The EU and Turkey have agreed on the broad elements of a deal to help stem the flow of people across the Turkish border into the EU. Assessing the content of the agreement, Rebecca Bryant writes that the EU is on the brink of making a costly mistake for the sake of domestic expediency. She argues that rather than shutting down migrant pathways, the EU should provide safe routes to Europe while obligating members to fulfil increased resettlement obligations.

The 29th of November 2006 and the 8th of March 2016: Almost a decade separates two dates that mark milestones in the Turkey-EU relationship. The first was the date when the European Commission recommended a partial freeze of Turkey’s EU entry talks, largely at the insistence of the Republic of Cyprus, an EU-member state that views Turkey as an occupying force in the island’s north. The second is the date on which the EU did an about-face and bargained Turkey’s relation with Europe on the bodies of refugees. What these two seemingly contradictory moments share is the sacrifice of a strategy based on EU principles for the tactics of short-term domestic politics.

Many commentators have written in the past weeks and months about Turkey’s slide into authoritarianism and the hypocrisy of promising to open accession chapters in exchange for Turkish cooperation in stopping the refugee flow to Europe. Much has been made of Turkish President Recep Tayyıp Erdoğan’s increasingly Putin-style leadership, including media censorship, crackdowns on perceived and actual opponents, and accusations of corruption. In these circumstances, it is not difficult to see that the EU-Turkey deal agreed on 8 March compromises EU values in exchange for political expediency.

While this is surely true, it ignores the responsibility of the EU leadership in the creation of this situation. A decade ago, Turkey’s ruling Justice and Development Party was more heterogeneous, with voices that still tempered the ambitions of the party’s most charismatic leader. In 2004, the party made the bold move of challenging entrenched nationalists in Turkey and encouraging Turkish Cypriots to vote in favour of a UN-backed plan that would have reunified Cyprus and opened Turkey’s EU door. Although Greek Cypriot voters rejected that plan, the Republic of Cyprus nevertheless became an EU member one week later. Cyprus’s veto has since been a convenient tool for countries such as France, Austria, and Germany that recognise Turkey’s importance but seek to block its membership.

This contradictory approach to the EU’s most significant aspirant country is not lost on Turks and is often emphasised in Erdoğan’s and other AKP leaders’ rhetoric. In a speech that he gave at the LSE while he was still Foreign Minister, current Prime Minister Ahmet Davutoğlu observed that his party had brought pride to Turkish citizens through the country’s rapid economic growth and rising global influence. Stump speeches and party slogans often emphasise the ‘greatness’ of Turkey. In other words, Erdoğan and the AKP coterie of unquestioning followers that he has gathered around him since about 2007 refuse to be rejected by an EU whose fracturing and financial decline they mock. ‘Greatness’ comes to stand for power and presence and to substitute for democracy and a weakened EU that they assert should knock at their door, rather than the other way around.

And this is precisely what has happened. In fact, given the current regional chaos it was perhaps inevitable. The ‘one in, one out’ deal tentatively agreed in Brussels would provide for return of refugees attempting to enter Greece in exchange for the resettlement in Europe of refugees registered in Turkey. As the European Commission’s official statement phrased it, ‘We need to break the link between getting in a boat and getting settlement in Europe’. However, the UN has declared the plan illegal, a breach of the 1951 refugee convention. Moreover, humanitarian agencies point to the EU’s embarrassing resettlement record, noting that by mid-January only 800 had been resettled in Europe of the 22,500 promised in 2015.

One could assume that EU leaders are scrambling in a context of crisis, yet there is in fact no shortage of humanitarian agencies and migration experts attesting that the deal is unlikely to stem the refugee flow. Plugging one border hole is only likely to lead to refugees trying other, perhaps even more dangerous, routes. And it does not address the fundamental fact that the continuing war in Syria and massive destruction in that country call for global solutions that entail large-scale resettlement and integration. After World War II and the Vietnam War, for instance, Europe and the U.S. acknowledged that the only solution to those refugee crises was permanent, mass resettlement. Such a realistic strategy to address the crisis is being blocked by the short-term domestic interests of EU member states and their leaders.

In 2006, had the EU adopted a long-term strategic rather than a short-term tactical approach to Turkey’s admission, it is likely that Turkey would have continued on its path of reforms, and Erdoğan’s ambitions would have been tempered by a different vision of the country’s future. In 2016, the EU is on the brink of making a similarly costly mistake for the sake of domestic expediency. Rather than shutting down migrant pathways, the EU should provide safe routes to Europe while obligating members to fulfil increased resettlement obligations. Any other proposal not only sacrifices principles to populism but risks impeding the development of long-term solutions to a problem that is not going away. 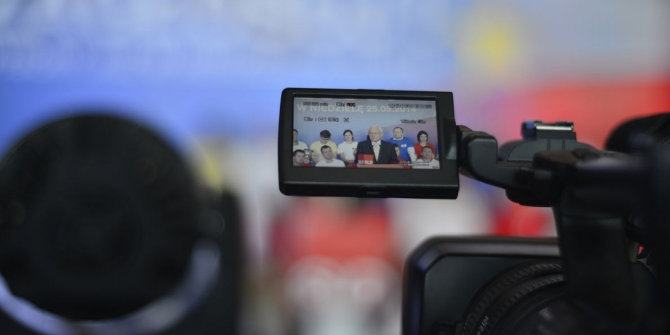 What are the prospects for the Polish left?