What can Twitter tell us about the nature of the UK’s referendum campaign? Drawing on an analysis of the first three months of campaigning, Simon Usherwood illustrates how each of the main groups have sought to convey their messages to voters. He notes that while Vote Leave followers are more likely to retweet material than their Stronger In counterparts, the online environment is a complex one, with followers often responding to content in ways that are difficult to predict.

As part of our work for the ‘UK in a Changing Europe’ programme, we’ve been conducting a running analysis of the social media campaigns of the two sides in the EU referendum. Through our weekly posts, we’ve tried to capture the bigger picture of what and how the different groups communicate with the public.

In particular, we’ve been interested in understanding better the types of subjects that each group talks about, as well as the extent to which they do by using positive or negative arguments. By coupling this to data about how much each tweet is shared – via retweeting or favouriting – we can now start to set out how the start of the official campaign period is working for each side.

First, though, some context. As the first chart shows, while there are a multitude of groups active in the debate (see here for a discussion of how we’ve selected these), these are not all equal. While the two official lead groups – Britain Stronger In and Vote Leave – both have substantial numbers of followers, they lag far behind Leave.EU, which has the only well-mobilised grassroots of any group (a pattern also found on Facebook). Leave.EU enjoy this position through their close links with UKIP and from their work since last autumn to develop local groupings. Thus, while we will focus mainly on the official groups, it is important to remember that these two do not have the biggest presence in the online debate.

Figure 1. Total number of followers of main Twitter accounts for each group

This also matters because we have yet to see a big take-off in followers since the start of the official campaign in mid-April: the audiences that have been built so far are largely the ones that each group is going to have to work with until much closer to the vote itself.

A second key point of context is the general extent of engagement by those different audiences. As can be seen below, the three largest groups are also the ones with some of the least engaged audiences: followers of Leave.EU, Vote Leave or Stronger In are less likely to share tweets with their own followers.

The reasons for this probably lie in the breadth of these groups, as compared to the more specialised focus of the other groups in our sample. Instead of having to cater to a wide range of interests, the latter are able to focus on a narrow set of topics, more likely to be of interest to followers, who in turn are more likely to be engaged, given the remit of the group. All of which means that it is all the more important for the big groups to find messages that cut through to their audiences.

Figure 2. Retweets and favourites per tweet per follower for each of the main groups (since 3 February)

Stronger In and Vote Leave have taken somewhat different paths on finding those messages. While both have placed much emphasis on simply sharing links and promoting events – which we have coded as ‘campaign’ in the chart below – Vote Leave has taken that to the point where more than half of their output since February has fallen within this category. When they have talked about substantive issues political questions have dominated their feed, alongside criticism of the EU.

By contrast, Stronger In have devoted much more of their attention towards the business or trade implications of EU membership, as well as other domestic impacts (including citizens’ rights, environmental protection or agriculture). This split between the two groups mirrors what we know fromrecent polling, which suggests that leavers are more motivated by political concerns, while remainers are focused on the economic side of things.

Figure 3. Percentage of tweets by theme (since 3 February)

With this in mind, it is interesting to see whether this is matched by the actual actions of the followers of each group. The next chart shows how much the average tweet for each theme is retweeted, if we control for the number of followers. We use this as a proxy for engagement, since retweeting means that the original tweet is shared to the user’s own followers and is thus seen by even more people.

Figure 4. Retweets per tweet/follower by theme (since 3 February)

The first observation is that, whatever the theme, Vote Leave followers are more likely to retweet than their Stronger In counterparts, although as we’ll recall from above, these rates are still well below those of other, more specialised groups.

For Vote Leave, the strongest engagement comes not from the narrowly political content, but instead from those tweets about the EU’s role in the world, followed by its rare comments about the remain camp. For Stronger In, endorsements by celebrities and public figures produce the best results, followed by its general positive messages about the EU: business tweets have one of the lowest rates of engagement. In short, the actions of followers do not fit very closely with what we might anticipate, something that is even more obvious when we compare the frequency of a theme with its engagement.

Of course, this does not mean that the polling evidence is wrong, but rather that the online environment is a complex one, in which the success or failure of content is shaped by factors not always in anyone’s control. Witness how the endorsements category is the most successful, on average, across the two groups, which reflects the demographic profile of Twitter and the nature of usage, where novelty and celebrity matter.

For now, the priority of each of the campaign groups will remain mobilising supporters and convincing those who are uncertain of the merits of their case. As we enter the final months of the campaign we will expect to see online activity reflecting these priorities even more.

Note: This article was originally published at UK in a Changing Europe and it gives the views of the author, and not the position of EUROPP – European Politics and Policy, nor of the London School of Economics. Featured image: Arne Hoel / World Bank 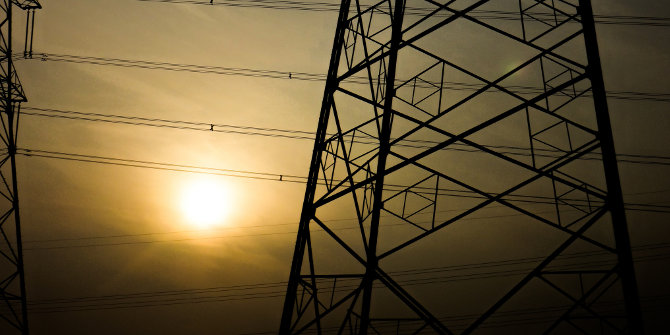