In an increasingly English-speaking world, is multilingualism still needed in the European Union? Based on Eurostat data, Michele Gazzola finds that making English the only official language of the EU would exclude approximately four out of five EU citizens from having a deep understanding of official information. This would in turn foster inequality in the access to EU tenders and likely end up further fuelling Euroscepticism. He argues that the relatively small share of the EU’s GDP invested in multilingualism is a price worth paying to ensure linguistic inclusion.

During a speech addressed to the European Parliament on 26 October 2004, Her Majesty the Queen of the Netherlands noted that while every state attaches great importance to the recognition of its language in the European Union, cooperation in Europe increasingly demands concessions in the area of language. As she stated, “unless we want to turn the EU into a Tower of Babel, we shall have to make every effort to understand each other as clearly as possible.”

And in recent years, a number of observers have argued that the EU should finally acknowledge the role of English as Europe’s lingua franca, take the bull by the horns, and make English the only official language of the EU. Less radical commentators have argued in favour of a trilingual policy based on English, French and German.

This proposal is, however, not without controversy. Replacing the 24 official languages of the EU with only English or with three languages (English, French and German) would not only disadvantage the citizens of some European countries more than others; it would also adversely affect economically and socially disadvantaged individuals, thereby increasing the distance between the EU’s institutions and its citizens.

In a recent study, I demonstrate serious flaws in the idea that reducing the number of official languages of the EU would be more effective and inclusive. Using data collected by Eurostat on almost 170,000 residents and their language skills in 25 EU countries, it is apparent that if English were the only official language of the Union, 45% of residents in the countries examined would have no access to legal documents, the webpages of EU institutions, or to the debates carried out in the European Parliament and broadcast across the internet. In other words, they would be linguistically excluded, and this can be viewed as a form of political disenfranchisement.

It would be risky, nevertheless, to put on the same level native speakers of a language and people who merely have fair or intermediate skills in the same language. When looking at EU residents who are neither native speakers nor proficient in English, the proportion of residents who would have difficulties in understanding political and legal EU documents increases to 79%. Four Europeans out of five. Thus, contrary to what is commonly believed, proficiency in English is not a basic skill in Europe, not even among younger adults.

Only 30% of respondents aged 25-34 have no knowledge of English, which is lower than the average (45%), but 74% of respondents in that age class do not speak English at a proficient or native level. This value is quite close to the average for the whole population (79%). In other words, the young are more likely to speak foreign languages than older generations, but they do not master these languages much better. This result is consistent with the recent results of the European Survey on Language Competences of pupils. A language policy based on English, French and German would be highly exclusionary too, because it would disenfranchise 26% to 49% of residents, depending on the indicator used, and these percentages are going to increase considerably after the withdrawal of the UK from the EU.

This is not the end of the story, though. Multilingualism is not only the most effective policy to convey information about the EU to Europeans. It is also the only one that is truly inclusive at a relatively reasonable cost (0.0087% of the EU’s GDP, 1% of the EU budget). A drastic reduction of the official languages of the EU would have regressive effects, because it would make the access to information published by the EU particularly difficult for the least educated people, those with the lowest income status, the unemployed, the retired, the permanently disabled and residents fulfilling domestic tasks.

For example, 17% of respondents who have successfully completed a tertiary level of education have no knowledge of English, whereas this percentage is 47% among those who have achieved only an upper secondary level of education. Some 21% of respondents holding a job have no knowledge of English, French or German, either as a foreign or native language, but this percentage is 41% among the unemployed. Residents with a relatively higher income are more likely to speak foreign languages than those who have a relatively lower income, and therefore they are less likely to be linguistically excluded if the EU stops using their mother tongue or primary language of education.

It is not just a blanket reduction in the number of languages that would be exclusionary. Even reducing the current domains of use of the official languages entails similar effects. In 2014, for example, 14 Directorates-General (DG) of the European Commission out of 33 published their home pages only in English, eight DGs published them in English, French and German, one DG in 11 languages, and 10 DGs in 24 or 23 official languages. These webpages often contain material that has strategic importance for economic actors, such as small and medium enterprises, associations and NGOs that compete for calls for tenders, funding programmes or procurement procedures. As a result, competition among actors may turn out to be biased because of a lack of adequate multilingual information.

Translation and interpretation are far better ways to build social cohesion in the EU by allowing individuals to take part in all societal processes. By contrast, a nineteenth century-style ‘one state, one language’ policy would exclude too many Europeans from EU business, and would be disproportionately damaging for the least advantaged. Ultimately, given the public opposition we now see to European integration, it has perhaps never been as important as it is now to bring the EU closer to its citizens by using their native languages.

For more on this topic see the author’s accompanying journal article in European Union Politics.

Michele Gazzola
Michele Gazzola is a Post-Doc Research Fellow at Humboldt-Universität zu Berlin, Germany, Research Fellow at the Institute for Ethnic Studies (“Inštitut za narodnostna vprašanja”) in Ljubljana, Slovenia, and a teacher at the Università della Svizzera italiana, Lugano. He is currently working on a research project on language policy, mobility and inclusion the European Union (project “MIME“). 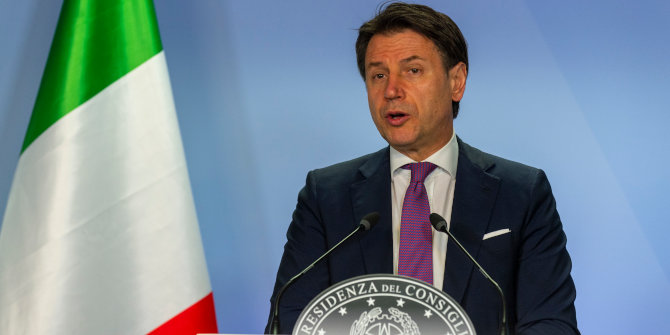