Bulgaria will hold presidential elections on 6 November, with a second round runoff scheduled for 13 November. Dimitar Bechev previews the contest, writing that the candidate supported by the country’s largest party, GERB, could face a tougher contest than originally anticipated.

Presidential elections in Bulgaria are supposed to be a rather dull affair. Many expected the candidate handpicked by Prime Minister Boyko Borisov to make it comfortably to the second round (to be held on 13 November), piggybacking on their patron’s popularity as well as the ruling party GERB’s (Citizens for European Development of Bulgaria) formidable electoral machine. To Borisov’s chagrin, that now seems less and less likely.

Polls suggest that the race between his choice, parliament speaker Tsetska Tsacheva, and General Rumen Radev, backed by the Bulgarian Socialist Party (BSP), will be tight. Not quite the suspense of the U.S. presidential contest, but certainly not lacking in drama either. And, to boot, the opposition frontrunner might actually have a fair chance. He could well rally the votes cast for United Patriots, an ultra-nationalist coalition between erstwhile sworn enemies the Patriotic Front and Ataka, for ABV (Alternative for Bulgarian Renaissance), a splinter group from the BSP, and several other minor players.

Borisov has only himself to blame for this state of affairs. He delayed his choice as much as possible, unveiling Tsacheva at the very last moment – well after other contenders had stepped into the fray. Once Tsacheva’s nomination was unveiled, on 2 October, many in GERB were underwhelmed. A loyal party footsoldier and a hard-working parliamentarian, no doubt, but Tsacheva is also someone dangerously short on charisma.

And it is not like there were no other options, including the mayors of Sofia and Burgas, Yordanka Fandâkova and Dimitâr Nikolov, or Tomislav Donchev, the slightly wonkish deputy prime minister overseeing EU funds. The latter could have pulled votes from the pro-Western Reformist Bloc (RB) whose ministers sit in GERB’s cabinet. Tsacheva, by contrast, is a hard sell. Calling for the relaxation of sanctions against Russia in her first TV duel with Radev and then taking an unapologetic line about her pre-1989 membership of the Communist Party is not the way to woo those 5-6% that are likely to support RB’s candidate Traicho Traikov in the first round.

Undoubtedly, Tsacheva will be aiming for support from women. “She will make a good mother of the nation”, Borisov assured the electorate on 2 October, following up by stating that “we are fed up with self-appointed fathers”. Whether the strategy works or not remains to be seen. So far, however, there is no polling data to suggest GERB has an edge among female voters.

As ever, what might decide the outcome of the election is horse-trading between the two rounds. The Movement of Rights and Freedoms (MRF), a party mainly representing Bulgaria’s Turks and Muslims, will emerge as the kingmaker, as on so many other occasions in the past. They fielded a candidate, ex-Prime Minister Plamen Oresharski, to demonstrate their electoral potential. Those votes will be up for grabs on 13 November: MRF has governed both with the BSP (2005-9, 2013-4) and, informally rather through a coalition arrangement, with GERB.

Borisov advised the MRF’s leaders on 21 October that they “should support the one who has access to power”. We shall see what price the MRF exact. The movement’s “business wing”, represented by the youthful tycoon Delyan Peevski, a controversial figure whose influence spans media, the judiciary and security services, could turn out to be the chief beneficiary. But that means Borisov will risk being backstabbed at some point in the future. As happened in June 2013, when Peevski was briefly anointed as the head of the State Agency for National Security (DANS) on the promise to arrest and prosecute Borisov. But now the two appear to have conveniently put that episode behind them.

Borisov has another option: turning to the United Patriots. They are going strong and Krassimir Karakachanov, their candidate, is expected to finish third in the first round, bagging about 9%. Creeping hysteria within Bulgaria over the influx of refugees and asylum-seekers is all wind in his sails. True to the spirit of patriotism, Karakachanov et al. will not be that difficult to co-opt. A ministerial portfolio here and some extra pork there are sure to do the job. Moreover, they are not as risky a proposition as the MRF.

On the flipside, the Patriots will have hard time controlling their voters. Some of them, especially those leaning towards Ataka, will defect to General Radev. An ex-chief of the country’s air force, pro-Russian in orientation, and with a fondness for citing refugees as a top national security threat, Radev has everything required to achieve this in practice. Ataka and the Patriotic Front (itself a coalition between two smaller parties, VMRO and the National Front for the Salvation of Bulgaria) may fall out over the spoils from a putative deal with Borisov.

Bringing the Patriots into the government implies that the Reformist Bloc will have to yield ground. Borisov is already setting the tone – he has blamed the Bloc for undermining the decision of Rossen Plevneliev not to run for a second term as president. The “reformers”, a rickety coalition from the start, are not likely to survive the divorce from GERB. Some of its constituents will scramble to stay on in government – on Borisov’s conditions. Others, including the presidential candidate Traicho Traikov, will opt to be in opposition. If MRF and Peevski formalise their alliance with GERB, there will be no other choice.

To be sure, Borisov’s luck and proven skills as an accomplished political operator might fail him on this occasion. Radev could end up carrying the day by a small margin. GERB will have to adjust and share some of its power. Borisov could even experiment with early elections in order to strengthen his hand (he has recently made such threats). The BSP, a political force in slow-motion decline, will struggle to put up a credible challenge. Either way, the November vote holds the promise of shaking up Bulgaria’s political scene out of its semi-lethargic state. Winter is coming, indeed!

Note: This article gives the views of the author, and not the position of EUROPP – European Politics and Policy, nor of the London School of Economics. Featured image via sputnik.bg. 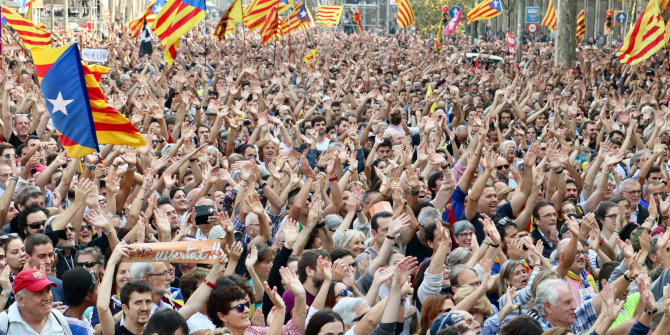 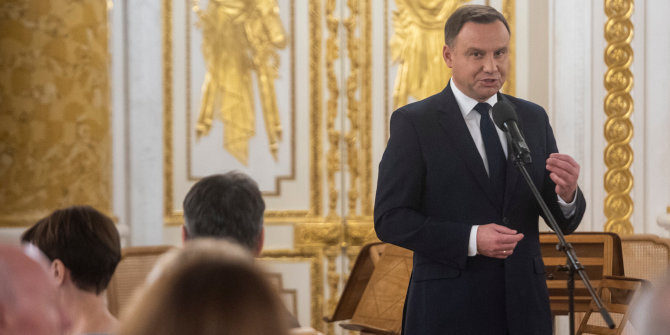