Given that polling companies predicted a tight race again in Austria’s presidential election on 4 December, Alexander Van der Bellen’s relatively comfortable victory came as a surprise to many observers. Marcelo Jenny provides an early analysis of why Van der Bellen proved successful and assesses what the wider implications are for the country.

After the longest electoral campaign in the country’s history, Austria finally elected a new President on 4 December, Alexander Van der Bellen, the former Green party leader. The final result, including absentee votes, is 53.8 percent of valid votes for Van der Bellen and 46.2 percent for Norbert Hofer, the candidate of the Freedom Party of Austria (FPÖ). Hofer already conceded his defeat on Sunday evening.

On this occasion, then, Van der Bellen was confirmed decisively as the next President: unlike in May, when he won a narrow majority of 50.35 to 49.65 percent of the votes against Hofer. Listing large-scale irregularities in postal votes counting, the Freedom Party appealed the result at the Constitutional Court. The Court overturned it and ordered a complete rerun, which was initially scheduled for October, but in September parliament had to take the embarrassing decision of postponing it to December because of faulty glue on postal vote envelopes.

Turnout was at 74.2 per cent, which is higher than in the annulled second round election in May (72.7 per cent) and in the first round (68.5 per cent). It attests to the high degree of polarisation in the country caused by the long campaign. Austrians living abroad showed a much higher interest in participating via absentee ballots. The campaigns were mostly on hold during the summer, but became increasingly bitter in their final stretch. Both campaigns tried to depict their own candidate as a centrist moderate and the opponent as a political extremist.

Van der Bellen’s campaign assembled a list of prominent representatives from the Greens, Social Democrats (SPÖ), Liberals (NEOS) and Christian Democrats (ÖVP), stressing his broad political appeal. In favour of the Freedom Party was the structural majority of right parties in recent elections. The polls indicated no clear winner in the last few weeks of campaigning, so the clear victory of Van der Bellen came as a surprise. Any quick analysis runs the risk of being imprecise or missing important factors, so the following points are forwarded with caution.

A vote for stability

The news coverage of how the British government wants to stem the negative economic consequences of Brexit, and the political roller coaster ride that the United States might face after electing Donald Trump as President could have swayed some voters, especially from the People’s Party (ÖVP), to forsake the thrill of the unknown and opt for political stability. Compared to the annulled second round in May Van der Bellen also re-mobilized his voter base better than Hofer.

In the early stretches of their campaigns, both Van der Bellen and Hofer publicly stated their intention to become a ‘strong President’ standing for a new era in the relations between President and government (the current government is a coalition of the SPÖ and ÖVP). The country’s semi-presidential constitution provides the President with powers over government formation and dismissal, but so far those who have held the office have acted mostly as ‘state notaries’ who ratified what the political party or parties in government had decided.

Van der Bellen said during the campaign that due to the Freedom Party’s anti-European stance he would not automatically hand it the task of government formation if it became the largest party in the next parliamentary election – the party currently leads in the polls. Hofer said he would dismiss the government due to its handling of the refugee crisis, or if did not work effectively. These radical statements proved harmful to the candidates, and both tried to tone them down the longer the campaign lasted. Van der Bellen seems to have been more successful in achieving that goal. His campaign ultimately stressed that he would deal carefully with the powers of the office and preserve Austria’s international relations.

Hofer said early in the campaign that he was in favour of a referendum on Austria’s EU membership if Turkey joined the European Union or if treaty revisions lead to greater centralisation. He repeatedly denied afterwards that he or the Freedom Party really wanted Austria’s exit from the union (a so called Öxit) but the accusation stuck and the rival campaign relentlessly pounced upon it. Similar to a political action committee in US elections, liberal industrial tycoon Hans Peter Haselsteiner financed a separate campaign which warned in stark terms of that danger and served the right-wing populist party with a taste of its own methods. Interpretations from outside, including a final hour statement by UKIP leader Nigel Farage that the FPÖ would call for an exit referendum once in power, were quickly denied by Hofer’s campaign.

After Van der Bellen’s victory, a continuation of the traditional role of the Austrian president as a ‘state notary’ is more likely. Presidential activism would run counter to his campaign messages of being careful with the powers of the office. And some strategic voters who went to his side in the hope that he will block Freedom Party leader Heinz-Christian Strache as representative of the largest parliamentary party from leading the federal government might face disappointment in the future. It is difficult to see on what grounds Van der Bellen could deny that request, if the Freedom Party again declare that they are not in favour of Öxit and remain faithful to the European Union.

Note: This article gives the views of the author, and not the position of EUROPP – European Politics and Policy, nor of the London School of Economics. Featured image credit: James Cridland (CC BY 2.0) 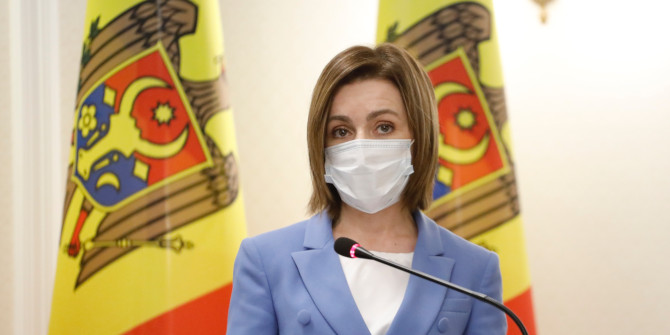