Theresa May’s speech on 17 January laid out some of the key aims of the UK government as it seeks to leave the European Union. Inez von Weitershausen presents an overview of the reactions from Germany, writing that responses ranged from anger and disappointment to more hopeful calls for a constructive relationship with the UK following Brexit.

Those commentators suggesting that Germany’s reaction to Theresa May’s Lancaster House speech is one of Schadenfreude discard one crucial fact: the government of Angela Merkel has, along with most German citizens, a rather distinct idea of the purpose and added value of the European Union. While aware of the material benefits which Germany derived from the integration process initiated by the Treaty of Rome in 1957, most Germans do not reduce the EU to its economic component and the wider benefits associated with a common market. Rather, alongside many other member states – in particular the other five founding members France, Italy, Belgium, Netherland and Luxemburg – they overwhelmingly regard the Union as a guarantor for peace in Europe.

The high levels of support for the EU in Germany are also rooted in the fact that most Germans see the EU as a place where novel forms of social organisation have successfully been tried, and where a commitment to multilateralism, negotiation and civil forms of crisis management have trumped ‘balance of power’ politics, coercion and perceptions of power that rely predominantly on military capabilities. It is against this background that the initial reactions of many German politicians, the mainstream media and citizens to Mrs. May’s speech have to be understood.

Among the former group, foreign minister Frank-Walter Steinmeier (SPD) was quoted as having underlined the need for “continued constructive engagement” with the United Kingdom, while the vice president of the European Parliament, Alexander Graf Lambsdorff, suggested that “fair treatment” was crucial. In contrast to this conciliatory approach, stood the initial reaction by Reinhard Bütikofer, Member of the Greens/EFA in the European Parliament, who declared that Mrs May did not succeed in “sugar-coating with friendly words the radical nature of her politics”.

Similarly, a piece from Christoph Scheuermann in Der Spiegel noted that rather than seeking a conciliatory approach, May had presented a catalogue of demands, “topped up with some threats”, pointing out that many of her sentences had begun with the words “I want.“ Germany’s principal public news broadcasting radio station, Deutschlandfunk came to a similar conclusion, stating that while legitimate, May’s ‘divorce plans’ left no ambiguities, and were likely to trigger an equally self-interested response by the other 27 EU member states.

Hours after May’s announcement of what has been termed a ’hard Brexit’, German public opinion very much reflected these different attitudes. In the online discussion forum of the Sueddeusche Zeitung, for instance, some readers saw little reason for worry as they perceived the EU’s negotiation position to be considerably stronger than that of the United Kingdom, while others deplored a new kind of “British ‘fairness’ built on threats”. Other voices suggested that Mrs May merely carried out the wish of the majority of British voters and acted in a way they considered “appropriate for the homeland of democracy”, whereas sceptics of this position placed ‘hard Brexit’ in a larger, international context, concluding that “this is bad for all Europeans and good for Putin & Co”.

The latter statement also broadly reflects the position of Sueddeutsche Zeitung itself, which argued that Europe was now obliged to make ‘Brexit’ sufficiently expensive to prevent other countries from following suit, suggesting that “the more the UK government pushes for sovereignty and tries to take an unduly independent line, the higher the tariffs and barriers” should be.

In order to contextualise statements such as the above, it is necessary to recall, however, that Berlin never wished for London to leave the EU in the first place, and that in particular Angela Merkel had made numerous attempts to accommodate demands by former Prime Minister David Cameron, in an effort to support the UK’s continued membership. Even seemingly harsh statements by some officials, commentators and the public must thus be understood against an overall positive attitude towards the United Kingdom.

This is also reflected in commentary by the Frankfurter Allgemeine Zeitung, which ends its lead article on the issue with an appeal for continued cooperation. Suggesting that “the EU of 27 and Britain should do anything they can in order to ensure that the division does not turn into another ‘Wars of the Roses’, and that the prospect for a close and cooperative relationship ‘post-Brexit’ is not challenged”.

Apparently not quite as willing to accept the outcome as the final verdict yet, was Germany’s main tabloid, BILD. In addition to underlining the potentially crucial role of the European Parliament in the Brexit process, the newspaper also quoted an interview with LSE Professor Iain Begg from May 2016 in which he attested that May had shown “wishful thinking” with regard to her desire to replace the common market and the customs union with some sort of a free trade area.

What is clear is that with the general tone of responses in Germany reflecting either anger, disappointment, or a form of (perhaps vain) hope, Schadenfreude fails to adequately describe the German reaction to the United Kingdom’s first step out of the European Union. 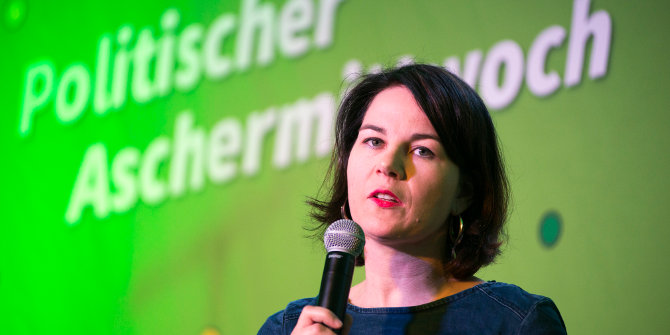