In Re-Making Kozarac: Agency, Reconciliation and Contested Return in Post-War Bosnia, Sebina Sivac-Bryant focuses her longitudinal study on the town of Kozarac in north-west Bosnia as one of the only successful examples of contested minority return following the ‘ethnic cleansing’ of the community in the 1990s. The book fills a significant gap in addressing questions of reconciliation, community rebuilding and trauma at the grass-roots level and will offer valuable lessons to researchers and practitioners working in the fields of post-conflict peacebuilding and transitional justice, writes Sarah Correia. 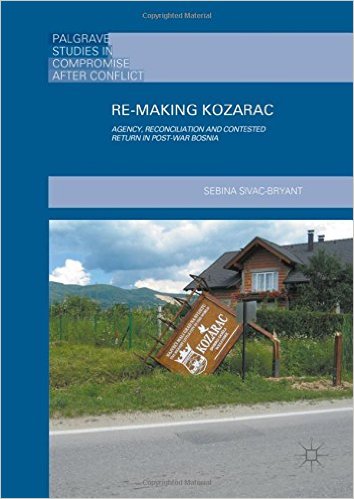 Amidst the horror of the 1992-95 Bosnian war, Kozarac stands out as one of the most extreme cases of ‘ethnic cleansing’. On 24 May 1992, this small town in the municipality of Prijedor in north-west Bosnia, mostly inhabited by Bosnian Muslims (now known as Bosniaks), was attacked by Serb forces. More than 1000 people were killed in the attack, and the rest of the population was incarcerated in the concentration camps of Trnopolje, Keraterm and Omarska, where they were subjected to torture and murder. The town was virtually destroyed: most houses still standing after the attack were set on fire and razed to the ground to prevent the possibility of return. At the Dayton Peace Accords, Prijedor was assigned to the entity of Republika Srpska. A significant proportion of the surviving population, however, decided to return despite systematic obstruction. The town is now notable as the most successful case of refugee return in Bosnia-Herzegovina. Re-Making Kozarac: Agency, Reconciliation and Contested Return in Post-War Bosnia tells the story of how the survivors of ‘ethnic cleansing’ rebuilt their community.

A longitudinal study combining oral history and traditional and digital ethnography, Re-Making Kozarac focuses on the ‘returnees as agents of change, endowed with dignity, agency and knowledge that can assist with reintegration even in the radically transformed political and social landscape of their former home’ (13). The book places self-reliance at the centre, describing the path taken by the ​kozarcani from incarceration to exile and back to Bosnia to highlight how the return process was self-driven, relying on individual agency as much as communal networking.

Author Sebina Sivac-Bryant is a native of a village close to Kozarac, from which she was expelled in 1992 aged seventeen, eventually resettling in the UK. This gives her a unique perspective: she concedes her personal investment in this research as part of her interest in ‘finding and reconstructing the story of how [her] two brothers were murdered’ (22). The book, however, is by no means autobiographical, and the author refers to her experience only to state her positionality, which allows her to preserve the fine balance between distance and involvement that is the mark of sound ethnography.

One important feature is the centrality of the experience of a voluntary military unit composed of refugees from the region and members of the pre-war diaspora. Based on oral history, Chapter Two, ‘The Army of the Dispossessed’, offers an account of how the 17th Krajina Brigade was formed in exile to fight for the liberation of their homes. Bound together by a shared experience of victimhood and highly motivated by a sense of injustice and duty towards the dead, the brigade became one of the most effective fighting units of the Bosnian Army. Their success was based on communal self-reliance through the logistical support provided by the pre-war diaspora and the moral support of displaced co-citizens for whom the soldiers became their most prestigious members. 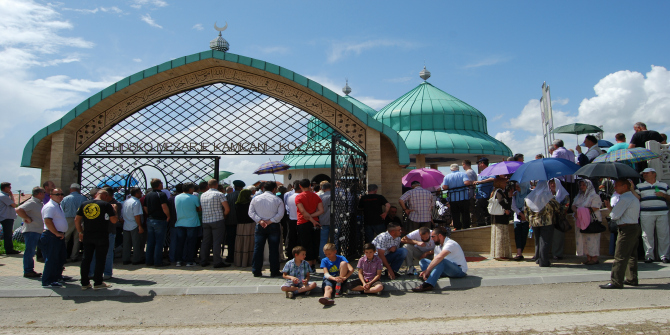 The following chapter, ‘Return’, reveals how after the war the veterans were key in the early stage of the return process. Then, thousands of people were concentrated in Sanski Most in the Bosniak-Croat entity, but neighbouring Prijedor from which they had been ‘ethnically cleansed’. Back in civilian life as displaced persons, the veterans’ military achievements provided the community with a sense of security and organisation necessary to face the challenge of contested return. This chapter also reveals a gendered dimension to how this challenge was met: one which problematises dominant assumptions about gender roles in the patriarchal society that Bosnia-Herzegovina remains. The author gives particular significance to an event in which women organisations played a crucial role in imagining return by crossing the inter-entity boundary to revisit their former homes, when even former soldiers dared not. The women’s association ‘Srcem do mira’ (‘Through the heart to peace’) organised the first convoy of civilians that visited Prijedor against the advice of the veterans, who were worried for the women’s safety. The convoy was attacked with stones by local Serbs, but the women persisted. Back in Sanski Most, they were surprised by a welcome party organised by the veterans, who now felt confident enough to proceed with return regardless of obstructions.

Once return and physical reconstruction were underway, the main problem was not only how to cope with the irreplaceable loss of murdered loved ones, but also of friendships and good neighbourliness across the ethnic divide that had been part of pre-war identities. The returnees’ priority was to find the missing and provide them with proper burials. Funeral rituals became an important element in how the population dealt, individually and collectively, with their sense of loss, by making the dead once again part of the community. But Sivac-Bryant also explores small rituals of everyday life like coffee drinking and family visits, in which people shared stories within the privacy offered by the group.  One particular vignette stands out, in which a woman tells others how she confronted a former neighbour about events that took place during the ethnic cleansing:

Goran blushed, looked at me and said ‘How come you, my neighbour, are not reacting to how many people [Serbs] are not on the list for voting?’ I said, ‘why would I react?’ Suvada said to me ‘I will never again go anywhere with you.’ Goran replied: ‘Well, we are neighbours.’ I said, ‘We were neighbours until 1992 and since 1992 we can never be neighbours again. If we were neighbours in 1992 you would have told me: Hey, you are young, this and this will happen, you should run.’ I said: ‘You know very well that it was a Friday before the Sunday when all began [the attack], and your mother and wife were preparing some food saying they are going to Palacinste whilst I was waiting for a bus at the bus stop. She could have told me too ….’ I said: ‘Even if I could have helped [regarding voting] I would not. Who are you to me that I ought to report?’ He became very angry, ‘how … he is in the uniform and I dare to speak like that’… Emsuda [listening to this story] replied, ‘You should have told him, you know Goran, your people are walking and ours are not [implying they are dead] … I always have something ready to tell them.’ (105)

The other women praise her courage and then exchange advice on how to be prepared for such situations. The author argues that such moments helped returnees reintegrate their personal traumatic experiences while providing the possibility of moving on.

Sivac-Bryant highlights the positive role of this type of communal storytelling, connecting the traumatic past and the present in a way that empowers the victim community with the awareness that they are now in control of their own lives, which she considers the starting point without which reconciliation will not be possible. She contrasts this with the approach towards witnessing and memorialisation favoured by mainstream transitional justice. She examines the case of the failed mediation process by a British NGO, ‘The Soul of Europe’, which sought to construct a memorial in the iron mine of Omarska, the site of the infamous concentration camp. The author describes how the project was based on assumptions of victims’ identity as passive and stuck in a traumatic past from which they should be rescued by outsiders. She highlights how the project, quickly abandoned in the light of the Serb authorities’ refusal to allow any memorial, resulted in division within the community’s informal leadership as well as between returnees and the diaspora.

The final section points to the future, focusing on the challenge of the long-term sustainability of the returnee community through the case study of two business companies. The owners, a 17th Brigade veteran and a diaspora member involved in the brigade’s logistical support, made successful careers abroad but decided to return, moved by their emotional attachment to Kozarac. The genesis of both companies lay in the wish of their founders to contribute to the community’s long-term survival (opstanak) by inducing a change in mentalities, thus opening up a new possibility of organic integration. They invested in businesses that they operate ethically, refusing corruption and political pressures and providing job opportunities for locals regardless of ethnicity. The image the author projects stands in striking contrast with dominant perceptions of Bosnia-Herzegovina as a hopeless country. My experience of fieldwork in Bosnia tells me that there are many more stories yet to be told of successful, ethical entrepreneurship quietly contributing to social repair.

Re-Making Kozarac fills a significant gap in the scholarship about post-war Bosnia-Herzegovina where, despite the profusion of academic studies about the political system, reconciliation and victimhood, case studies focusing on the grass-roots community level remain scarce. But the book’s relevance goes much beyond its empirical contribution: it offers valuable lessons for researchers as well as practitioners in the fields of post-conflict peacebuilding and transitional justice as it shakes ingrained assumptions about victimhood, trauma and reconciliation.

Sarah Correia is a final-year PhD student in the Department of Government at LSE. Her thesis focuses on collective memory, national identity and the experience of ‘ethnic cleansing’ in Bosnia-Herzegovina. 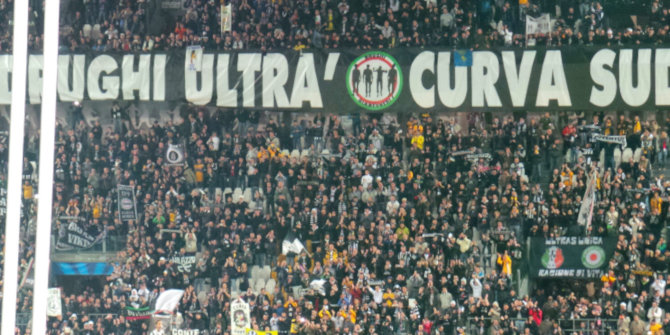