Dutch voters will go to the polls today for parliamentary elections against the backdrop of a diplomatic spat between the Netherlands and Turkey. Hans Vollaard writes that until the Turkish incident, the campaign had been surprisingly low-key, but the polling suggests an unprecedented level of fragmentation in parliament, with no party likely to win more than 30 seats.

The campaign for the Dutch parliamentary elections had remained a relatively undramatic affair until now. That was until it became entangled with Turkish domestic politics. The Dutch government’s decision to prevent Turkish ministers from campaigning on Dutch soil for a referendum on constitutional reform in mid-April has led to demonstrations by Turkish-Dutch citizens and a diplomatic dispute.

The spat has provided the Turkish President, Recep Tayyip Erdoğan, with the foreign enemy he needed to mobilise support from Turkish citizens abroad for the contested constitutional reforms. Meanwhile the Dutch Prime Minister, Mark Rutte, leader of the fiscal-conservative VVD party, has also been given an opportunity to profile himself as the leader of the country, whereas his rightwing competitors, the Christian-Democrats (CDA) and the Freedom Party (PVV), have both portrayed the protesting Turks as a sign of their failed integration into Dutch society.

Until this dramatic episode, the Dutch election campaign had been a surprisingly low-key affair. In contrast to previous elections, there have been no parties with a strong lead in the polls. For quite some time, the Freedom Party had been predicted to be the largest party, but its leader, Geert Wilders, has not been very active in the campaign outside of the occasional tweet. He also refused to participate in two major debates between party leaders. These limited campaign efforts are partly due to problems associated with his personal protection, which he has received since 2004 because of death threats for his anti-Islam statements.

Even if Wilders has not been very active under the circumstances, he has nevertheless received considerable attention in the media. For his part, Mark Rutte also refused to take part in the first major televised campaign debate, which was meant to be a confrontation between prime ministerial candidates. Similar to Wilders, Rutte did not want too many other party leaders participating and declined to attend. The first confrontation between these two leaders took place just two days before the elections. Thus, the initial plan of the VVD to make this campaign a contest between an experienced Prime Minister and an irresponsible firebrand has not played out very well.

Instead, other parties – notably the Christian-Democratic CDA, the social-liberal D66 and the GroenLinks party – have remained prominently in the spotlight. Their leaders have also played the prime ministerial card. In contrast to its image of a party always willing to govern, the CDA has adopted a more oppositional style. In the past legislature (2012-2017), the CDA did not support the government when it sought a parliamentary majority on issues such as housing. In the campaign, it has tried to attract rightwing voters by offering a strong defence of Dutch traditions. Alexander Pechtold (D66) and Jess Klaver (GroenLinks) have meanwhile emphasised their desire to be Prime Minister for all the country’s citizens, including migrants and their descendants.

With 28 parties participating and without much party loyalty among voters, competition remains tough. The main motto for party leaders has therefore been to avoid making mistakes in the campaign. Apart from the leader of the pensioners’ party 50Plus, who struggled to explain how his party would finance the return of the retirement age to 65, little drama has occurred in this respect. Parties have rather respectfully disagreed about issues such as out-of-pocket payments in healthcare, more opportunities for euthanasia, the flexibility of the labour market, the introduction of a mileage taxation, subsidies for students, and European integration.

The final major TV debate on the day before the elections featured thirteen party leaders discussing a variety of policy proposals rather extensively, but also several confrontations between potential coalition partners on issues such as income differences and anti-Islamic statement by Wilders.

The Labour Party (PvdA), led by Vice-Prime Minister Lodewijk Asscher, has had to face the challenge of defending its government responsibility for major reforms and cuts in the welfare state, while also putting forward proposals to invest more in the welfare state. The elections will likely lead to a dramatic decline for the party, which has been one of the largest parties in Dutch politics for several decades. Surprisingly, the left-wing, populist Socialist Party has not made any gains in the polls. Former PvdA supporters still hesitate over whether to vote at all, or are instead considering a vote for GroenLinks or D66. The losses the governing parties (PvdA and VVD) are expected to face will once more underline that governing means losing votes in the Netherlands.

According to the latest polls, no party will gain more than 30 out of the 150 seats in the Second Chamber, the lower house of parliament. That would be a remarkable result as going back to the Second World War, the largest party has never won less than 31 seats. If the polls are right, the elections will also be remarkable for the fact that two pro-European and multicultural parties (D66 and GroenLinks) will make more gains, and will be larger together than the anti-EU and anti-Islam Freedom Party. The unavoidable conclusion is that the Netherlands remains deeply divided on issues such as migration and European integration.

The coalition formation process will start the day after the elections with a meeting of the leaders of the parties elected in the Second Chamber. If the formation process from the last election in 2012 is followed again, the largest party will have the right to propose an individual to explore coalition possibilities. No later than a week after its installation (23 March), the new Chamber will discuss the outcomes of the vote.

Most parties do not want to cooperate with the Freedom Party in a new government because of its proposals against Muslim citizens alongside its radical and, in some cases, unelaborated ideas. But outside government, the Freedom Party might yet exert influence on its competitors. And that is rather likely. It requires at least four parties to have a majority in the First Chamber, the upper house, which can reject or accept bills that pass through the Second Chamber. Such a majority is near impossible without the VVD and CDA. GroenLinks and in particular the centrist D66 might also be part of the new coalition government. And that would also be remarkable as the Dutch elections have attracted so much international attention because of the expected gains for the populist, anti-Islam and anti-EU Freedom Party. 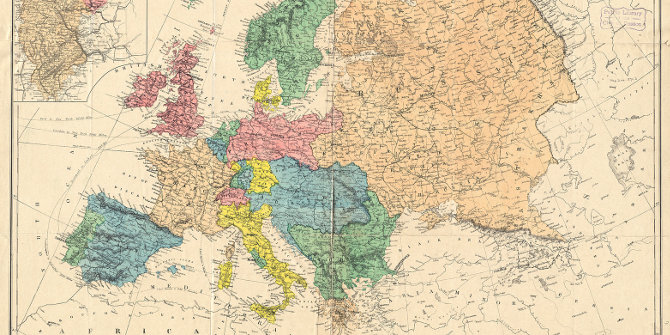 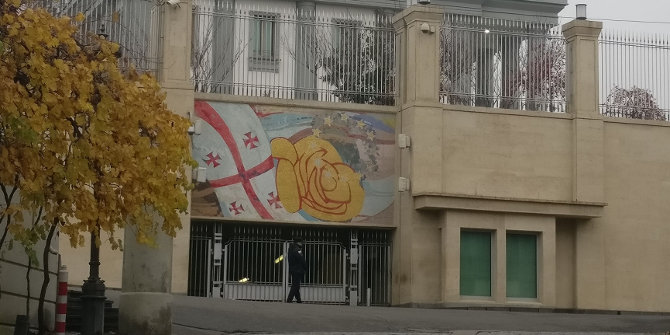