In Russia, Aleksei Navalny initiated a new nationwide wave of protests that confirmed the Kremlin faces significant legitimacy issues, especially among the younger generation. Tomila Lankina argues that this trend is not confined to Russia, and can indeed be noticed across the continent – from Macron’s victory in France to young people taking a more active role in politics in the UK and elsewhere.

The recent protests in Russia echo political trends in Europe where youth disaffected with lack of economic prospects, soaring unemployment, and high student debt retreat into apathy and wallow in their disillusionment with established political parties and political class; embrace alternative political leaders and movements like Emmanuel Macron and his En Marche! in France; or indeed take to the streets and protest.

In the charismatic anti-corruption lawyer and activist Alexei Navalny, the young protesters see a fresh face untainted by association with either the ruling regime or the political opposition forces of the past whom the regime skillfully portrays as political has-beens or sell-outs to the West. Navalny’s physical injury that he sustained when anti-septic liquid was thrown into his face, leaving him partially blind, has put down to rest allegations of collusion with the Kremlin, reinforcing his image as a brave challenger of the political status quo.

The June protests represent a qualitative, not substantive change over the March protests, for by many accounts the demographic make-up of rallies remained similar but the extent and reach of the street contention has widened. The share of school-aged youth in these events may be exaggerated, yet it is this demographic that has attracted the most attention of the media and commentators. Some of the young protesters who have spoken to the media about their motivations to protest consider themselves the new generation of leadership in Russia’s political opposition; they have braved the streets despite looming school exams; and have spoken about awareness of the risks and sacrifices they are prepared to take. What is also impressive is the emphasis on rule of law that comes through in many interviews with the young protesters. The young activists have become skillful at identifying procedural violations in the sanctioning of rallies; and in the policing of protest; indeed, the wider anti-corruption protest frame has been couched in rule of law terms.

It would be however premature to extrapolate the latest protest events to the sentiments of youth, broadly defined, at large. Young people in their 30s may not share the opinions and the risk-taking urges of the so-called generation Z who caught the media’s attention in the March and June protests; and those in their 40s, the generation of parents of the current teenagers, still relatively young, have been in fact branded as the generation of apathetic “vegetables” by some of the protesters. Indeed, those in their 30s and 40s have seen both the relative prosperity of the oil boom years of the early 2000s and the disillusionment with the course of Russia’s nascent democracy in the 1990s making many representatives of this generation cynical about joining rallies. Furthermore, the online chat groups facilitating the building of communities of like-minded activists like the informal “Protesting Moscow” online community may well be confined to the sophisticated young urbanites of large cities.

These nuances of the demographic, regional, and socio-economic aspects of participation complicate the building of alliances across the various segments of Russian society. Navalny may well be precluded from contesting the 2018 Presidential elections, which are in any case likely to be heavily rigged in favor of the ruling regime. The growing socio-economic woes of ordinary Russians however may lead to a broader protest wave constituted of what the Economic geographer Natalya Zubarevich refers to as segments of the different “Russias”—the rural and urban Russias, the Russia of small and large cities, and of the various ethnic communities. The rigged electoral process is less likely to lead to a fundamental shift in Russia’s regime and political system than would the contentious politics of the vast swathes of Russia’s disaffected population.

Note: This article gives the views of the author, and not the position of EUROPP – European Politics and Policy, nor of the London School of Economics. A version of this article originally appeared at PONARS. 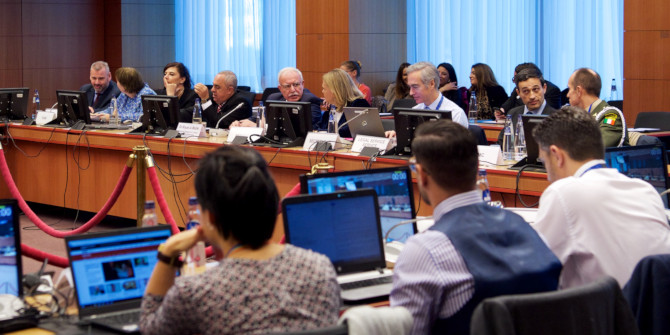