People who live in regions that receive high levels of EU funding might be expected to have more positive attitudes toward the EU. However, as Adam William Chalmers and Lisa Maria Dellmuth demonstrate, this relationship is not as simple as it might appear. Drawing on a recent study, they illustrate that a region’s needs make a large difference to the effectiveness of EU funding in building public support: where funding meets a clearly defined need for the local population it has a far more positive effect.

Public support is central to the functioning of the European Union. Yet over the past decades, the EU has become increasingly publicly contested, severely limiting its ability to solve problems effectively. A growing number of academics and policy-makers have become interested in public support towards the EU, however, we know little about what the EU itself can do to shape public support.

In a recent study, we examine when, how, and why the EU is able to shape public support for the EU through spending. The answer to these questions is critical to our understanding of the determinants of public support for the EU, the ability of the EU to legitimise itself through public policies, and the controversy about fiscal redistribution through the EU budget now taking place.

Many academic studies show that the more EU spending that countries and regions receive, the more citizens in these countries and regions support the EU. But existing studies linking EU spending and public support focus on net beneficiary status and not on those EU funds that can be identified by citizens as flowing to their immediate living environment: the European Structural and Investment Funds (ESIF) flowing to EU regions. Hence, most studies tend to overlook the fact that the EU targets specific economic issues in specific EU regions such as Greater London, Bavaria, Liguria, and Catalonia. Instead, previous work on EU spending and public support lumps together any number of spending policies carried out by the EU.

In our study, we argue that the amount of spending is only part of the story. Drawing on insights from the policy feedback literature, we show how the impact of ESIF funding on support for the EU is moderated by a region’s economic need. The better the fit between how EU money is spent and a region’s economic need, the more citizens will support the EU. Results from a statistical analysis provide support for our argument.

Our argument is that understanding the impact of the EU’s spending policy on support requires a nuanced approach to the degree to which spending is appropriate given regional economic need. We assume that individuals care about whether public capital is spent appropriately given social and economic need in that individual’s region. The extent to which the money transferred accommodates the needs of a region will influence whether the amount of money transferred influences the support for the EU of people living in that region.

Drawing on a unique individual-level data set encompassing 127 EU regions in 13 member states during the period from 2001 through 2011, we compare the effects on support for the EU of EU spending targeting across policy areas, regions, and over time. We examine spending targeting employment, social inclusion, transport, infrastructure, agriculture, energy, and environment.

Figure 1: The marginal effect of human capital, transport and environment spending on public support for the EU in different areas 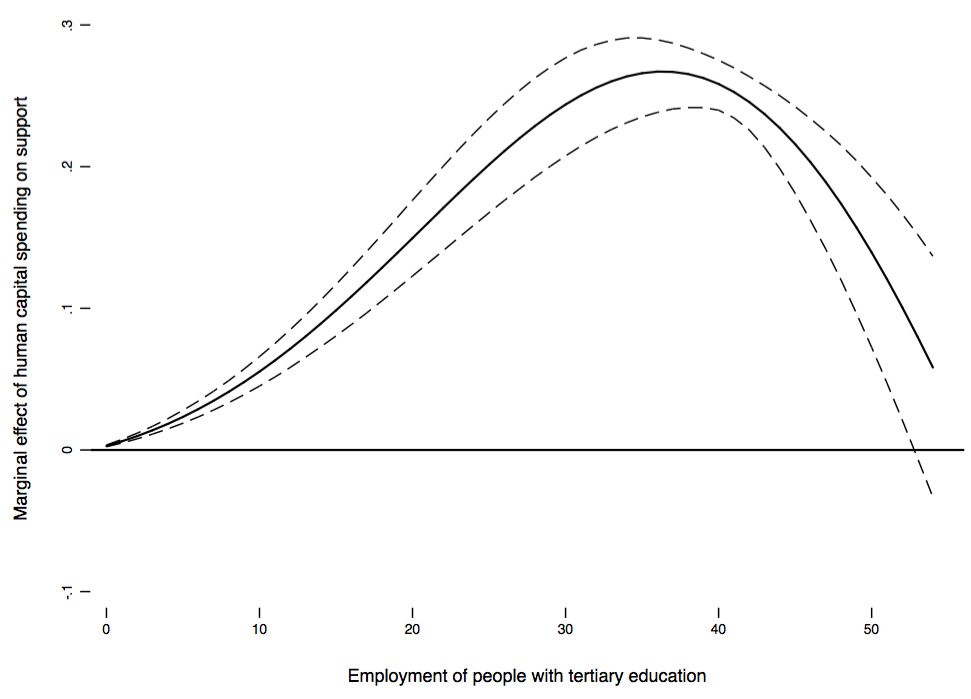 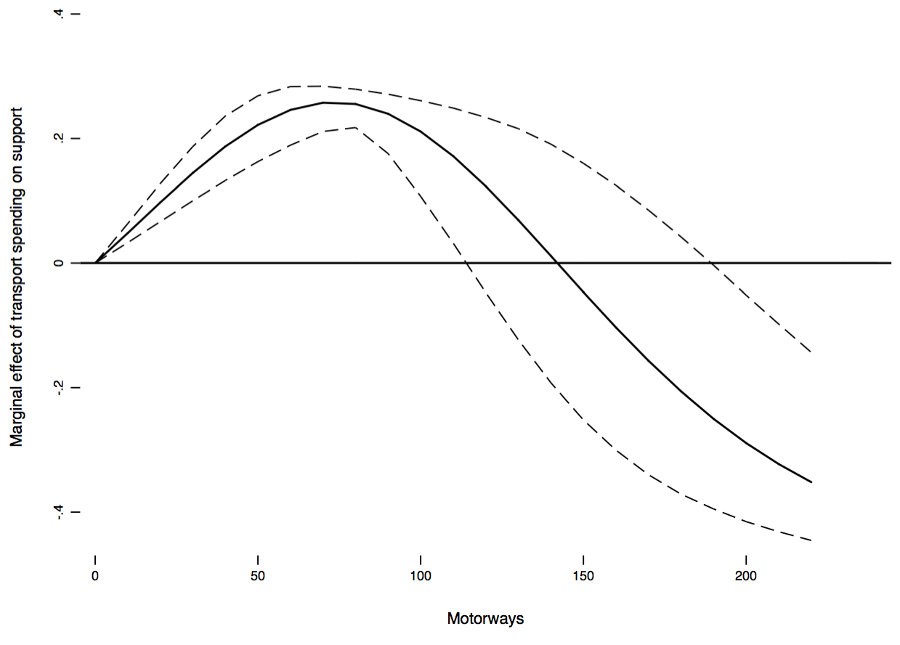 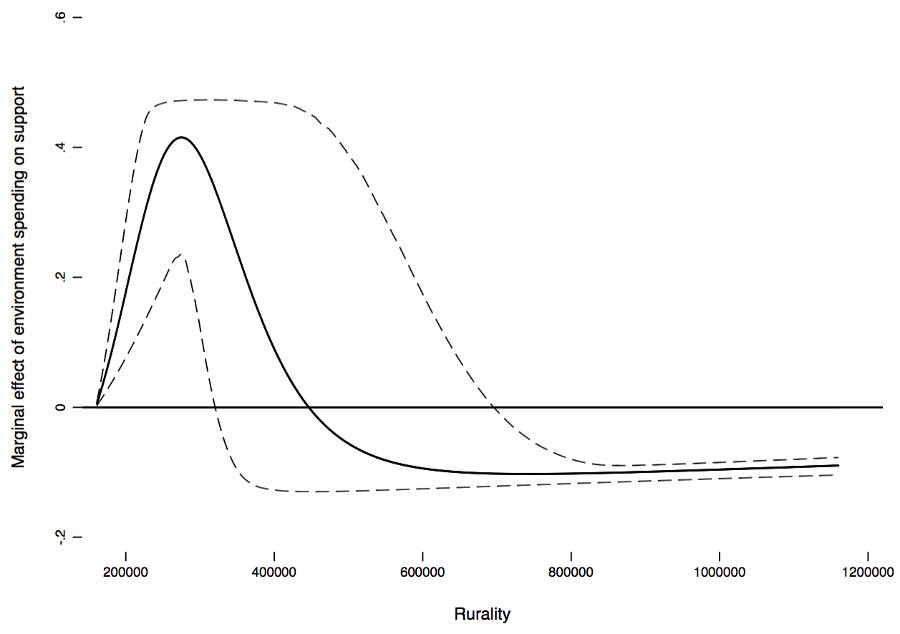 Note: For more information on these figures, see the authors’ accompanying journal article.

Our findings have both academic and societal implications. To begin with, they mark an important advance on existing scholarly research. Economic theories of support for the EU need to be substantially refined to identify the impact of distributional consequences or economic benefits on attitudes toward the EU.

Overall, the EU is found to be able to shore up public support in its institutions through spending policies – but only if spending is needs-based. Needs-based spending has an even greater effect on public support in relatively salient policy areas. Yet the EU is not unique in the difficulties it faces in shoring up democratic legitimacy in its institutions through policy-making. In regional and international organisations other than the EU, organisational legitimation strategies that seek to enhance public support through policy are typically not linked to spending but to other forms of policy output such as soft law or providing stakeholders with access.

As research has shown, public support for regional and international organisations is of widespread relevance, and is just as important for organisations like the United Nations, the International Monetary Fund, and the Common Market of the South (Mercosur) as it is for the EU. As such organizations are increasingly becoming the object of contestation, research about how and when they can enhance public support becomes more relevant.