Drawing on 25 years of research, The Holocaust: A New History offers a new major treatment of the Holocaust that traces events in their entirety from their origins to their horrifying conclusions. Gary Wilson praises Laurence Rees for this eminently readable account, which offers definitive insight into this appalling history. 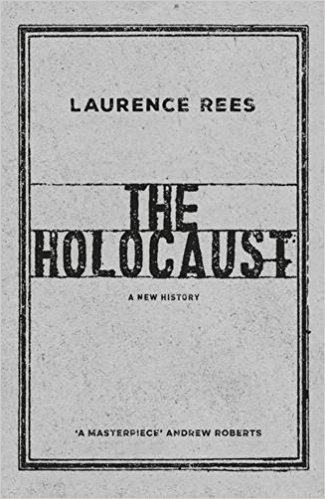 It is over 30 years since Martin Gilbert’s epic history of the Holocaust was published, and as any literature survey will demonstrate, this new text from Laurence Rees represents the first major treatment of the history of the Holocaust in its entirety – tracing it from its origins to its conclusion – since then. Gilbert’s work is a classic, and no subsequent text is likely to decrease its relevance, but Rees has nonetheless constructed a superb account of arguably the most depraved and appalling event of modern times, deserving a place alongside it as one of the definitive books of the Holocaust. This is not surprising. Rees has researched the events of the Holocaust for many years and is the writer-producer of numerous television documentary series, including the BBC’s Nazis: A Warning from History and Auschwitz, The Nazis and The Final Solution.

Running to over 400 pages, The Holocaust traces events broadly chronologically from the decades which led to the Nazi seizure of power in Germany to the conclusion of the Second World War. The book is extensively researched and draws upon witness testimony taken from both the victims and the perpetrators of the atrocities, as well as documentary evidence and the recorded speeches of key personnel within the Nazi’s governmental machinery, including Adolf Hitler.

It is easy to think of the Holocaust purely in terms of the crimes perpetrated against Jews in such concentration camps as Auschwitz, Bergen-Belsen and Treblinka, yet to understand the very possibility of this necessitates both a wider appreciation of its events and a longer-term grasp of history. While the book’s main focus is upon the atrocities committed against the Jews, it does not omit acknowledgment of the fact that other groups, such as the Roma and people with disabilities, suffered considerably during the Nazi’s reign of terror.

Rees spends the early part of the book exploring the origins of anti-Semitism in Germany, its role in the development of Hitler’s political thinking and the emergence and growth of the Nazis in the 1920s and 1930s. The oppression of the Jews took many forms, which varied both at different times and in different parts of Europe under German occupation during the Second World War. In the 1930s after Hitler had assumed power, Germany’s Jews were subject to increasingly oppressive measures, but the scale and extremity of the persecution that would take place following the outbreak of war were still to be reached. Rees details the key developments of this period, during which Jews were attacked and abused, had their businesses boycotted and, after the adoption of the Nuremberg Laws, became subject to discrimination under the law on the basis of religious identity. Although the first ‘concentration camps’ were established, beginning with Dachau, these did not resemble the extermination camps with which the events of the Holocaust would become closely associated a few years later. 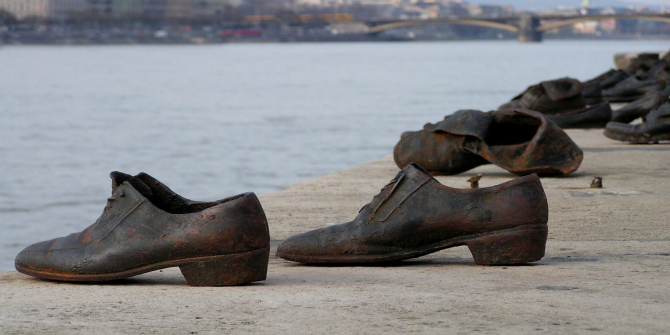 An early idea of the Nazis for tackling their perceived ‘Jewish problem’ was a mass expulsion, with the island of Madagascar mooted as one possible location for resettlement. Rees explores the evolution of such strands of thinking, as well as the failure of other states to come to the assistance of the Jews through acceptance of substantial numbers of refugees. The Catholic Church’s stance on the treatment of the Jews is also explored, it being notable that although some figures and groups made efforts to assist them, the Pope made little protest in the face of the escalating horrors of the period.

As Rees unpicks the key events of the Holocaust following the outbreak of the Second World War, some striking characteristics of the course of developments become apparent. While the extension of German control across Europe brought more and more Jews within its reach as it occupied more countries, the treatment of Jewish populations varied in accordance with local and strategic factors. This point is illustrated first in the differential treatment of the Jews of the Benelux countries, Denmark and Norway, but also later in the experiences of Slovakian, French, Italian and Greek Jews, amongst other nationalities. It was significant that whereas large numbers of Jews were saved in some countries because of the brave assistance afforded them by the wider population, in others many met their deaths at least in part because of the efforts of collaborators sympathetic to the Nazi cause. Italy is an interesting case, where despite the notorious rule of the dictator Benito Mussolini, and notwithstanding the adoption of various anti-Semitic measures, most Jews lived in comparative safety until after Mussolini had fallen from power and Jewish deportations began to take place.

A particularly interesting account is provided of the origins of the gas chambers, the most infamous mode of mass killing associated with the Holocaust, in which millions perished. Rees notes that ‘it is a common misconception that gas chambers emerged as the preferred killing method of the Holocaust simply because of the desire of the Nazis to kill Jews in large numbers’. In actuality, mass killings were initially conducted via firing squads, although reluctance on the part of those tasked with this responsibility called for ‘a cheap and simple method of mass killing that spared the killers the psychological stress caused by facing their victims eye to eye’, ‘a method of making the killing easier – for the killers’. Rees traces the origins of chemical modes of killing in the Nazi adult euthanasia programme and explains how through experimentation, these ultimately gave rise to the development of the gas chambers in concentration camps.

The Holocaust is a well-written, well-researched and eminently readable book that ought to be read by all who seek to understand this most evil of events. The importance of its contribution is best articulated by the author himself, who in the final lines writes that: ‘although the contents of the book […] are distressing, I believe it is still important to understand how and why this crime happened. For this history tells us, perhaps more than any other, just what our species can do.’ 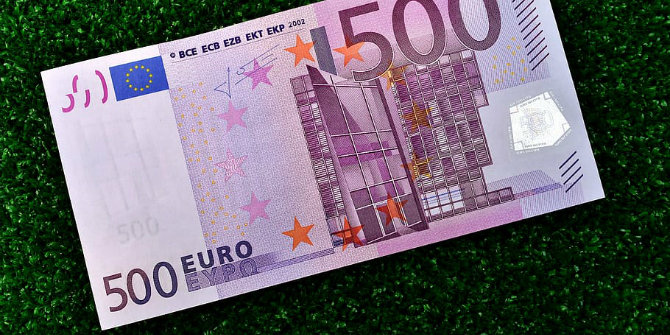