In a non-binding vote on 6 July, the European Parliament called for the suspension of EU accession talks with Turkey if it fully implements proposed constitutional changes that would increase President Recep Tayyip Erdoğan’s powers. Dimitar Bechev states that the reality is Turkey’s membership talks have already failed, but the EU’s best strategy is nevertheless to preserve the status quo as cancelling the process would do more harm than good.

The painful truth about the EU-Turkey membership bid is that it has already suffered a death by a thousand cuts. Launched in 2005, the negotiations were largely blocked – whether collectively by all EU member states or unilaterally by Cyprus – over Ankara’s failure to comply with commitments to open its maritime and air ports to Greek Cypriot ships and aircraft. By the end of the noughties, it became abundantly clear talks were not going anywhere.

Neither the EU nor Ankara had the will to give ground. In the meantime, Turkey reinvented itself from a membership hopeful to a regional powerhouse, pursuing its leadership ambitions in the Middle East and North Africa. François Hollande’s attempt to revive the talks after his arrival to the Elysée in 2012 was cancelled by Turkey’s rapid backslide away from democracy.

The refugee deal from the spring of 2016, struck outside the formal framework of the membership negotiations, brought the relationship with Turkey closer to the kind of ties the EU has with a number of North African countries: outsourcing migration management in exchange for direct financial aid and commitment to liberalise visa regime applied to their own citizens.

Time may be ripe to call the charade off. We have reached the stage where the whole exercise is futile. On 6 July, the European Parliament passed a non-binding motion to formally suspend the negotiations, unless Turkey makes certain concessions on how it implements the constitutional changes passed by the referendum last April. The odds of it doing so are zero. Erdogan et al do not see any point in courting the EU.

Being lectured on the virtues of liberal democracy and urged to treat kindly and even share power with opponents makes no sense given the puny rewards involved. And even if membership were on the cards, I would not bet on the Turkish government, having survived a coup attempt, going softer on Kurdish nationalists, secularist critics, civil society, journalists (and so on). The EU, for its part (and certainly Germany which lately has been locked in a vicious spat with Turkey), does not see accession as a viable option currently, if it ever had. So why go on pretending?

Well, for the obvious reason that terminating the negotiations would be little more than an act of self-righteousness. Its direct effect will be to empower Erdogan to tighten the screws even more domestically, while bashing the perfidious foreign powers whose only aim is to weaken Turkey with help from their fifth column inside the country. In the short term, the democratic opposition may feel vindicated by the snub against the government. But in the longer run, the drift from the EU will insulate even further the AKP from external pressure, however feeble it is at present. If the negotiations are to be abandoned, let it be Erdogan, not the EU Council, who pulls the plug. Then it will be his responsibility for squandering a historical opportunity.

In all likelihood, the all-powerful president will stick to his Western-bashing routine, eying the 2019 elections and the entry into force of the new constitution. In parallel, technocrats in the government will probe ways to advance functional ties with the EU (e.g. upgrading the Customs Union). Turkey will continue to gravitate towards Europe economically, irrespective of the changing political weather. EU policymakers should make use of whatever limited leverage they still hold. And one day, who knows, the negotiations could reemerge from the deep freeze. Not to forget, the compromise Turkey signed up to in 2005 was that the talks were to be open-ended. They might also lead to a special relationship, perhaps close to what the post-Brexit UK is moving towards. 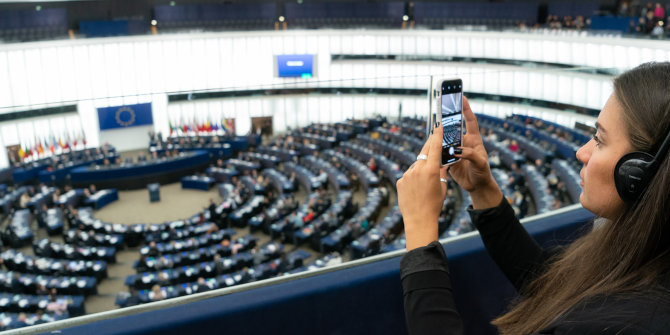