In Analysing Corruption: An Introduction, Dan Hough offers a new textbook that underscores the difficulties of defining, measuring and analysing corruption. While arguing that some of the challenges facing corruption research and policy may be overstated in the book, this is a good wide-ranging introduction to some of the main ideas and evidence driving the study of corruption today, finds Paul Caruana-Galizia. 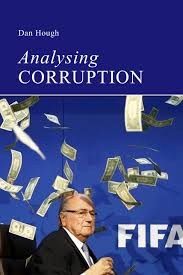 For something that’s difficult to measure, corruption has a strikingly visible effect on our landscape. London’s average house costs thirteen times more than the average Londoner’s earnings, yet luxury towers keep rising, often in the place of council estates. Who are these new buildings for?

Completed in 2014, the Vauxhall Tower’s five-story £51m penthouse was reported by the Guardian to have been bought by Andrei Guriev, a former Russian senator whose business partner has close ties to Vladimir Putin. We don’t know for sure that this skyscraper apartment was bought with the proceeds of corruption. We have not witnessed the accumulation of funds necessary for the purchase of real estate beyond the price range of most Londoners. Instead, we read reports of Guriev’s links to Putin and his alleged attempt to obscure ownership behind offshore companies. Any evidence of corruption in this case is, therefore, necessarily circumstantial. It relies on connections between people and assets, and will always be contested.

Dan Hough’s introductory textbook, Analysing Corruption, is a good overview of how frustratingly difficult it is to define, measure and analyse corruption. Did Guriev break any laws? Where and what is the evidence? Are Guriev, and by extension Putin, corrupt by Russian or European Union standards? Which norms and laws apply? Do we have useful measures for corruption? Hough’s critical perspective is welcome, but it’s perhaps overly cautious.

Hough explores these themes and questions firstly through a chapter that discusses the ‘definitional challenge’ of corruption, where he concludes that there will ‘unlikely ever be one definition, or even one set of definitions that keeps everyone happy’ (46). Next is a chapter on the ‘measurement challenge’ in which he concludes that data on corruption is now in ‘abundant supply’ (69) but ‘cannot […] provide definite answers’ (70). Both of these challenges – definition and measurement – are overstated.

Corruption exists between private parties with implications for us all, as Hough reminds us with the ‘Libor scandal’, where financial market traders colluded to manipulate the London interbank lending rate. Other definitions don’t cover this explicitly, but it exists quite commonly in national laws (for example, the 2010 UK Bribery Act). It’s also hard to imagine there would be any serious opposition among corruption fighters to updating the definitions to include private office.

Hough may also overstate the weakness of corruption measures, like Transparency International’s Corruption Perceptions Index or the World Bank’s Control of Corruption indices, both of which rely on surveys of businesspeople and country experts. Is there any social statistic that people universally agree is ‘definitive’?  Gross domestic product (GDP), perhaps the most widely used of these, has been argued over since its creation in the 1940s. We remain unsure which activities it should measure, whether it’s a useful policy target or even whether it measures welfare. It is inaccurate and is, more often than not, revised.

The faults with GDP are similar to those of corruption measures – should we measure public or private corruption; can we use corruption indices to evaluate policy; are we measuring perceptions or legal cases; and what do we make of the revisions to corruption indices? These flaws haven’t stopped us learning a lot about policy from GDP’s use and misuse, and they shouldn’t prevent us doing the same with corruption indices.

Over the last three substantive chapters of the book, Hough very usefully reviews national, international and ‘citizen power’ attempts at fighting corruption. At all levels, the record is mixed. National anti-corruption laws flounder in contexts of corruption, a reminder that effective laws follow social norms and not the reverse. When Bangladesh’s military-backed government instituted an anti-corruption agency in 2007 – the Financial Intelligence Unit – and strenghtened the Electoral Commission, claims of prisoners and suspects’ ill-treatment and torture soon emerged (145). The new laws and institutions became tools of abuse in the hands of the government.

International agreements are also difficult to prepare and enforce. The United Nations adopted a resolution calling for international cooperation against corruption as early as 1975. This resolution remained, as Hough put it, a ‘paper tiger’ (108) until the next resolution came twenty years later. This was followed by other declarations and resolutions to limited effect: as Hough states, ‘the UN does not tend to have the tools to enforce (or even monitor) its own anti-corruption clarion calls’ (109).

Citizens’ attempts at fighting corruption give us hope. Nepal’s government organises an Integrity Idol contest, which is like The X Factor, but where individuals promote accountability and transparency rather than sing (155). This goes some way towards developing a new social norm of anti-corruption. In other countries, like the United Kingdom, ‘armchair auditors’ – local residents – have uncovered fraud in the public procurement processes of their local authorities. It’s unclear how much we can expect of armchair auditors and contests like Integrity Idol, however. In reading these chapters, you get the impression that anti-corruption efforts would be more effective if we spent less time chasing after the ideal measure and definition in academia and policy, and more time working with what we have.

The book is a good review of why corruption research and policy can be difficult and unsatisfactory. It introduces the main ideas and evidence driving research as well as the academic literature driving policy. Its main strength is that it reviews work from different fields, from political science and anthropology to economics. It also covers policies and corruption cases from the United Kingdom to China and Nepal. In taking a broad view of the field, however, the book loses some focus. Readers won’t finish the book with a clearer idea of what works in fighting corruption, what the more successful causal explanations are and what the most useful corruption measure is.

Analysing Corruption might be the first book to assign someone who’s new to the field, but it shouldn’t be the last. There’s now a large body of literature, which Hough refers to throughout his book – including the work of Susan Rose-Ackerman and Bo Rothstein – that provides applied analyses of corruption and can give readers a clearer sense of how corruption is analysed in practice and what the results are.