At her meetings in Brussels this week, Theresa May and the European Commission agreed to ‘accelerate’ the stalled Brexit negotiations. But, as John Ryan writes, after a bruising election result, Angela Merkel will be preoccupied with coalition talks until Christmas. The UK should not expect major concessions from Germany, which knows its principal interest is in preserving the Single Market. 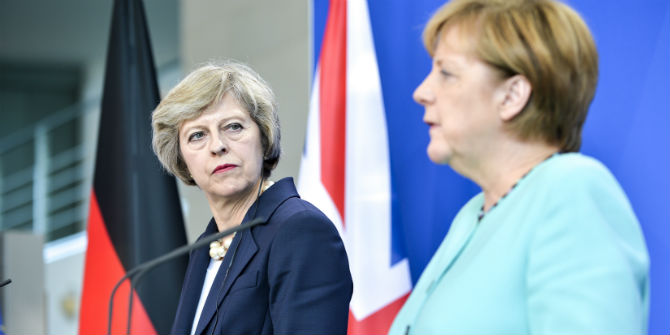 John Ryan – LSE IDEAS
Professor John Ryan is a Fellow at LSE IDEAS (International Strategy and Diplomacy). He was previously a fellow at St Edmund’s College, University of Cambridge, and at the European Integration section of the German Institute for International and Security Affairs, Berlin, Germany.