Coalition talks in Germany between the CDU/CSU, the FDP and the Greens have collapsed, with the FDP withdrawing from the discussions after four weeks of negotiations. Julian Göpffarth assesses why the FDP chose to quit the process and what is likely to happen now.

This morning, Berlin woke up in shock. Most observers anticipated that the so-called Jamaica coalition negotiations would not be easy, but feasible. Some suspected that the attempt to build a coalition between the Greens and the CSU would be doomed to failure, but nobody thought the FDP would be the party to quit the talks.

After four weeks of agonising but nevertheless advancing talks, Germany is now experiencing its moment of shock, comparable in some ways to the unexpected election of Trump or the pro-Brexit vote. Once again, the establishment’s reluctant optimism has given way to an unexpected result. And while it is still too early to understand all the dynamics at play, it is possible to highlight some early observations on what led to this crisis point and what could happen next.

Why did the FDP quit the talks?

Until late on Sunday night, the news coming out of the negotiations had been contradictory. While some insiders announced breakthrough agreements on critical issues, these optimistic statements were denied by the FDP. While representatives of the Greens and the CSU signalled progress on contentious issues, the liberals remained largely silent. According to some reports, the Greens and the CDU/CSU were stunned by the harshness of the FDP negotiation strategy, with some arguing that the liberals were trying to position themselves to the right of the CSU – a political region normally reserved for the AfD.

If this is true, it is not only the unexpected nature of the result that has parallels with Trump and Brexit, but also the fact that the rise and emergence of a new political actor played a decisive role in it. In other words, what has become clear is that the rise of the AfD has changed the German political landscape forever. Old certainties like the steadfastness of German political stability have waned. And contrary to what most expected – even after the difficult outcome of the September elections – Germany is not the exception to this trend of political instability.

It is difficult to say at this early stage what the final trigger was that pushed the FDP to leave the negotiations. What became clear in the first FDP statements after the failure of the talks is that there was no core issue that led to the failure. If one wants to believe the representatives of the other parties, compromises were close even on the most contentious issues. Arguably, one of the most important reasons for the FDP’s surprising move is that it sharpens its profile against what many perceive to be an increasing cartelisation of German politics by the SPD, CDU/CSU and the Greens. During the election campaign, the liberals repeatedly picked up the AfD call for a strict immigration law and a stronger insistence on ordoliberal principles. Over and over again the party underlined that it will not give up its core principles and insisted on its unique ideological profile, which merges social liberalism with an insistence on law and order in European economics and German immigration.

It is likely that FDP supporters will not be the only ones to celebrate the party’s reluctance to compromise on its principles for the sake of prestigious government posts. After four years outside the German parliament, the fear of once again losing voters as part of a coalition government might be stronger than the urge to take up government responsibility. But more importantly, the FDP’s surprising move might also find support among voters who supported the AfD as “the last true opposition party” in a political landscape based on compromise rather than political conflict. It remains to be seen whether this strategy will pay off and strengthen the party’s support. Much will depend on the developments of the coming days and weeks.

Federal President and former SPD foreign minister Frank-Walter Steinmeier will play a central role in what comes next. There are three options on the table. A new grand coalition with the SPD, a CDU-led minority government, or new elections. While it is known that Steinmeier would rather support another grand coalition than option two and three, the majority of the SPD party base as well as most of its leadership have repeatedly ruled out option one. In the wake of the failure of the talks, Ralf Stegner, a member of the SPD leadership and the leftist party wing, tweeted that the SPD won’t be ready for another grand coalition – with or without Merkel. The SPD since confirmed that they are not willing to enter into a coalition.

Option two and three are without precedent in German history. The idea of minority governments summons widespread memories of the continuous political instability in the Weimar Republic and fears of radicalisation. Furthermore, most parties have underlined the responsibility of Germany as an “anchor of stability” in Europe. Given the cautious political character of Steinmeier and Merkel, any move that would lead to further insecurity and instability is unlikely. Yet, the option of a minority government tolerated by the SPD could also allow the Social Democrats to show responsibility without having to join yet another grand coalition. If the SPD decided to do so, Merkel could remain chancellor without losing face. Given the lack of trust apparent between the FDP and CDU/CSU and the unity that the Greens and CDU/CSU displayed after the failure of the negotiations, this minority government would most likely be a coalition between the Greens and the CDU/CSU.

What remains is the option of new elections. If there is to be either a minority government or new elections, Federal President Steinmeier would have to nominate Merkel for election by parliament. If Merkel failed to win an absolute majority, another vote would be held after 14 days. In the case that this second vote did not lead to an absolute majority for Merkel, a third round of voting would have to take place. Here, a simple majority would suffice. In any case, Steinmeier would have the last say in deciding whether to accept the vote (and thus a minority government) or to dissolve the Parliament. In this case, snap elections would have to be held in the following 60 days. While most of the parties have repeatedly said they are ready for a new election, few are really keen on yet another campaign that could potentially further strengthen the AfD or weaken Merkel.

Will Merkel be the next chancellor?

The question of how much Merkel wants to remain in office after the difficult outcome of the election and the subsequent blow dealt by the failure of the negotiations will be central. It is unlikely that she will simply give up. Yet, she might want to seize the moment to gradually hand over leadership to a younger generation of leaders that represent the move to a more liberal CDU that was ushered in under her leadership. New elections with a new CDU candidate supported by Merkel could be an opportunity for her to leave with dignity and to secure her legacy. However, this could bring with it the danger of a further polarisation of the CDU/CSU, especially in light of the coming state elections in Bavaria where the CSU is expected to lose ground to the AfD. It is unlikely that Merkel would step down or hand over power in this moment of crisis.

What is clear is that the Federal Republic of Germany faces a period of unprecedented insecurity over its political future. There are more questions than answers and too many variables to make a reliable prediction of what may come. All the options are on the table and reliable scenarios and expectations of what may transpire are hard to conceive. Even after the surprising election result in September, most observers expected Germany to return to relative stability. Much like the Brexit vote and the election of Trump, one night sufficed to shatter old securities and to make clear that Germany is not an exception to the larger shift towards political instability in western democracies.

Julian Göpffarth – LSE
Julian Göpffarth is a PhD candidate at the at the London School of Economics. He holds a degree in European Studies from Sciences Po Paris and the LSE and has worked for the European Parliamentary Research Service. His research interests include nationalist ideologies, radicalisation, European politics and philosophy. 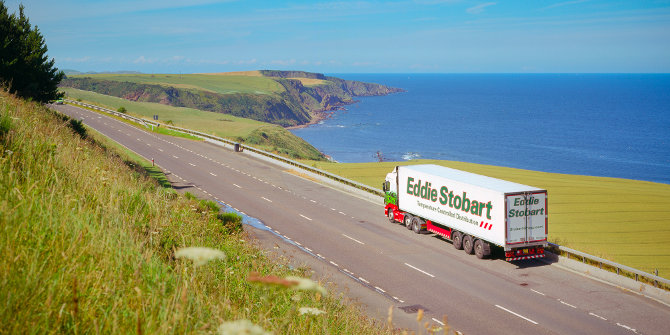