On 4 March, local elections will be held in Belgrade. Although the importance of the contest has been downplayed by the ruling Serbian Progressive Party (SNS), led by Aleksandar Vučić, the country’s opposition is hopeful of dealing the SNS a rare electoral setback. Marko Čeperković highlights that with parliamentary elections on the horizon, the vote in Belgrade could go some way toward breaking the image of invincibility that the SNS has built since it came to power. 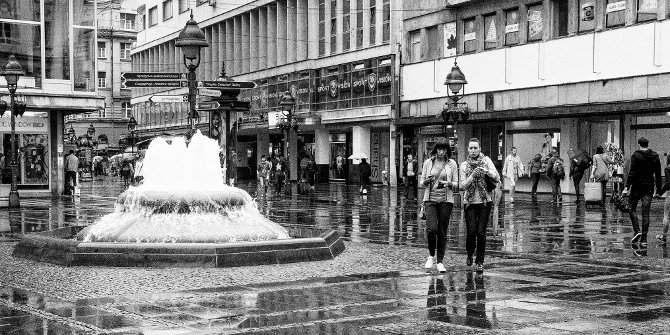 Local elections will be held in Belgrade on 4 March. While the opposition claims that this is the most important election since the events of 5 October 2000 and the fall of Slobodan Milosevic, the ruling Serbian Progressive Party (SNS) is downplaying the vote’s importance, portraying the election as something of an irrelevance when compared with the gravity of other pressing issues such as the country’s EU accession and Kosovo-Serbia relations.

Why are both sides taking a different view on the election? There are three potential reasons. First, there are 1.61 million registered voters in Belgrade, approximately a quarter of the total electorate in Serbia. Due to the sheer number of voters involved, Belgrade is seen by the opposition as a good testing ground for future parliamentary elections and for their capacity to influence the governing party, led by Serbia’s President, Aleksandar Vučić. Compared to the rest of the country, the SNS does not poll as well in Belgrade as it does elsewhere. Moreover, as Table 1 indicates, the number of votes the ruling coalition has received in the last three elections in Belgrade is in steady decline. This trend gives the opposition hope that it is possible to defeat the SNS and its partner the Socialist Party of Serbia (SPS) in Belgrade and pave the way for a more coherent opposition campaign in the next parliamentary elections, which may take place as early as spring 2019.

Table 1: Voting patterns for the SNS and SPS in the last three Belgrade elections

Nevertheless, ever since coming to power in 2012, the SNS has not experienced a single defeat in any election in Serbia – be it parliamentary, presidential or local. This is mostly due to the loyalty of its members, its influence over the media and state resources, and the weakness of the opposition. An elderly gentleman once said in a response to a pollster’s question about elections in Serbia that he would vote for one of the candidates when that candidate comes to power – making it clear that you must be perceived as a winner in order to be able to count on support.

This aura of the winning party is very much present in Serbian politics, and many vote for the expected winners for no other apparent reason than their perceived invincibility. This has a twofold effect – motivating the voters of the winning party and demotivating others. That is why, since it came to power, the SNS has managed to attract hundreds of thousands of new members. In the period from 2013 to 2016, their membership increased by 250,000 – from 350,000 to 600,000 members – making it, without doubt, the largest party in Serbia in terms of membership. Therefore, the possibility that they could be defeated in Belgrade raises questions about the future capacity of the party to capitalise on its image of invincibility.

But is it realistic to expect the SNS and SPS can be defeated in Belgrade? The electoral process for the Assembly of Belgrade is based on proportional representation, and electoral lists must receive at least five per cent of the votes cast to enter the Assembly. There are 24 declared electoral lists, and according to the recent polls, six of these will almost certainly reach the required number of votes to win seats. These lists are: the SNS, which is polling 38-40 per cent; the Movement of Free Citizens (PSG) – People’s Party (NS) – Dragan Đilas, which is on 16-19 per cent; the list of Aleksandar Šapić, who is President of one of Belgrade’s municipalities, which is polling between 11 and 15 per cent; the Socialist Party of Serbia (SPS) – United Serbia (JS) list, polling 6 per cent; the coalition gathered around the Democratic Party (DS-Nova-SDS), which is currently between 4 and 7 per cent; and the coalition of the right-wing movement Dveri and the ‘Enough is Enough’ movement (DJB), which is polling around 5 per cent. Table 2 gives an overview of the lists and their current support.

Table 2: Polling for selected lists ahead of the Belgrade local election

Before the campaign had begun, many opposition leaders called for a single opposition list, which, in their respective view, would be the only possible way to defeat the ruling coalition of the SNS, SPS and the Serbian Democratic Party. Alas, after failed negotiations, that was not possible. However, as we can see above, some coalitions were indeed formed. In addition, representatives of these electoral lists have come public about possibilities for post-electoral cooperation. Thus, if the polling results prove to be true, the SNS, together with their other coalition partners, the SPS and JS, may still be several percentage points short of forming a majority. On the other hand, if the opposition leaders manage to agree, and respect their promise not to cooperate with the SNS, it seems possible that a wider opposition front, conditional on the cooperation of all opposition parties, irrespective of their ideology, could form a majority.

This potential power shift, however, is conditional on several factors. Most importantly, there are several lists that are currently close to the electoral threshold of five percent, including the first-time running Don’t Let Belgrade D(r)own Initiative, and the Liberal Democratic Party (LDP). According to the D’Hondt method used to allocate seats, if most of these parties do not pass the threshold, but still manage to get a significant number of votes, more seats will be awarded to the list with the highest result – in this case, the SNS. These votes could be the tipping point which brings the SNS and SPS/JS over the 50 per cent mark necessary for a majority in the Assembly. On the other hand, if these two parties were to cross the threshold, it is difficult to imagine that the SNS will be in a position to secure a majority.

It is certain that the SNS will win this election. The current support it has is relatively stable, its voters are motivated, and the resources, both monetary and in terms of the media, are playing in their favour. However, the election in Belgrade is still significant because of the size of the electorate, the potential to bring the opposition together, and the possibility that this will be the first election since 2012 in which the ruling coalition will not manage to gather enough votes to form a stable majority and continue running the city.

Marko Čeperković – EUISS
Marko Čeperković is an EFB Fellow at the European Union Institute for Security Studies (EUISS), focusing on the Balkans, and Maître de conférences at SciencesPo Paris. Previously, he worked as a Policy Advisor at the U.S. House of Representatives, and was a fellow at Johns Hopkins School of Advanced International Studies. He holds a dual MA and MSc degree from SciencesPo Paris and LSE focusing on Political Economy, an MA degree from the College of Europe in European Governance, and a BA from SciencesPo Paris with a focus on Transatlantic Relations and International Law.

A tale of changing destinies: Why the Catalans are pushing for independence rather than the Basques 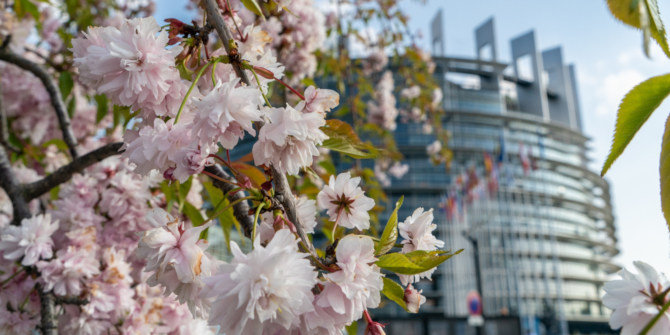