Criticism of the EU’s ‘democratic deficit’ has become increasingly prominent since the financial crisis. Firat Cengiz writes that democracy in the EU would benefit from methods allowing citizens to participate more directly in policymaking. She argues for a form of deliberative democracy to be implemented at the European level and provides some practical suggestions for how this could be achieved. 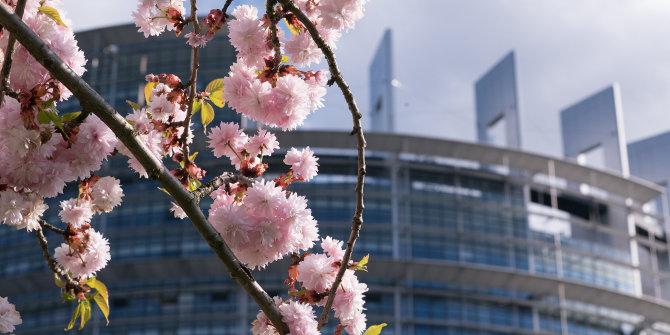 The 2008 financial and economic crisis produced a reaction by citizens across the globe against the policy choices of institutions governing the economy. In the EU, post-crisis economic governance embedded economic and political choices favouring austerity at the expense of social welfare in the constitutional framework of the EU as well as those of the Member States. In this process citizens have not been provided with an effective outlet, either at the EU or the national levels, to enable them to be part of decision-making.

Provocatively, it could be argued that the EU’ s notorious democratic deficit has now turned into a legitimation crisis that ‘erodes [citizen’s] beliefs that are necessary for the system’ to have a stable existence. The UK’ s EU withdrawal referendum also reflected this crisis, given that the problematic EU-citizen relationship rendered it difficult for the Remain campaign to refute the manipulating discourse used by the Leave campaign with positive arguments in favour of EU membership.

On the other hand, participatory democracy, whilst constitutionally recognised as a method of democracy in the EU, is primarily understood as participation through civil society organisations (TEU Art.10(3)). This represents a second-best alternative to citizen participation for reasons including the wide definition of civil society, which recognises interest group representation and lobbying as forms of participation.

Ironically, at a time when EU governance has become less democratic, citizens have been engaging with it in a more systematic and transnational manner, as illustrated in examples such as the European Citizens’ Initiative against TTIP, hashtag activism against austerity, and increasing activism against the decline of the welfare state. EU democracy would substantially benefit from a rethinking that reflects citizens’ recent critical engagements with EU governance.

Deliberative democracy aspires to create a political system organised around communicative principles in which citizens engage in an open communication process to inform policy decisions. Deliberative democracy is fundamentally different from the representative and direct democracy models that provide citizens a guaranteed vote, but not necessarily a guaranteed voice. In the context of deliberation, citizens do not simply cast one vote alongside millions of others with little potential of affecting the outcome.

Also, unlike representative and direct democracy methods, in deliberative democracy, citizen choices are not considered exogenous to the democratic process, but instead citizens are expected to change or form opinions as a result of deliberation with others. Deliberation strengthens solidarity between citizens; and it contributes to the demolishing of societal prejudices between citizens from diverse backgrounds. Accordingly, deliberation has been used as a peace-building and constitution-making method in societies divided by deeply entrenched conflicts, such as South Africa and Northern Ireland.

Among deliberative models, the ‘mini-publics’ that bring together a number of citizens small enough to guarantee high-quality deliberation, but large enough to represent the entire society, have become increasingly popular. This reflects Dahl’s original idea of creating a ‘minipopulus’ of a thousand randomly selected citizens.

After the 2008 crisis, polities aiming to build trust with their citizens organised deliberative platforms, including deliberative constitutional reforms in Iceland and Ireland, the Belgian G1000, British Columbia’s Citizen Assembly, the Australian Citizens’ Parliament, and the UK’s citizen assemblies. Also, developing countries such as India and Brazil have been relying on deliberative methods since the 1990s to support the participation of marginalised citizens in policymaking against neoliberal political choices imposed by by globalised economic powers.

Deliberative democracy for the EU – why?

Increasing citizen distrust towards the EU in the aftermath of the 2008 crisis, coupled with secessionist movements exemplified in Brexit, indicate that the EU’s stable existence depends on the strengthening of its relationship with citizens. Given the weaknesses of representative democracy and participatory democracy via civil society organisations, democracy in the EU would benefit from methods allowing citizens to participate more directly in policymaking in the EU.

Deliberative democracy could also strengthen the European demos (or demoi). One of the shortcomings of the European demos is the absence of platforms in which citizens can directly talk to each other without being subject to divisive national discourses. Comparative constitutional studies confirm that deliberation contributes to the diminishing of hostilities between citizens. Similarly, open communication between citizens from different EU Member States could contribute to the emergence of an understanding regarding the similarities in the experiences of citizens and the reasons for differences in such experiences.

Deliberative democracy for the EU – how?

Although complex, designing deliberative platforms for the EU is not impossible. A recent study shows how the European Commission’s consultation regime could be replaced with citizens’ juries composed of randomly selected citizens from different Member States. In the light of this model, interest groups that normally contribute to the consultation process would be given access to the deliberative process to present their views on the subject matter to citizens and to be questioned by them alongside other groups who represent impartial and opposing opinions, such as academic experts and non-profit organisations.

This would neutralise the influence of business and lobbying organisations that at present tend to dominate the Commission’s consultation regime. This would be followed with deliberations between citizens to formulate an opinion (or opinions) as to their preferred policy options in the light of the information they received. A number of independent observers composed of citizens and experts with a working knowledge of deliberative democracy would be invited to monitor the fairness and participatory quality of the process and to provide suggestions if they identify any problems.

Given the linguistic diversity of EU citizenship, the entire process would be supported by interpreters to ensure effective communication between citizens. This should not present a significant problem given the EU employs a large group of full-time interpreters to support the everyday activities of its institutions. Similarly, independent facilitators with a working knowledge of the policy in question should be recruited to make sure that the discourse remains accessible to citizens and is not dominated by experts.

The entire deliberative process should be documented and made publicly available in accessible formats to ensure transparency. Similarly, citizen opinions formulated at the end of the process should be made publicly available. It would be difficult to argue for citizen opinions to be binding on the Commission, as this would require a change in the EU legislative procedures as specified in the EU Treaties. Nevertheless, the Commission could highlight the divergences between its legislative proposal – if any – and citizen opinions and provide reasoned explanations to justify the divergences. This would also provide the EU legislature and in particular the European Parliament with an opportunity to hold the Commission to account with regard to those divergences and propose amendments to legislation accordingly.

These proposals could surely face the argument that they would be too costly to implement. However, the European Commission operates several exclusionary and opaque processes, such as network governance, in almost all policy fields that are potentially as costly to operate. Finally, given its significant contribution to legitimacy, a price tag should not be put on deliberation.

For a longer version of this article, see the author’s recent study in European Politics and Society

Firat Cengiz – University of Liverpool
Firat Cengiz is a Senior Lecturer in Law and a Marie Curie Fellow at Liverpool Law School.

How do emotions shape the choices of voters? Evidence from the 2010 UK general election 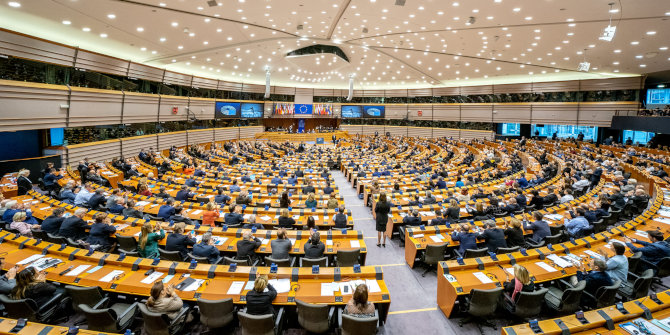 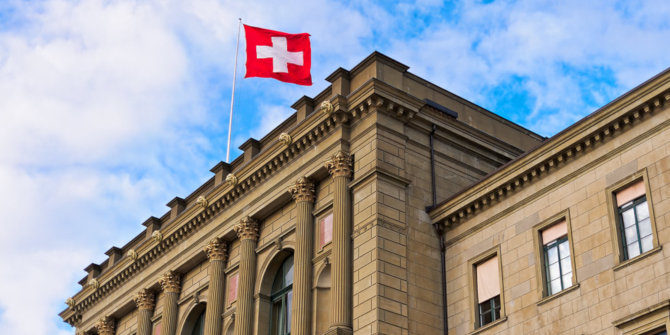