Romania is set to hold a referendum on 6-7 October to decide whether the constitutional definition of ‘the family’ should be altered to prohibit same-sex marriage. Mihnea Stoica argues that although there is little doubt the result will be in favour of the proposal, paradoxically it might well be the case that LGBTIQ rights will be strengthened in the long-run due to the greater awareness that now exists about the issue.

This weekend, Romanians will head to the polls to vote in a referendum – a tool that has seldom been used during the country’s journey from communist dictatorship to liberal democracy. And as has often been the case, instead of tackling an issue that would genuinely aid the development of the country, the ballot will be merely a flexing of political muscles ahead of an upcoming string of elections: European and presidential (both in 2019) and parliamentary (in 2020).

Yet mobilising support around this referendum would be an unsettling prospect for most mature political organisations across the EU, given the change being proposed. The referendum planned for 6-7 October aims to change the fundamental definition of “the family”: the government, led by the Social Democratic Party (PSD), hopes to redefine the concept as a union between “a man and a woman”, therefore changing the present definition.

Currently, Article 48 of the Romanian Constitution defines the family as a free-willed marriage “between spouses”. The referendum comes as a result of a citizens’ initiative led by an ultra-conservative NGO which collected more than three million signatures on a document opposing same-sex marriage. The result of the referendum is largely foreseeable, as a large majority of those casting their ballot will vote in favour of the so-called “traditional family”, thus exerting even more pressure on the LGBTIQ community in Romania. But paradoxically, it might well be the case that the current referendum will benefit progressive policies in the long run. 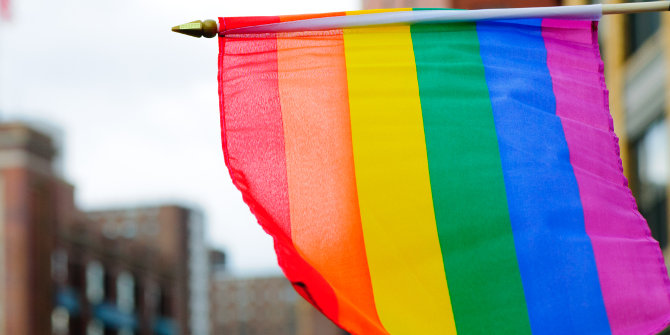 There are at least three major reasons why this is the case. First, awareness has triumphed over polarisation. The referendum has led to a rise in hate speech, but to a lesser degree than what most observers and political analysts expected. The aspiration of conservative movements to polarise voters and win more followers to their side has only partially been accomplished. Most of the staunch supporters of the idea of a “traditional family” already set out their case long ago. The conservative camp has failed to bring in new figures capable of moving voters in their direction and there has been little creativity apparent in their campaign strategies. On the other side, despite a lack of resources, LGBTIQ organisations such as MozaiQ and ACCEPT Romania, together with their supporters, have managed to cleverly make the most out of their moment in the limelight, which will undoubtedly be a good investment for the future.

Second, the campaign has yet again demonstrated that Romanian political parties lack the capacity to deliver substantial arguments, especially when it comes to new issues. All the country’s major political actors have been absent in the run-up to the referendum. After the government approved of organising the referendum, both the ruling PSD and the Alliance of Liberals and Democrats (ALDE) declared they would abstain from campaigning. The issue has revealed the stark divide that exists between Romanian parties and their European families. Both the PSD and ALDE are far more conservative than their European counterparts, making it questionable whether the two still fit in their respective political groups within the European Parliament.

Finally, the referendum has underlined the existence of a new class of citizens in Romania, represented by those who have worked, studied or at least travelled across Europe and who have become more scrupulous when it comes to how public affairs are conducted. For this new class of citizens, scapegoating simply doesn’t work as a political discourse. Claims that same-sex marriage would endanger the education of children are unacceptable for those who have become acquainted with life in western Europe and who have come to understand that a society is undermined first and foremost by corruption and lack of strategic thinking. Most of those representing such citizens will boycott the referendum as a sign of unwillingness to legitimise a political act that in their view will only amplify differences between Romania and western Europe. Let alone the fact that the referendum will cost about 35 million euros at a time when academic research has suffered cuts of tens of millions of euros, to the detriment of the country’s scientific community.

There will be few surprises in the result of the referendum. Regardless of whether the validation threshold is reached or not, the “traditional family” camp will secure a landslide victory, with more than 60% of Romanians expected to vote in favour. But the mere fact that such a topic is under national debate – which would have been unimaginable a couple of years ago – is, paradoxically, already a victory for those who support the cause of LGBTIQ rights.

Mihnea Stoica – Babes-Bolyai University
Mihnea Stoica is an Assistant Professor at the Department of Communication, Public Relations and Advertising of the Babes-Bolyai University in Cluj-Napoca, Romania. He holds an MSc in Comparative European Politics from Vrije Universiteit Amsterdam and has worked as an MEP adviser at the European Parliament. His research interests revolve around political communication, focusing mainly on populism, Euroscepticism and the far-right.