Central Europe is often seen as particularly fertile ground for populist nationalism given the success of populist parties in countries like Austria and Hungary, but what explains the appeal of this brand of politics for voters in the region? Paul Schmidt writes that there are decreasing levels of trust in European cross-border solutions to the region’s problems, however he argues that prioritising national solutions at the expense of the EU’s credibility could further exacerbate these issues.

Anti-Europeanism in Central Europe supplements a recent global rise in populist nationalism. An unequal distribution of wealth, fears of social and cultural decline, rural flight and the challenges of globalisation are factors that make societal groups and especially rural regions feel detached and vulnerable to nationalist slogans. In this context the EU is perceived by many as a European model of globalisation rather than an answer to it – perhaps a softer version, but with essentially similar consequences.

Finding a scapegoat to blame for societies’ ills is an effective populist technique. A relatively low level of knowledge about European integration and its institutional interplay opens the door to portraying the Union as ‘the other’ in an ‘us vs them’ narrative. In times of (perceived) crisis and friction, criticism, blame and negative emotions are far easier to sell than medium to long-term systematic solutions.

The more distant people feel from decision-makers, the more inclined they are to believe that the growing disconnection of international and national elites translates into decisions and policies not responding to their needs. Thus, the EU, which is often seen as a separate body somewhere far away in Brussels, has become a perfect target for frustrations, tempting populist nationalists to brand themselves as ‘anti-establishment’ and to further widen the alleged citizens-elites-gap.

Among more ‘traditional’ parts of society in Central Europe, the fear of the unknown is strongly present. The depiction of the EU as an enemy which threatens the cultural heritage of a country, for instance by promoting the rights of minorities and those seeking asylum, puts nationalists in the position of ‘defending’ a nation’s identities and values, as well as an imaginary common will of the people.

As long as the EU and a rather passive majority of its people do not compete in this political battle – for instance on the issues of migration, integration and the question of identity – it seems fruitless to complain about the role of populists in shaping the public discourse. General support for EU membership remains high in Central Europe, but so too are expectations and frustrations. The EU is expected to successfully solve the problems at hand. Therefore, to better meet citizens’ expectations, reforming the functioning of the EU is crucial. 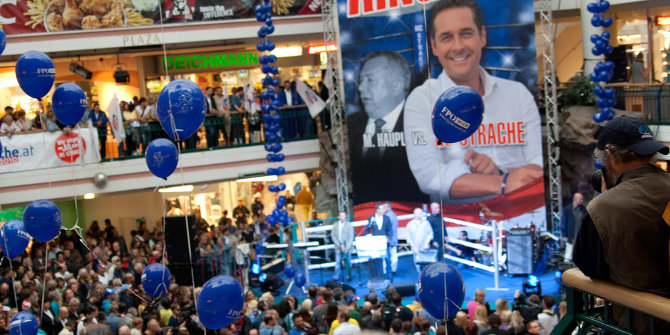 In many countries, regardless of whether they are directly confronted with it or not, the challenge of migration is used as a monothematic issue which detracts from the ability to deliver on other promises. Thus, greater effort should be made to highlight the economic and political advantages of EU membership, especially in rural areas and among those with lower levels of educational attainment. The risks and costs of entering a spiral of renationalisation should be made clear. Greater awareness is needed that nationalistic discourse is focused on obstructing common European policies rather than solving cross-border problems. European political actors need to stress the potential of common European solutions to succeed in global competition by increasingly showcasing their efforts, for instance in protecting EU citizens against multinational digital giants.

While political pressure on the media is growing, citizens in Central Europe do hold an independent press in high esteem. With the latest attacks on investigative journalism, more European attention is needed to safeguard the freedom of media across the Union and beyond. In times of social media, boosting media literacy would also be an important investment in the democratic future of Europe. The EU’s credibility and the very foundations of European integration are at stake, notably its values and the rule of law.

To escape this nationalistic dead end, a comprehensive pro-European agenda also needs to take citizens’ concerns more seriously. However, the constant call for more direct democracy may have the reverse effect and could lead to weakening and discrediting the system of parliamentary democracy rather than strengthening the link with its citizens. Considering the complexity of most EU matters, it is questionable whether such broad topics can be settled via simple majorities and Yes or No votes. But including citizens’ views in the political decision-making process via regular citizens’ and stakeholder dialogues as well as citizens’ initiatives well ahead of major decisions would be a good strategy to follow.

With the 2019 European elections around the corner, it is also vital to highlight the importance of casting a vote. The threat of hobbled European institutions with an inability to prepare much expected decisions and reach out for compromises is not an unrealistic scenario. The coming months will be key for convincing citizens that this could damage the EU’s future and crucial national interests at the same time.

This article draws on research from a wider research project. For more information, see the author’s accompanying policy brief

Note: This article gives the views of the author, not the position of EUROPP – European Politics and Policy or the London School of Economics. Featured image credit: Ed Yourdon (CC BY-NC-SA 2.0)