The so called ‘capital key’ used by the European Central Bank is due to be reviewed. Sebastian Diessner explains that while in the past this has been viewed as a largely technical process, this time around the issue will have heightened political significance for two reasons in particular: the UK’s upcoming departure from the EU, and the current stand-off between the EU’s institutions and Italy’s government. 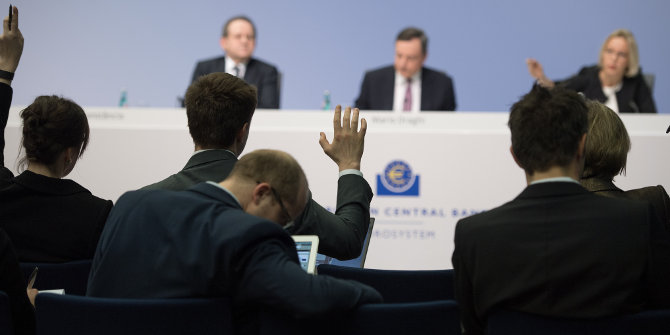 Sebastian Diessner – LSE
Sebastian Diessner is a PhD candidate in political economy at the LSE’s European Institute. His research interests include central bank independence and accountability, Eurozone macroeconomic governance, financial regulation, and quantitative and qualitative methods in the social sciences.

The illusion of sovereignty: The UK should embrace its experience of power-sharing at home to play a constructive role in the EU