There is an ongoing debate in the UK over whether holding another referendum on EU membership would be democratic or not. Drawing on a new study, Sveinung Arnesen explains that while in general most citizens believe governments should follow the results of referendums on EU membership, this depends heavily upon the level of turnout, the size of the majority, and the outcome of the specific referendum in question.

Facing growing risk of defection by disaffected voters, politicians have become more willing to let citizens decide on contested issues. This logic has prompted referendums on a wide range of issues, not least on different aspects of European integration such as the British “Brexit” vote in 2016.

Majority rule is popular across the full spectrum of human groups, from hunter-gatherer tribal societies to modern industrial democracies, and indeed, among several nonhuman social animals as well. It encourages the expression of sincere personal beliefs, rather than conformity, and it is a form of decision-making that is easily executed. In referendums, all voters have an equal chance to participate, voice their opinion, and have an influence on the specific decision outcome. Do people therefore think that the government should always follow any result once the issue is decided on in a referendum? Or is the referendum mandate conditional on properties of the referendums?

In a new study (co-authored with Troy S. Broderstad, Mikael P. Johannesson, and Jonas Linde) I assess three such properties using evidence from Norway: the size of a majority, the level of turnout, and the favourability of the outcome – i.e., whether the result is in accordance with one’s own view on EU membership. The results reveal an important insight into the dynamics of politics. When there is varying turnout, majority size, and outcome favourability, the share of citizens who think the government should follow the result spans from virtually everyone to only a quarter of the population. Hence, holding an advisory referendum on EU membership does not automatically provide stronger legitimacy to the decision.

Figure: Effect of referendum properties on whether citizens believe result should be implemented

Many studies have shown that individuals having voted for losing parties express lower levels of political support and trust than those voting for parties ending up in government. Can referendums reinvigorate trust in the political system? Not really: in the case of referendums, the losers are also unhappy. They are much less likely to view the referendum as a mandate that the government should follow, irrespective of the size of turnout and majority size.

What is more, they tend to perceive the size of majority differently than the winner. Individuals who receive an unfavourable outcome will assess majority sizes more negatively than those who receive a favourable outcome. That is, it takes a larger size of majority for the losers to accept the outcome as a mandate for the governement to act upon. The large discrepancy between winners and losers in how they evaluate the result of a referendum shows that getting people to agree on what is a fair democratic decision-making procedure will be difficult, if not impossible.

The findings from the Norwegian study ignite some questions about the British “Brexit” referendum. Would the voices demanding a second referendum have been so loud if the majority was significantly larger than it turned out to be? What if the turnout were at 85 percent rather than 72 percent? The results indicate that these factors matter, and they matter in particular for the losing side in coming to terms with the outcome. With this said, we should bear in mind that every country is different, and our study does not speak directly to the British Brexit case. A follow-up study in the UK is therefore about to be fielded.

Why does turnout and majority size matter for the legitimacy of a referendum?

In 2017, Turkey held a referendum on a constitutional reform package backed by the country’s President, Recep Tayyip Erdogan. The result was a close vote in favour of the reforms. When defending this narrow victory, Erdogan invoked a football analogy, saying: “It doesn’t matter if you win 1-0 or 5-0. The ultimate goal is to win the game”. Yet, the margin by which you win in a referendum does indeed matter. When the turnout is low, and the size of the majority is small, the power of the parliament to carry out a decision is weaker.

Why, then, does majority size and turnout matter for the legitimacy of a referendum? Psychology scholars and political scientists have since the first half of the 20th century observed that people tend to conform to the opinions of others. Citizens are in general cognitive misers, relying on social cues from sources they perceive as knowledgeable. Faced with uncertainty and limited information, perhaps people use the majority opinion as a cognitive shortcut when making up their own mind. Holding and expressing divergent attitudes is also a social cost that people, all else being equal, desire to avoid if they can. Information about where the majority stands on an issue may thus impose social pressure on individuals to conform to the majority opinion.

Turnout would also matter in this context, as a low turnout increases the uncertainty that the referendum truly has expressed the “will of the people”. Being part of a community, citizens need to make distinctions between their own self-interest and the shared interests of the group community. When outcomes offend our sensibilities or harm our interests, our response is conditioned by concern over whether they are consistent with the shared interests of our political community. The size of a majority and turnout levels are in this context measures of certainty of what these shared interests are.

Note: This article gives the views of the author, not the position of EUROPP – European Politics and Policy or the London School of Economics. Featured image credit: Mark Ramsay (CC BY 2.0)

Sveinung Arnesen – NORCE
Sveinung Arnesen is a researcher at NORCE – Norwegian Research Centre and and Associate Professor at the Department of Comparative Politics, University of Bergen. His research focuses on democratic legitimacy, public opinion, and voting behaviour. He is on Twitter @sveinungarnesen 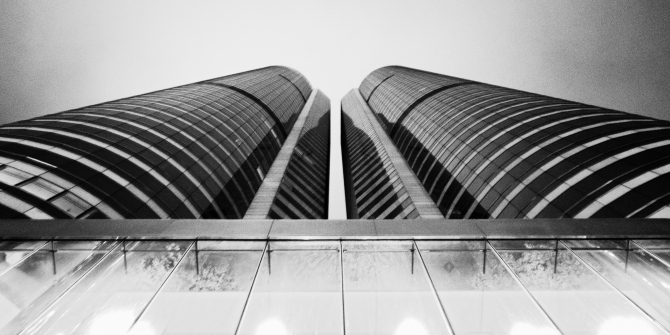 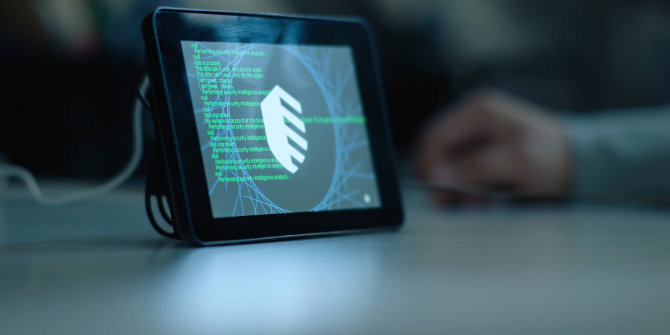