The recent negotiations to appoint key EU positions strikingly illustrate the gap between European citizens and EU elites. German MEP Martin Schirdewan went as far as to call Ursula von der Leyen’s nomination as the new President of the European Commission ‘a betrayal of democracy’. Time and again, critical voices have highlighted that the EU’s political system suffers from a democratic deficit: EU policy tends to have low salience for European citizens while elections to the European Parliament are largely fought out in the shadow of national politics.

These assessments would suggest that the European public’s preferences play a negligible role in determining the course of EU policy. This is problematic for democratic governance. After all, a crucial tenant of any democracy is that policy outcomes are based upon the opinion of the people. How can European citizens make their voices heard and see their opinions reflected in EU policies? To answer this question, I have carried out a study which points at the role of politicisation. With politicisation, I mean that EU policy debates attract media attention, political controversy and the mobilisation of civil society. It means that EU policies become political. Think about politicised issues such as glyphosate or the Transatlantic Trade and Investment Partnership (TTIP).

Politicisation can strengthen the link between citizens and EU policies. When issues attract the attention of the mass media and civil society, European citizens can more easily inform themselves and articulate informed opinions. Politicisation amplifies the information policymakers possess regarding public opinion and openly pressures them to follow public demands. Moreover, citizens can more easily notice EU policy measures when issues are politicised, allowing them to fine-tune their demands for policy change.

My quantitative analysis draws from a novel dataset based on 15 policy issues in diverse policy areas. All these issues allow for an analysis of public opinion, as they were repeated subjects in Eurobarometer surveys. For all these issues, I conducted a large-scale content analysis of almost 6,000 media statements by political elites. Based on this information I established a politicisation index, capturing media attention, civil society mobilisation and political controversy. Formal EU policy outputs on the issues were identified via expert surveys and desk research.

The results of the analyses confirm that politicisation strengthens both public and policy responsiveness. This is illustrated in the marginal effects plots below. Figure 1a shows that for a one percentage-point increase in support of a policy measure, the probability of policy change the following year is significantly higher for issues that attract higher levels of politicisation. When public support for a particular policy measure is on the rise, the chance of subsequent policy change thus increases, but only for politicised issues. Politicisation thus amplifies rising demands for policy change, making public opinion more consequential in EU policy processes.

Figure 1b shows that policy change is likely to be followed by a diminishing demand for policy change for politicised issues. For instance, after a policy initiative is adopted, the predicted decline in public demands for policy change is -0.09% when politicisation is absent (0), while the predicted decline is -2.96% under highly politicised conditions (70). After a policy measure is adopted, demands for policy change drop when issues are politicised. Politicisation thus plays an instructive role in informing citizens about policy changes, so that they can adjust their policy demands accordingly. One case in the dataset illustrating this logic was the politicised EU greenhouse gas emissions issue. While support for more stringent emission targets was steadily on the rise since 2010, support for more ambitious targets declined one year after several EU measures to reduce greenhouse gas emissions were adopted in June 2011.

Although the politicisation of EU policies can open the door to Eurosceptic voices, my findings highlight its crucial role in strengthening the connection between European citizens and EU policy. In light of contemporary political developments, my findings point to what could be termed a ‘politicisation paradox’. On the one hand, further politicisation may derail deeper integration and induce policy deadlock, as exemplified by the politicisation surrounding Brexit or TTIP. On the other hand, politicisation is a necessary condition for democratic discussion and control and for the EU to develop into a responsive and democratically mature political system.

Politicisation is certainly not a panacea that will solve all the EU’s democratic deficiencies and many policy issues are simply not eligible to ever become politicised. Nonetheless, the politicisation of EU policy is still in its infancy and there is still much room for progress. A more vigilant mass media and a stronger transnational civil society can further strengthen the role of European citizens in EU policy processes, facilitating responsive decision-making in the EU. 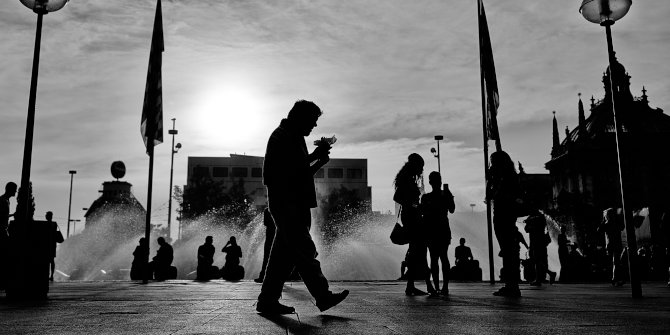