The EU has frequently been caricatured as a ‘faceless bureaucracy’, where rules and procedures take precedence over powerful personalities. Yet this depersonalisation of power has recently been challenged by the emergence of some visible, decisive figures. Jonathan White argues that while this may be seen as a welcome improvement by some observers, when power is located in a small, rotating cast of individuals acting at their own discretion, it rests on a precarious foundation.

With Mario Draghi making way for Christine Lagarde as president of the European Central Bank, power has now passed from one famed crisis manager to another. Lauded by the Financial Times in 2012 as “person of the year” and “the man who saved the eurozone”, Draghi has recently been credited once more, by Merkel, Macron and others, with having rescued the currency at its moment of greatest peril. His successor Lagarde, previously head of the IMF, is another technocrat whose reputation has been built on crisis management.

A persistent observation of those who have worked close to Draghi is that he operates in a centralised, personal fashion. While he is praised as a virtuoso individual, he is also criticised for running affairs through a ‘kitchen cabinet’ of loyalists. These reports give the impression of a powerful individual surrounded by a small circle of trusted advisers, governing by informality and discretion.

What has been true of the ECB has also been true of the wider EU in this period. From the early 2010s, the governing of the euro crisis entailed the centralisation of power in the hands of a small group of technocrats and political leaders. Evaluations of the Troika, which brought together figures of the Commission, ECB and IMF, suggest the pattern was of individuals and groups departing from institutional procedure, improvising their methods along the way. New decision-making forums such as the Eurogroup emerged and were celebrated by insiders precisely for their informality and absence of codified procedures.

At the same time as power was individualised within these institutions, close ties formed between them. Informal collaboration was common, in the Troika and beyond. Ad-hoc gatherings of leaders such as the ‘Frankfurt group’ spoke to the importance of close working relations. Such were the conditions in which individuals might, at least in the public imagination, be credited with “saving the eurozone” by their own interventions. Power was heavily personalised. 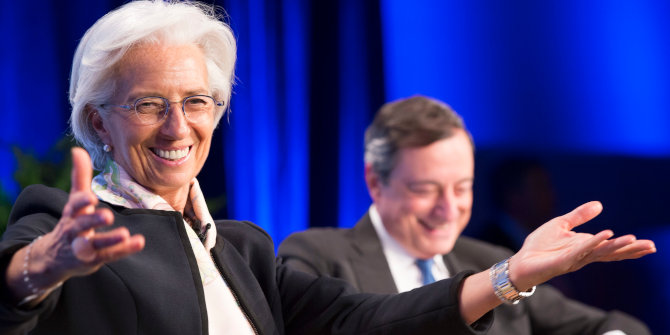 The making of modern governing authority is commonly described as a process of de-personalisation. Since Max Weber, we have been taught to see it as the rise of rules, institutions and procedures, of separating power from the persons who wield power at a given moment. Whereas feudalism was based mainly on personal ties – oaths of allegiance, lineage and heredity, the networks of the king’s household – later political forms seemed to mark a departure. Officials could represent the state, but did not embody it.

This tendency of depersonalisation was reflected in the changing meaning of political language. The word stato once described a personal quality – status regalis, the king’s majesty – but came to evoke a realm, the “state”. Status became an independent idea, not the attribute of a prince.

The practice of power, too, changed as it was depersonalised. In place of a monarch surrounded by trusted associates, early bureaucracies began to take shape, regulated by procedures such as auditing. In England, steps of this kind taken in Henry VIII’s reign would later be characterised by historians as a “revolution in government”, the Tudor contribution to the making of the English state.

Just how far political power was ever truly depersonalised is debatable. Institutions, rules and procedures need people to enact and enforce them. While they are often contrasted, the “rule of law” and the “rule of persons” have always been inseparable at some level. Marxists and others have long argued that powerful interests and ideologies tend to skew the exercise of rule in favour of the few. Institutions have often seemed little more than a cover for the exercise of power by individuals and the classes they represent. Weber too believed that charismatic forms of authority lingered on in modern politics, despite what he called ‘the general tendency to impersonality’.

The EU was, for some, the depersonalisation of power writ large. Sometimes fondly, sometimes disparagingly, it has been seen as the archetype of power detached from individuals and their confidants. It has been caricatured as a ‘faceless’ bureaucracy, devoted to rules and procedures. Draghi himself always stressed that his actions were closely constrained by the terms of office – that to preserve the euro he would do “whatever it takes”, but “within our mandate”. What the events of the last decade have made clear, however, is the other side of the story: how European integration has created new opportunities for the personalisation of power, especially in periods of upheaval.

What characterises Draghi, Lagarde and other EU leaders in this period has been the tendency to govern in crisis mode. Emergency politics is a key driver of personalised rule, as officials cite exceptional circumstances as reason to depart from institutional and constitutional script. Fast-moving conditions offer a licence for cutting out chains of command and reclaiming power in informal networks.

Clearly a politics of persons carries the appealing promise of intelligibility – a world of identifiable agents rather than bureaucratic structures. When governing authority has a recognisable face, one has something to point at, also to criticise. In the EU, where responsibility for decisions is notoriously hard to attribute, the emergence of visible, decisive individuals may seem welcome. But the costs are high. More personalised forms of rule can easily slip into arbitrary executive power; leaders who have learned to act on impulse rarely give up. Voices of opposition, meanwhile, can become more focused on procedural transgressions than the critical evaluation of policy itself.

Most fundamentally, the personalisation of power challenges an important distinction. De-personalisation entailed a separation between rulers and the office of rule, with the implication that one could oppose the incumbents without opposing the system. This was how the modern state achieved a measure of legitimacy – it became possible to accept power while opposing those who wielded it. But when power is personalised once more, the distinction becomes harder to sustain. And as citizens become less confident in institutions, to oppose those in charge is to oppose the system as a whole.

As Draghi hands over to Lagarde, the distinction in the ECB between persons and offices is briefly asserted once more. But the challenge for the wider EU is to find a more procedural style of governing, also rooted in democratic principles. When power is located in a small, rotating cast of individuals acting at their own discretion, it rests on a precarious foundation.

Note: This article originally appeared at the New Statesman. It gives the views of the author, not the position of EUROPP – European Politics and Policy or the London School of Economics.

Jonathan White – LSE
Jonathan White (@jonathanpjwhite) is Professor of Politics at the LSE. His latest book, Politics of Last Resort: Governing by Emergency in the European Union, is out with Oxford University Press in December 2019.