In Political English: Language and the Decay of Politics, Thomas Docherty offers a new examination of the historical and contemporary linkages between power, politics and the English language, arguing that the impoverishment of language is intimately connected with the impoverishment of political debate today. The book demonstrates the concomitant decline of discourse and democracy and brings a new slant to analyses of racism, classism and xenophobia in its attention to the inequalities of power bound up in the English language, writes Sarah Burton.

Once upon a time, political debate rested upon notions of subtlety and incisiveness – think of Denis Healy’s description of Margaret Thatcher as ‘La Pasionaria of middle-class privilege’ and his now-legendary insult to Conservative MP, Geoffrey Howe, that debating with him was ‘like being savaged by a dead sheep’. Now, in more contemporary politics, we have Silvio Berlusconi reportedly calling German Chancellor, Angela Merkel, ‘an unfuckable lard-arse’. These are all examples cited by author Thomas Docherty in his new book, Political English, on the political weight and consequence – or, as Docherty writes, ‘the intrinsic political muscle’ (7) – of the English language.

Docherty opens with the declaration that ‘Something is rotten in the state of English’ (7), and moves immediately from here to ask whether this means that ‘something is also rotten in the state of England?’ (7). This is the central premise of the study: in a contemporary UK (which Docherty sees as dominated by England and Englishness) of increased racist hate crime, Brexit-driven xenophobia, mass deportations and crises such as Windrush and Grenfell, to what extent are empire, colonialism and imperialism the cultural inheritance of English speakers, and does this now make itself felt through the suppression of anything and anyone not-English? At the same time, Docherty pulls in issues of toxic political debate, a President of the USA who governs through Twitter diatribes, the culture of misinformation and fake news and the extent to which English is a language which allows for wantonly misshaping and obscuring the ‘truth’. For Docherty, the decline in political debate is a decline of the English language; the blatant obfuscations and lies of populist politics are reshaping English to a point where critical and nuanced discussion is no longer possible, and thus the conditions of democracy are at stake (12).

Reading this book is a pleasure – Docherty weaves examples from the media, politics, sociology and English literature in a discursive, even meandering, manner which allows the reader to feel themselves in Docherty’s train of thought and direction of argument. There is a deftness of touch here which makes profound and heavy research feel light but tangible. The real strength of this book is in its narrative. What I’m less convinced by is that all of the topics Docherty touches on fit together coherently under the structure he has provided.

The book begins with ‘On Pluck: English and Money’, in which Docherty poses the question of ‘the intimacy or otherwise between the state of a language and the state of a polity’ (16),  and suggests the differences between the suaveness of Barack Obama and the banality of Donald Trump as examples of this. Where Obama made such cogent and convincing political speeches that he was awarded the Nobel Peace Prize just nine months after taking office, on the basis that ‘dialogue and negotiations are preferred as instruments for resolving even the most difficult international conflicts’ (13, quoting The Nobel Peace Prize for 2009), Trump is distinctly – linguistically – different. In his chants of ‘lock her up’ (directed at Hillary Clinton), crass sexualised language regarding women and off-the-cuff declarations of nuclear war, Trump presents both a political language and political landscape radically different – Docherty says, ‘impoverished’ (14) – to that of Obama’s lyricism, optimism and nuance. Impoverished language begets impoverished politics.

Docherty moves through an analysis of Winston Churchill’s oratory (which also brought a Nobel Peace Prize) to settle on Churchill’s A History of the English-Speaking Peoples – a book published in 1956, in which Churchill extols the virtues of English as a language uniting all those who speak it, but moreover as a language with particular and special access to truth, enlightenment and authority. This is where Docherty locates contemporary issues of English racism, classism and xenophobia. If, indeed, native English speakers have such a ‘direct access to truth’ (23) because of their native language, then this extends all sorts of colonial and imperial ideas regarding the English as the ‘natural born’ leaders of the world. This cultural inheritance of native English speakers is something Docherty explores in the following chapter, ‘English Nativism and Linguistic Xenophobia’, where he asserts that:

English-language nativism completely eschews the more democratic idea that the proper or better way of resolving a conflict is not by the imposition of one’s own physical presence, strength, or force: throwing one’s weight around (40).

Despite finding few flaws in Docherty’s argument here, this is where I begin to question the structural suppositions of the book. Certainly, this blustering neo-imperial attitude is one which has been prevalent throughout the campaigns leading up to the EU referendum in the UK and subsequent Leave-supporting narratives. Docherty also, rightly in my view, identifies a connection between English nativist suspicion of foreign languages with a concurrent suspicion of ‘foreign’ ideas (42). However, I’m not convinced of the underlying claim that the ‘decline’ in English creates an impoverished political landscape – not because I don’t accept that political discourse is increasingly crude, rough and trigger-happy, but because I remain unconvinced of any linear progression from one to the other. Though Docherty makes excellent arguments in the book and demonstrates in great detail the concomitant decline of discourse and democracy, he doesn’t identify an underlying cause or set of causes. What is it that pushed the decline of English as a political language in the first place? What arrived first – the decline in politics or the decline in language? And if they began in tandem, what stimulated this?

The discussion missing from Docherty’s study is a sociological look at current social movements, in particular the rise of social media, influencers, celebrity pundits and a Twitter-led, character-limited stranglehold on incisive and textured political discussion. Media is now oriented towards Twitter, or Twitter-friendly, cuts of debate, elevator-speech rhetoric or 280-character sloganeering. Increasingly political and news programming is prodded and pulled in such a way as to make organic interactions into confrontations suitable to slice up and repackage as twenty-second, clickbait, ‘like’-grabbing, content. In this brave new(ish) world, there is quite literally less space for analysis, argument or cooperative discussion.

The mockery which followed the viral photo of then Labour Leader, Ed Miliband, eating a bacon sandwich would, perhaps, have been a strong lead-in for Docherty, given that this photo was used to undermine and obscure the (relatively) cogent and hopeful language used by Miliband. It became symbolic of a culture where the content of what you say matters a great deal less than being able to say something – anything – in a bombastic, confident and energetic manner. During the 2010 General Election, Miliband was savaged as lacking leadership qualities because he haphazardly ate a sandwich and spoke with an occasional stutter or lisp. Conversely, Boris Johnson was presented in much of the press as a sophisticate and a man of learning and intellect after confidently and assuredly reciting from The Iliad during the 2019 General Election – despite much collective agreement among classicists that both his Greek pronunciation and the actual words of the poem were incorrect. Docherty’s study could arguably be better underpinned – or advanced – through a more concrete examination of the relationship between language, agency and presentation of self, which would offer opportunity to draw more finely the connection between the post-truth/fake news sections and the inherent imperialism of English.

Despite this misgiving, Docherty’s book, with its focus on language, does an excellent job of bringing a new slant to analyses of racism, classism and xenophobia, particularly in his precise and well-thought-out analysis of the inequalities of power inherent in English. Docherty shows the connection of the language to historical and partisan ideals of Englishness, conservatism and civility (40-46). This speaks extremely well to the frequent calls for increased politeness and calm heard in modern political discourse. That these are most often seen directed from the bourgeois white ‘native’ English towards people of colour highlighting racism and unjust border policies, working-class people highlighting wealth inequality and immigrants highlighting xenophobia is key. Docherty’s scholarship allows us to understand how English itself, with all its baggage of assumed authority, colonial rule, imperial rights to land and power and class-based cultural capital, exploits tropes of the ‘angry black’ person (Sara Ahmed 2009) or the ‘uppity’ working class (Bev Skeggs 2004).

Docherty finishes the book by returning to what is at stake – and for him, this is ‘the language’ (227). Academics have, he says, ‘like the poets, and like the musicians, a responsibility to it, and to the international community who need the language to be open, exploratory, unconstrained’ (227). Whilst not wishing to disagree too forcefully with this point, I would also add that part of this openness is, perhaps, a recognition that English need not have – and has no – ‘natural’ authority in claiming to be the language of international politics. This privileging of English as fundamental is itself a remnant of Empire. More people speak Mandarin Chinese or Spanish than English; indeed, native English speakers comprise around just five per cent of the world population. If we’re aiming for openness, reflexivity and global responsibility in our discourse, then a sharper and more active discussion of the international dominance of English, and of monolingual education (particularly in native English-speaking countries), is arguably well overdue.

Note: This article is provided by our sister site, LSE Review of Books. It gives the views of the author, not the position of EUROPP – European Politics and Policy or the London School of Economics. Featured image PDPics from Pixabay. 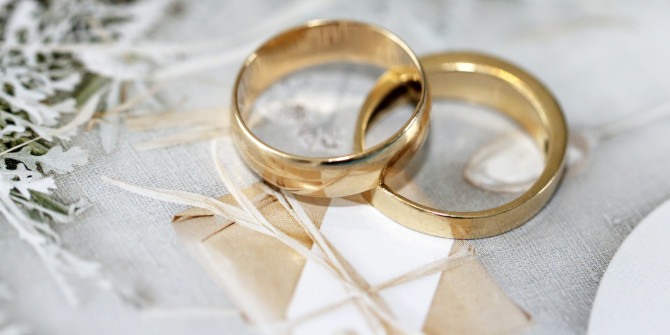 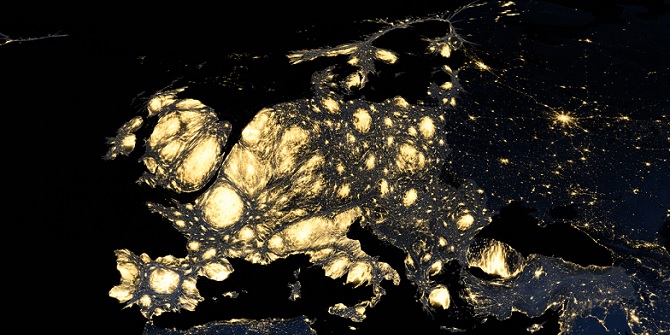