In Full Surrogacy Now: Feminism Against Family, Sophie Lewis offers a new radical engagement with surrogacy, highlighting the systematic inconsistences in prevailing understandings of the family and birthing and advocating for a communal approach to reproductive labour that enables the proliferation of relationships of care. This is an incisive and exciting must-read book for all those interested in queer feminist engagements with family, reproductive labour and global class relations, recommends Órla Meadhbh Murray. 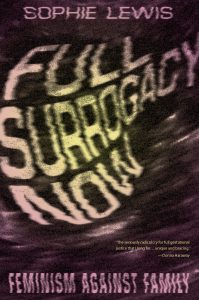 This book is an incisive and exciting read, provoking a radical take on surrogacy and our assumptions about birth, biology and family. The title – Full Surrogacy Now: Feminism Against Family – sounds like a right-wing parody of feminism and accordingly has been misinterpreted and provoked enraged YouTube videos and comments from people who have not read the book. To avoid confusion, I’ll begin by specifying that Sophie Lewis’s argument is not to advocate for an expansion of commercial surrogacy markets, nor to oppose caring relationships, love or children. Rather, she asks us to reconsider the ‘facts of life’ and ‘the family’ from a queer feminist communist perspective. While much of the book does focus on the work of surrogates within global class relations, this is only part of her discussion about surrogacy as a much broader concept. From the opening line, ‘It is a wonder we let fetuses inside us’ (1) to the closing words, ‘the promise of the reproductive commune’ (168), Lewis provides a brave and incredibly interesting exploration of what it means to birth and care in relation to others.

Lewis completed her PhD at the University of Manchester focusing on gestational surrogacy, which laid the groundwork for this book. Gestational surrogacy is defined as ‘the practice of arranging a pregnancy in order to construct and deliver a baby that is “someone else’s”’ (19). These ideas of whose baby it is underpin much discussion around surrogacy and open up a theoretical and political vista of radical utopian demands. What if we did not fetishise biological connection to children and did reproductive labour more communally? What would it mean to move towards a gestational commune?

These big questions are grounded with succinct histories of different forms of reproductive activism and gestational surrogacy practices. There is an extended discussion of the Akanksha Clinic in Anand, Gujarat, India, and its charismatic head doctor, Dr. Nayna Patel, who has appeared on Oprah and has played a big role in discussion of contemporary commercial surrogacy. While this focus on commercial surrogacy in India could have quickly become a ‘save the women of the global south’ saviour approach, Lewis takes seriously the agency of surrogates and their demands as workers. The focus is on gendered and raced global class relations and considerations of different models of birthing work, such as surrogacy co-operatives which some surrogates are advocating.

Underpinning much of these discussions of gestational surrogacy is Lewis’s interrogation of the moralising discourse about whether surrogacy should be allowed and whether it is right, which mimic similar discussions around sex work. Lewis’s exploration of these moral and legal discourses reminded me of the wonderful book Revolting Prostitutes (Juno Mac and Molly Smith, 2018), as both works advocate decriminalisation and emphasise the importance of centring workers’ rights, rather than the tendency to use sex workers or surrogates as political footballs in abstract discussions of the reproductive or sexual rights of some privileged women. While Revolting Prostitutes was written by two sex workers, Lewis clearly situates herself as a researcher who has not worked as a surrogate or given birth. The section reflecting on this position is excellent (25-26), showing that those who have no personal experience of a topic can, of course, still do excellent scholarship that platforms workers’ rights and activist demands alongside imagining radical utopian futures.

Indeed, Lewis’s writing is incredibly reflexive; she applies her own analysis of a more collaborative and collective understanding of gestating to the book itself by acknowledging the long history and long future of co-thinkers and collaborators in this project. The radical utopian imagining of the book is an unfinished gestation.

As with much utopian writing, it is difficult to wrap one’s head around some of the ideas. The visceral stew of queer feminist communist political theory and the biotechnological birthing discussion are sometimes difficult to read. But Lewis does a stellar job at explaining and exploring these alongside a beautiful array of literary and pop culture references. In a particularly important critique of The Handmaid’s Tale and responses to it, Lewis warns that ‘the pleasures of an extremist misogyny defined as womb-farming risk concealing from us what are simply slower and less photogenic forms of violence, such as race, class, and binary gender itself’ (14). While the horrific bodily violations depicted in Margaret Atwood’s novel and the TV programme are an emotive rallying point for many feminists, these cannot erase the raced, classed and trans-exclusionary histories of reproductive rights struggles and imaginings of ‘universal womanhood’ rooted in biology.

Lewis’s discussion bulldozes binary gender, biologically essentialist notions of parenthood, particularly motherhood and womanhood. These are often emotional and politically fraught discussions, and she provides exceptionally clear and helpful ways to write about and think about bodies and birth that are not trans-exclusionary or reductive. She is precise and unflinching – ‘there can be no utopian thought on reproduction that does not involve uncoupling gestation from the gender binary’ (22). In order to show how this works, Lewis highlights the systematic inconsistences of our understandings of family and birthing. Gestational surrogacy disrupts biologically essentialist notions of parenthood, challenging everyday assumptions about familial relations and parent-child dynamics. For example, the peculiar sense of ownership parents often have over children: ‘Obviously, infants do belong to the people who care for them in a sense, but they aren’t property’ (19). And yet, notions of property are central to discussions of surrogacy under capitalism and within legal discussions. These disruptions are moments of opportunity for Lewis; children as property is a thread, and she pulls it until it unravels the whole edifice of reproductive labour.

The last two chapters, ‘Another Surrogacy is Possible’ and ‘Amniotechnics’, present Lewis’s concluding arguments and imaginings. The final chapter gets pretty wild in comparison to most academic and political writing, with Lewis connecting the anatomy of birth and gestation metaphorically to political struggles around water and boundaries. Theorising with bold metaphors and wide-ranging examples might not be everyone’s cup of tea, but it provides a beautifully written and sobering finale to a book that challenges deeply held assumptions about family, birth and political solidarity. What better topic to explore in these times of crisis as mutual aid networks and solidarity beyond the nuclear family become essential in response to COVID-19, state violence and absence, as well as border regimes?

Full Surrogacy Now is about so much more than gestational surrogacy; it is thinking with ideas of surrogacy to imagine a very different world, once which involves collaborative communal bringing into being and abolition of ‘the family’. In an interview with Verso, Lewis explains that family abolition is ‘about the proliferation of relationships of care’, which she has also written about extensively in her many other articles for outlets such as The New York Times, The Nation, Jacobin, Red Pepper and others. This book provides the longform discussion of these topics, thinking through very complex theoretical and political discussions. Lewis does a difficult job well, challenging some of the most emotive beliefs about parenthood and reproductive biology in a clear and accessibly written way. While some of the technical specifics might be difficult, they are worth grappling with. This book is a must-read for those interested in queer feminist engagements with family, reproductive labour and global class relations. This is the book you didn’t know you needed. Read it and let’s imagine different constellations of care, love and family beyond the conservative restraint of supposed biology.

Note: This article is provided by our sister site, LSE Review of Books. It gives the views of the author, not the position of EUROPP – European Politics and Policy or the London School of Economics. Featured image credit: Nynne Schrøder on Unsplash

Órla Meadhbh Murray
Órla Meadhbh Murray is a feminist sociologist interested in the politics of knowledge, organisations and audit processes, and higher education. She is currently a postdoctoral research assistant on the SIDUS project at the Centre for Higher Education Research and Scholarship, Imperial College London, and is writing a monograph based on her PhD, a feminist institutional ethnography of UK university audit processes. She tweets @orlammurray 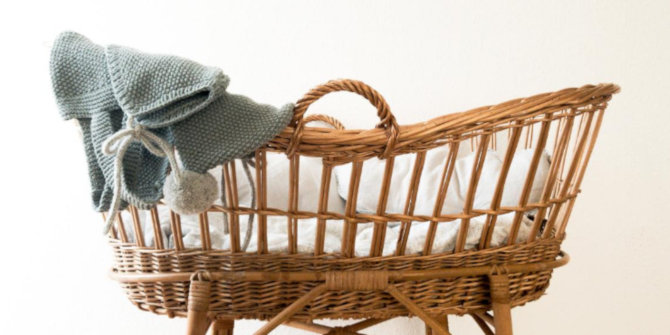