In Great Judgments of the European Court of Justice: Rethinking the Landmark Decisions of the Foundational Period, William Phelan offers a new account of European legal integration, showing how the novel doctrines of the European Court of Justice fundamentally transformed interstate relations on the European continent. This is a highly persuasive and stimulating study, writes Jacob van de Beeten, that will prompt EU legal scholars to reflect on the role that the EU’s laws and institutions will play in a changing geopolitical environment. 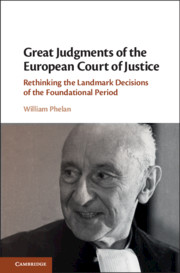 In the conventional textbook understanding of European integration, the European Court of Justice (ECJ) has ‘constitutionalised’ the European legal order by introducing the doctrines of direct effect and supremacy. This development allowed private individuals to directly invoke European law in their own national courts, and therefore EU law is normally regarded as transforming the relations between citizens vis-à-vis their national states. In recent years, however, some of the more reflexive and innovative scholars of European legal integration have started to question the assumptions underlying this conventional account. William Phelan is one of them. In a highly persuasive manner, The Great Judgments of the European Court of Justice shows how many of the foundational judgments of the ECJ can be read through an entirely different perspective. Rather than focusing on the legal status of the individual, Phelan instead brings into focus how these novel doctrines of the ECJ fundamentally altered and transformed interstate relations on the European continent.

Drawing extensively on the writings of former ECJ judge Robert Lecourt and the influential European law scholar Paolo Gori, Phelan revisits several of the ‘landmark judgments’ of the Court. Dedicating individual chapters to each of these, Phelan contrasts his interpretation with the conventional one and proposes granting ‘landmark’ status to several judgments which are normally ignored (and which coincidentally all relate to foodstuffs, namely Pork Products (1961), Dairy Products (1964), International Fruit (1972) and Sheep Meat (1979)). The book ends with a chapter summarising the main findings. Although this structure is highly effective in convincing readers well versed in the subject of EU law, a less specialist reader might be put off by the discussions of the legal technicalities of the cases in question and the repetitiveness with which Phelan drives his points home.

I will briefly reconstruct the general thrust of Phelan’s argument – with no intention of being exhaustive. Phelan’s main claim is that the specificities of the EU legal order can be explained as a way of dealing with the problem of treaty enforcement in the absence of interstate retaliation and unilateral safeguard mechanisms, which are commonly found in other trade systems such as the World Trade Organisation (WTO). In such regimes, the threat of retaliation and counter-measures is regarded as an incentive for states to adhere to their treaty obligations. Within the European legal order, however, the ECJ has consistently ruled out the possibility that states can resort to self-help if another member state fails to meet its treaty obligations. But why have member states accepted the position of the ECJ in practice?

Phelan’s answer is that this is due to the peculiar characteristics of the EU legal order. Through the doctrines of direct effect and supremacy, the ECJ in effect created a treaty system in which member states can trust that treaty obligations are enforced in every individual member state, because these obligations are embedded within the national legal order. As a consequence, private litigants can invoke EU law in their national courts and, in doing so, become private enforcers of the law. In the words of Phelan:

where national courts will reliably act to directly apply a treaty obligation in their national legal order, it removes the requirement for a state’s compliance with its treaty obligations to be supported by threats of retaliation by the state’s trading partners, because the decisions of treaty-based dispute settlement tribunal are no longer merely declaratory but instead embedded within the internal legal orders of the participating state. (112)

This claim is not merely analytical. Phelan also shows how at the time of the landmark judgments of the Court, such as Van Gend and Loos (1963) and Costa v. E.N.E.L (1964), Lecourt was well aware of the threat of interstate retaliation and justified the decisions of the Court with reference to the need for member states to abstain ‘from taking the law into their own hands’ [de se faire justice à soi meme] (8) Although Lecourt destroyed his private papers before his death, Phelan reconstruct his views on interstate retaliation based on his public publications and his early legal scholarship in which Lecourt perceived the risk of states retorting to self-help in enforcing treaty obligations. It would have been interesting if Phelan had also explained the historical context in which Lecourt made these comments – were retaliatory measures a common feature of interstate relations in 1930s Europe? Are there any particular reasons it was on Lecourt’s mind at this time? Indeed, one wonders whether interstate retaliation really was the problem Phelan assumes it to be, and to what extent the solutions developed by the ECJ are rooted in the pre-war experience of interstate relations.

Phelan also uses a comparative approach to show how the logical connection between direct enforceability of treaty obligations and the lack of self-help is not unique to the EU trade regime, but can be observed in other international trade regimes too. A particular instructive example is Phelan’s discussion of the North American Free Trade Agreement (NAFTA) Side Agreement on dispute settlement procedures between the United States and Canada. Unwilling to accept the possibility that a dispute panel could authorise US trade sanctions, Canada instead proposed to make decisions of the arbitration panel directly enforceable in Canadian courts (111-12). In this context, direct enforceability of treaty obligations is thus regarded as the alternative to interstate retaliation. Moreover, the Side Agreement also stipulates that the conclusion of the arbitration panel ‘shall not be subject to domestic review or appeal’. In other words, it isolates the panel from the normal judicial hierarchy of the Canadian legal system. In a similar fashion, the EJC has systematically emphasised the independence of national courts in enforcing European law, notwithstanding the rules of their national constitutions or the roles assigned to national constitutional courts (180-83).

By introducing his readers to the Sheep Meat judgment of 1979, which concerned the legality of French restrictions on the import of sheep meat products, Phelan also draws attention to the limits of the enforcement of treaty obligations in the European legal order. Even though the Court ruled that France was in breach of its treaty obligations, for several years the French government refused to implement the judgment and remove the import restrictions, because this would have a negative socio-economic impact in several less developed areas of France. Nonetheless, the UK, whose meat sector was particularly affected by the French measures, was not able to retaliate against France as a result of the structure of the EU legal order. According to Phelan, this shows that ‘the European member states had to accept that their European partners could at times persist in Treaty violations even after a finding of the Court’ (189). As commentators noted at the time, one way around the France refusal would be for UK meat exports to bring cases against France in French domestic courts. However, Phelan rightly points out that there are some limitations here too: not all European obligations enjoy direct effect, only affected parties can litigate and it requires a certain willingness of domestic courts to vindicate European law. In other words, ‘states must accept the many failures and disappointments of national court enforcement as well’ (191).

It is precisely on this point that Great Judgments could have benefitted from going beyond its historical context to give a fresh perspective on the present circumstances in which the EU finds itself. Retaliation and counter-measures may not only play a role in the new relationship between the EU and the UK post-Brexit, as Phelan recognises in a footnote, but are also a distinct possibility as a result of the ongoing ‘rule of law crisis’. As the independence of the judiciary in countries such as Poland and Hungary is under threat, the enforcement of treaty obligations by national courts in those countries is no longer guaranteed. When the legal infrastructure of the EU is not able to contain and regulate interstate relations, political power dynamics will undoubtedly resurface.

This is adequately illustrated in the case of the European Arrest Warrant (EAW): after a Dutch court found that it can no longer extradite suspects to Poland on the ground that their right to a fair trial cannot be guaranteed, the Polish National Public Prosecutor sent an order making clear that as a retaliatory measure, Poland will no longer extradite suspects to the Netherlands. In other words, it seems likely that in the coming years, retaliation and counter-measures will make a comeback within the EU. In this sense, Phelan’s book urges EU legal scholars to think through this distinct possibility and reflect on what role the EU’s laws and institutions can play in this changing (geo)political environment (a task that so far has been left to political theorists such as Luuk van Middelaar and Hans Kribbe, both of whom – rather unsurprisingly – have shown little appreciation for the role of law in European integration). It is a shame that the question of how EU institutions could and should respond to these developments falls outside the scope of Phelan’s highly stimulating work, but without this study, one would not have asked this question in the first place.

Note: This article first appeared at our sister site, LSE Review of Books. It gives the views of the author, not the position of EUROPP – European Politics and Policy or the London School of Economics. Featured image credit: sprklg (CC BY-SA 2.0) 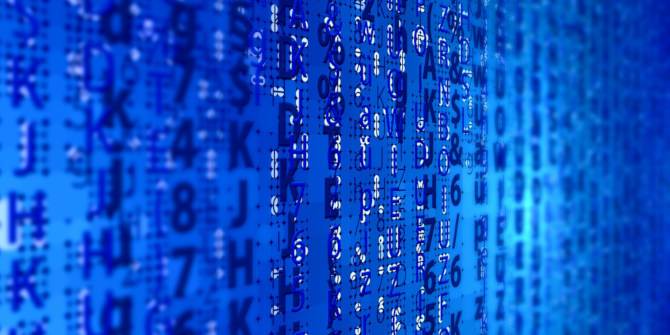