A key objective of EU trade policy is to obtain international protection for its specialty foods like Roquefort, feta cheese, and Parma ham. Based on a new study, Martijn Huysmans argues such protections will continue to play a key role in worldwide trade negotiations after Brexit.

In previous trade agreements, the EU has sought to protect lists of EU specialty foods known as Geographical Indications (GIs). The EU currently protects around 1,500 food GIs. While over three quarters of these are located in the ‘Southern Five’ – France, Greece, Italy, Portugal and Spain – most member states have some. UK GIs protected in the EU include Welsh Lamb, Scottish Farmed Salmon, and Blue Stilton.

GI products sell for higher prices and are protected against imitation. Yet GIs are not only about economics. Especially in the Southern Five, they are also a matter of national pride. All of the Southern Five have registered their cuisines with UNESCO. In a seminal study on the cultural aspects of food, sociologist Michaela DeSoucey coined the term gastronationalism: the attachment to and protection of national foods.

Factoring in gastronationalism, it is less surprising that the Zampone di Modena – a stuffed pig’s trotter – has been protected in faraway countries like Korea, Moldova, and Japan. Compared to big business products like Parmesan cheese, the threat of foreign imitation of this more niche Italian delicacy seems minimal. Hence its inclusion in EU trade agreements appears to be driven more by gastronationalism.

The figure below, which is taken from a new study, shows the probability of a GI being listed for protection in 11 trade agreements as a function of its sales and whether it originates in a gastronationalist country. The latter variable is operationalised in the main model as being a Southern Five country, but I also use alternative variables such as the share of restaurants serving the national cuisine. The graph shows that the difference between the gastronationalist Southern Five and the other member states is especially pronounced for low sales GIs: the Southern Five also obtain protection for economically less important food GIs. Countries with low levels of gastronationalism, like Germany, focus instead on their economically most significant products, like Bavarian Beer.

Figure: Predicted probability of a GI being listed in 11 EU trade agreements 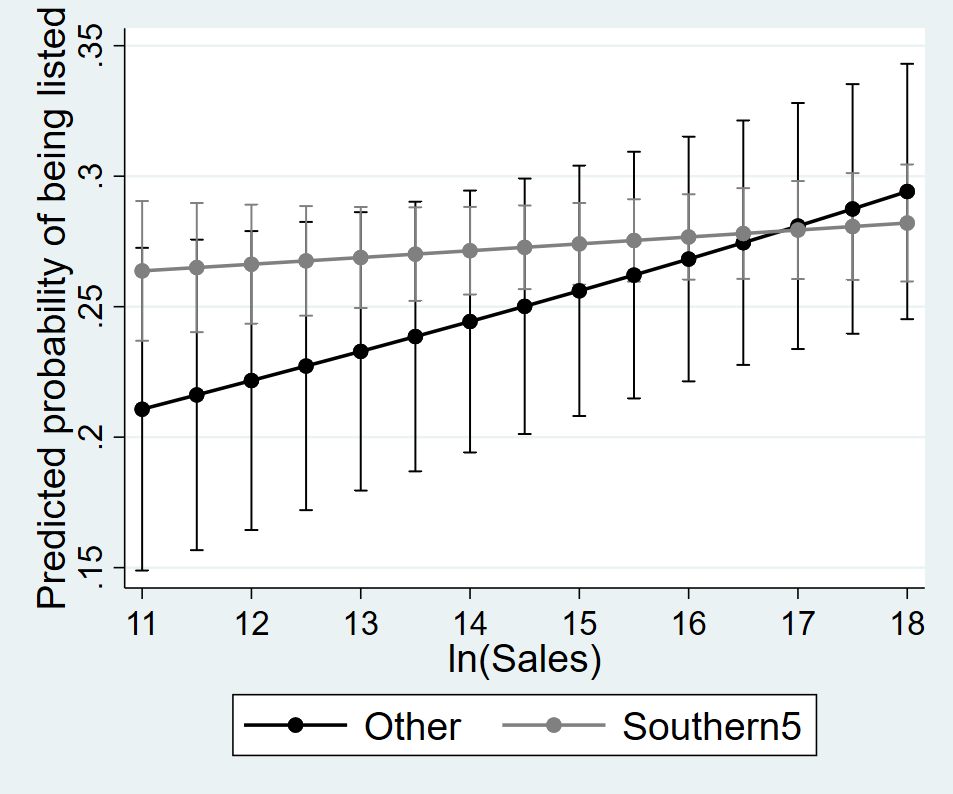 Note: The x-axis shows the logarithm of GI sales. The y-axis shows the probability of being listed based on a statistical probit model including control variables such as a country’s Common Agricultural Policy receipts and the year the GI was registered. For more information, see the author’s accompanying study.

On top of the need for unanimous Council approval, member states’ positions have been strengthened by the recent requirement for ratification of trade agreements. Cutting a long story short, even after the Council has signed an agreement, countries need to approve it again for it to come into full legal effect. The reason is that recent trade agreements have mixed trade and investor-state dispute settlement, which is a member state competency.

The need for unanimous Council approval and ratification imply that countries essentially have an ex-post veto over trade deals. Member states are not afraid to threaten use of this veto: Italy, Greece, and Cyprus have all threatened not to ratify the Comprehensive Economic and Trade Agreement (CETA) with Canada over inadequate protection of their specialty foods.

At first sight, the possibility of ex-post vetoes weakens the Commission’s hand. In fact, it does exactly the opposite. During negotiations, the Commission can claim the trading partner should give in to demands for GI protection, because otherwise the agreement will be vetoed. Political scientist Dirk de Bièvre has called this the paradox of weakness in EU trade policy. In line with this paradox, the willingness of the Southern Five to veto trade agreements over GIs has enabled the EU to export protection of its GIs to its trading partners.

If the UK wants to negotiate a comprehensive trade agreement with the EU, GI protection will be on the menu. As reported in the press, the EU was not amused when the UK appeared to be trying to reduce its commitments on protecting EU GIs. Yet on GIs, like on many themes, Brexit Britain is stuck between a rock and a hard place: if it simply continues following EU rules, what was the point of Brexit?

One of the hopes of Brexiteers was to ditch EU rules. The aim was twofold: having less red tape within Britain, but also having more latitude in negotiating its own trade deals with countries not keen on EU regulations. The US being a fierce opponent of the EU’s GI system, one can understand the UK temptation to ease GI regulations in a bid to secure a transatlantic trade deal. However, with Joe Biden soon to enter the White House, a quick UK-US trade deal is off the table anyway.

The EU has fought hard to make its trading partners protect specialty foods. The quantitative study presented above, based on 11 past trade agreements, shows that both economics and gastronationalism play a role in determining which of these GIs get protected. The threats not to ratify CETA illustrate that southern EU member states take GIs very seriously.

The implication is that any country wishing to conclude a comprehensive trade agreement with the EU – be it the UK, Australia, or the US – will have to protect at least some EU GIs. After all, you can’t have your Cornish Pasty, Lübecker Marzipan or Brioche Vendéenne and eat it too.

Note: This article gives the views of the author, not the position of EUROPP – European Politics and Policy or the London School of Economics. Featured image credit: Martin Delisle (CC BY-SA 2.0) 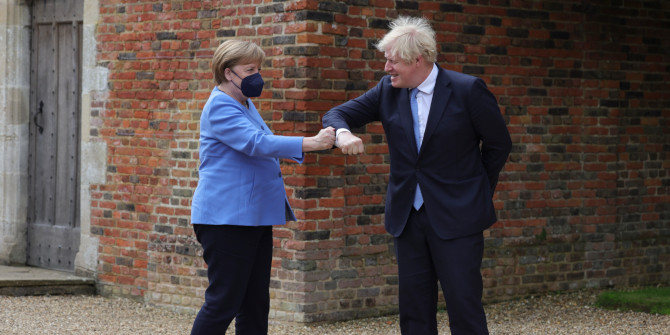 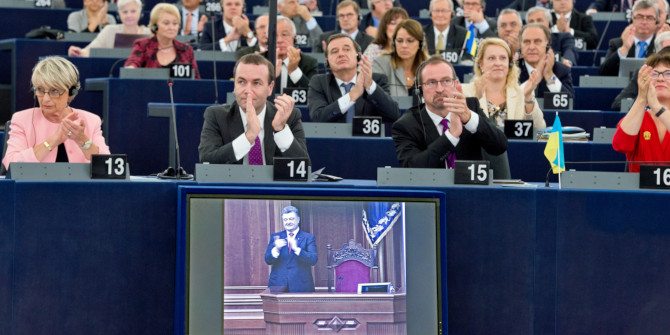