Demonstrations have been held across Russia in support of Alexei Navalny, who was arrested by Russian authorities on 17 January. Oleg Chupryna argues that while Navalny’s arrest was the trigger for the current protests, the root of the public’s anger lies in the country’s deteriorating economic situation and the growing inequality that exists between ordinary citizens and the ruling elite.

Alexei Navalny, the leading figure of the anti-Putin opposition in Russia, became known globally after he was poisoned with a nerve agent in August last year. Following lengthy treatment in Germany, Navalny survived. He has openly accused Russia’s state security agency, the FSB, as well as Vladimir Putin, of orchestrating the attack.

On his return to Russia on 17 January, Navalny was immediately arrested and put in jail. His supporters called for citizens to take to the streets on the following Saturday to protest his arrest. The timely release of a video investigation produced by Navalny and his nonprofit organisation, the Anti-Corruption Foundation, further contributed to the appeal of the protests.

The video, which was watched by over 20 million people on YouTube within the first 24 hours of its release – and is currently close to 100 million views – details accusations of corruption against President Putin. Against the backdrop of a declining Russian economy, increasing poverty and mounting socio-economic problems, these revelations have had a substantial impact on the public.

On 23 January, thousands of Russians took to the streets in almost 200 cities and towns. While it is difficult to say how many people participated across the country, some estimates have put the figure as high as 300,000. There were several important features that distinguished these protests from previous demonstrations.

First, protests on this scale have not been seen in Russia for almost a decade. The largest demonstrations took place in Moscow and Saint Petersburg, while other cities including Yekaterinburg and Nizhny Novgorod also saw significant protests. Perhaps the most remarkable feature of the protests was the extent to which small cities and towns, which usually would not be associated with protest movements, witnessed demonstrations.

It is also notable that so many people chose to take part despite freezing weather. In the city of Yakutsk in the far east of the country, for instance, protests were held despite the temperature falling to -49 degrees Celsius. The pre-emptive arrest of many of the organisers of rallies and an unprecedented propaganda campaign by the authorities warning people to stay at home did not seem to deter the protesters. The number of arrested protesters was also unprecedented in recent history. In Moscow alone, almost 1,500 people were detained, and over 500 were held in Saint Petersburg. In total, more than 3,500 people were arrested across Russia. 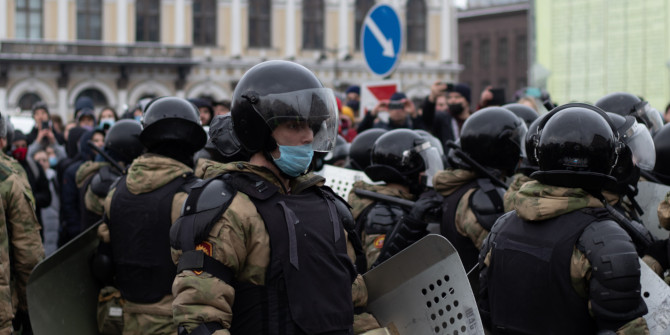 Second, in previous demonstrations, organisers have tended to obtain permission from the authorities to hold events. This time was different as they did not ask for permission. The sense of anger from participants also appeared to be far greater than in the past, with protesters refusing to be deterred by the typically heavy-handed response from the authorities.

There were many instances of aggressive behaviour by protesters towards the police, which is unusual when set against previous demonstrations over the last decade. Various videos show young protesters fist fighting with police in full riot gear or bombarding them with snowballs. In one video, a group of young men attack a police car. This level of anger seems to have come as a surprise to the police, who typically experience little resistance from protesters.

These protests were undeniably different from those of the past. There is evidence that around 40 per cent of those who participated had never taken part in demonstrations before. Although all age groups were represented, the primary demographic group was young people in their mid-twenties and thirties, though there were many teenagers and young people in their early twenties who also took part.

A moment of truth for Putin’s regime

This leaves the question of why the country has been brought to this point. In truth, there has been a combination of causes. Russia’s deteriorating economy and associated socio-economic problems have come to the fore over the last few years. This was evident in the protests that took place in 2018 over an extremely unpopular proposal to reform the Russian pension system and it is even clearer now.

Growing inequality and the perception of staggering corruption involving the country’s superrich elite, including the President himself, have further fuelled the sense of anger. As have the government’s poor handling of the Covid-19 pandemic and last year’s farcical constitutional referendum – which effectively allows Putin to stay in power indefinitely and protects him from future prosecution even if he retires. Within this context, the arrest of Alexei Navalny was the trigger that was needed to spark a response from the public.

The demonstrations will likely continue, potentially in the manner of those in Belarus, where protesters have engaged in regular anti-government marches since the country’s presidential election in August last year. Just as in Belarus, the prospects of protesters securing a change of regime in Russia or even any serious reforms remain low. But what is clear is that Putin’s regime has suffered a remarkable loss of legitimacy. Its future survival may now depend on the systematic use of force and repression.

Note: This article gives the views of the author, not the position of EUROPP – European Politics and Policy or the London School of Economics. Featured image credit: Postmodern Studio / Shutterstock.com 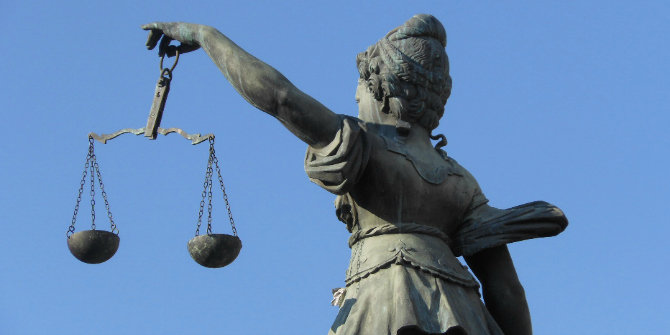