The EU’s Covid-19 vaccination rollout has received intense criticism for failing to keep pace with the vaccination programmes of other countries, notably the UK. Gareth Davies argues that while the UK has undoubtedly managed to vaccinate a greater share of its population than EU states thus far, the facts are more nuanced than the headline figures suggest.

The media is full of comparisons between Britain’s speedy vaccine rollout ‘success’ and the EU’s slowness. Britain’s early decision to scale up production, and its effective procurement is compared with the EU’s slow decision-making and clunky contracting.

The facts are more nuanced. Both Britain and the EU began investing in vaccine production in 2020, with the EU providing 336 million euros to producers to scale up facilities, and the UK allocating 240 million pounds to both production and longer-term research facilities. These seem to have had similar results, in that both are now producing at about the same per capita level, albeit that the UK began from a lower base.

How do we know this? It is extremely hard to get accurate figures on vaccine production and supply, as all parties tend to regard them as commercial or state secrets. However, it is public knowledge that as of 23 March the UK had put around 30 million jabs in arms. It is also publicly stated that about 13 million of these are Pfizer jabs, all of which are imported from the EU.

Alongside this, the UK has received 5 million from the Serum Institute in India, and is strongly suspected to have received non-trivial amounts of the AstraZeneca vaccine from the Halix plant in the Netherlands, a lack of information about this being one of the sore points in the UK-EU debate. Putting these numbers together, and given that the UK has a policy of keeping only a minimum of vaccines in reserve, it seems that the UK has probably produced slightly less than half of its total, somewhere between 10 and 15 million jabs, or enough to provide somewhere around 20% of its 68 million population with a first vaccination.

On the EU side, the Commission says that about 100 million vaccinations have been produced in the EU, although it continues to lack information on that Halix plant, which may have produced an additional ten million or so. Assuming the 100 million as a conservative minimum, the EU has also produced enough vaccines for about 20% of its 447 million population.

Why then the huge differences in vaccination? The UK has provided a first vaccination to more than 40% of its population, whereas the EU is stuck around 12-14%. Rollout problems do not explain this. The difference between Denmark, which minimises its reserves and has jabbed 16%, and most countries, which are on about 12%, shows that unused vaccines are not the explanation. Rather, that difference is to do with supply: the UK is getting more. 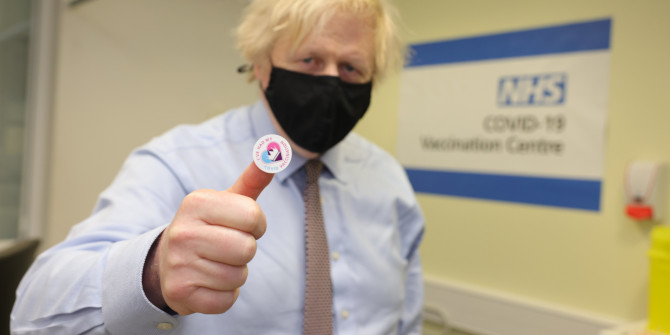 The cause of this is different degrees of vaccine nationalism. The vaccine producing countries of Europe have made enough to vaccinate about half their population with a first jab (the 100 million jabs were made in EU states with a combined population of about 200 million – Germany, Belgium, the Netherlands, Spain and Italy). If they had kept this for themselves, they would be far ahead of the UK – which would have had to make do with its own more limited production – and at around the same stage as the US.

However, the European producers have exported about a third of their production globally, to countries such as Mexico, Canada, Chile, the US (not much) and, above all, the largest recipient, the UK. The overwhelming reason why the UK is so far ahead with its vaccination programme is that it has received so many vaccines from the EU.

The European producers have also exported about another third to the other countries of the EU, their neighbours. An early decision was taken by EU states that it would be unacceptable for some states to protect their populations while others looked on with empty hands and full hospitals, and so vaccines are distributed within the EU on a per capita basis. This was not a legal obligation inherent in EU membership, but a pragmatic, if also ethical, political decision. If one wants relationships to survive a crisis, there has to be a degree of solidarity.

By contrast, not a single dose of vaccine has been exported from the US or UK. The US prevents this by law, also blocking supplies necessary for manufacture. The UK has achieved it by contract. This has been a source of pride in the UK – we contracted better! However, this claim deserves some unpacking.

Firstly, while AstraZeneca and the British government sometimes say that the UK contracted earlier – a fact of dubious relevance anyway – they have not been able to provide evidence for this. The publicly signed and published contracts show that the EU contracted one day before the UK, and that both contained clauses requiring ‘best reasonable efforts’ to supply the contracted amount. Both also referred to the same four factories, two in the UK and two in the EU as suppliers.

The EU approach is that given AstraZeneca’s failure to meet its production goals, it should reduce supply pro rata to its customers. By contrast, AstraZeneca has been supplying the UK preferentially, providing to date about 20% of its purchase, while the EU has received less than 10% of its. AstraZeneca has suggested that this choice follows from the content of the different EU and UK contracts.

There are not enough public details to fully check this statement, but the suggestion has been made that the UK contract contains precise supply commitments, an obligation to supply the UK preferentially if necessary, and harsh penalties for failure. By contrast, the EU contract is said to be somewhat less detailed and more conciliatory, providing for informal discussions in the event of disagreement, and no penalties beyond withholding of payment.

If that is correct – and in the light of common law and civil law differences it is very plausible – it provides an explanation for AstraZeneca’s choices, but not a justification. The explanation is simple: having promised to supply the UK preferentially, and the EU fairly, AstraZeneca simply cannot do both, and so has made a commercial decision to breach the contract that will cost it less.

However, contrary to what the UK secretary of state has suggested, it is not a justification: the strict terms in the UK contract are unlikely to provide a legitimate reason to breach the EU one. An exclusivity clause in one contract does not justify a failure to supply in another one – to achieve that AstraZeneca should have put in a ‘UK priority’ clause in the EU contract too. The only derogation from their obligation to supply the EU appears to be the best efforts clause, which encompasses production problems, but not ‘we promised them to someone else’.

More generally, the idea of ‘best reasonable efforts’ does not as such address how production deficits should be distributed among customers. However, while it may be compatible with pro rata reductions, it is unlikely to be compatible with selective supply cuts to those imposing the lowest penalties for breach. This approach might win favour with some law and economics advocates, but is unlikely to be attractive to civil law judges.

The UK thus decided to get as many vaccines as it could for itself, at any cost. It promises to contribute to global vaccine supply, but only after it has served itself. The European producers, by contrast, have accepted that they have a global and regional role, even though this means domestic shortages. Are these differences the product of differing ethics, ambitions, or organisation? Is it really correct to describe one as success and the other as failure? These are the topics of another blog.

Gareth Davies is a Professor of EU Law at Vrije Universiteit Amsterdam.

How has Covid-19 changed lobbying activity across Europe? 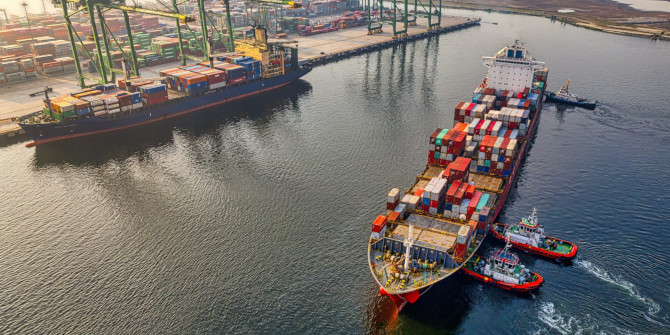 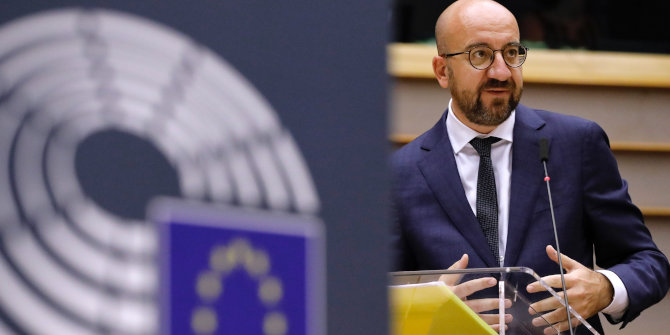