EU policies are set jointly by the European Commission, the European Parliament, and the Council. But which of these institutions has more power to determine final policy outcomes? Drawing on a new study, Philippe van Gruisen and Christophe Crombez show that even though the Commission has lost powers with subsequent Treaty changes, it remains a powerful player in EU policymaking.

The distribution of legislative power in the EU is a well-researched topic among economists and political scientists. Legislative power is usually referred to as the ability of an actor to determine policy outcomes. In the EU, policies are collectively decided by three institutions: the European Commission, the European Parliament, and the Council. But what are their relative powers to shape EU policies, and where do these powers stem from?

The EU Treaties are an important source of power. They stipulate which legislative procedure is used for a particular policy domain. These procedures, in turn, outline who has the right to make a proposal, who can amend, or who can veto policy changes. There are two main procedures in the EU: consultation and codecision. The Commission, for instance, has the sole right of initiative to formulate a proposal under both procedures. This ability grants the Commission legislative power, especially under the consultation procedure. Under that procedure the European Parliament’s approval is not necessary and the Council can only amend the Commission’s proposal by the burdensome unanimity requirement. As a result, the Commission can present the Council with a take-it-or-leave-it offer and derive powers from it.

The Commission and the Council Presidency

In a new study, we stress an alternative source of power for the Commission: it can strategically use the rotating Presidency of the Council. The Council Presidency rotates every six months between the EU member states and acts as the main representative of the Council in negotiations with the European Parliament. The final policy thus may, at least in part, reflect the preferences of the Presidency.

To study whether the Presidency’s role limits or expands the Commission’s powers, we develop two-period spatial models of EU policymaking that include the Presidency as a key player. In the model, the preferences of the Presidency may change between the two periods, as member states take turns at the Presidency. The Commission can then decide under which Presidency period to introduce its proposals.

Figure 1: Estimated distance between the ideal positions of the member states and the Commission 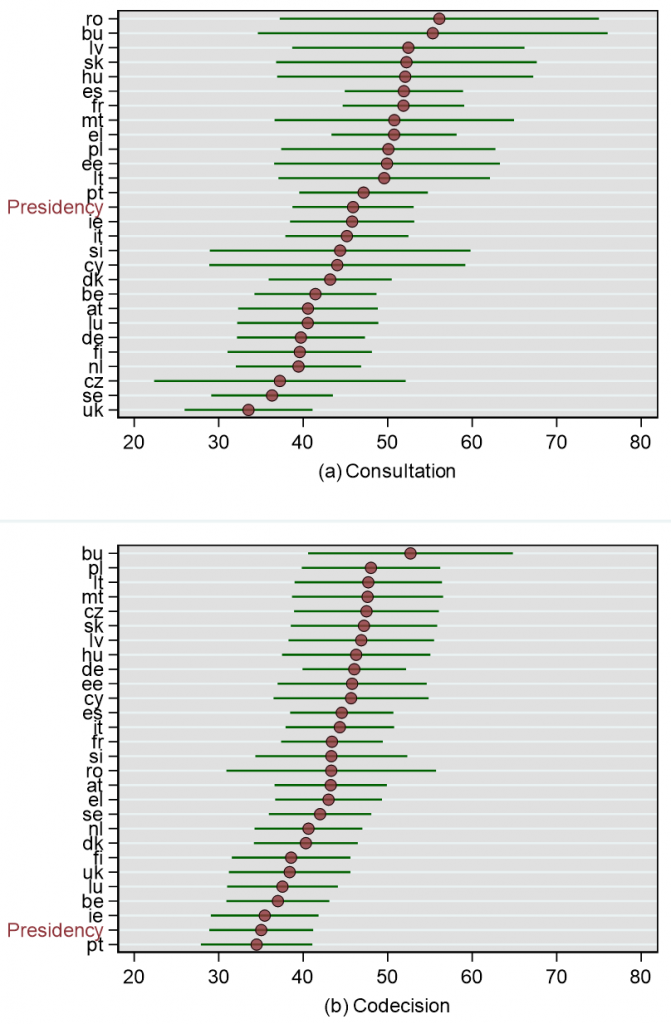 Note: Confidence intervals are shown in green. The Presidency in the Figure represents all observations of the member states’ distances to the Commission in the period they held the six-month Presidency.

In conclusion, while the Commission has indeed lost powers with the introduction and extension of the codecision procedure, it can retain part of its powers by timing the formulation of its proposals. The Commission formulates a proposal on an issue when the Presidency is close to itself on that issue.

For more information, see the authors’ open access article at the European Journal of Political Economy

Philippe van Gruisen is an Assistant Professor of Economics at Leiden University, where he conducts research on the political economy of EU decision-making. Philippe teaches in the interdisciplinary programme Economics and Public Administration. He obtained his PhD in Applied Economics at the University of Leuven.

Christophe Crombez is Professor of Political Economy at the Faculty of Economics and Business at the University of Leuven and Senior Research Scholar at the Freeman Spogli Institute for International Studies at Stanford University. His research and teaching focus mainly on EU institutions and policies. He holds a PhD from Stanford University. 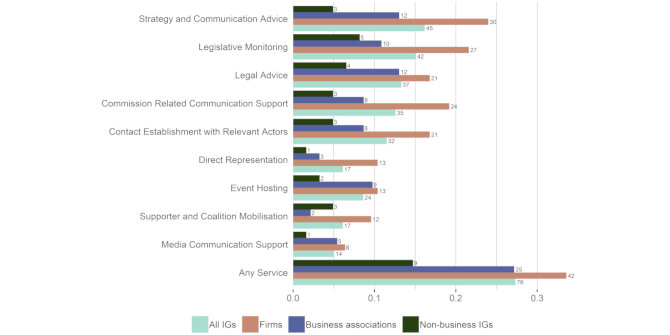