France will hold regional elections on 20 and 27 June. Françoise Boucek explains why the vote matters and what the outcome might tell us about the 2022 French presidential election.

This month’s regional elections in France are a tough call. A volatile environment is marked by a complex two-round non-majoritarian list system and a de-aligned and fragmented party system with factionalised parties on the left and right.

Historically, these regional contests were a fair predictor of voting for the presidential elections the following year. But this started to change in 2017 when Emmanuel Macron’s party La République en Marche (LRM) didn’t even exist in the preceding regional elections.

Widespread expectations for the 2022 presidential election are for another but much tighter runoff between Macron and Marine Le Pen, leader of the Rassemblement National (RN). Throw in citizens’ confusion about the multi-tiered system of local government and political disengagement during the pandemic, and the current regional elections will be even more closely scrutinised for any indication of the political winds.

On 20 and 27 June, French voters will elect representatives on 13 regional councils in mainland France. Reduced from 22 in 2014, these new regional authorities are responsible for things like regional socio-economic development, vocational training, capital investment in secondary and further education, regional train services and the management of EU agricultural funds.

The regional elections use a two-round proportional list system which pushes the parties into local strategic pacts with other parties in the runoffs if they meet the 10% threshold in the first round. They must decide whether to fight the second round on their own in any given region or form a merged list of candidates who received at least 5% of first-round votes. This list re-composition must be finalised a couple of days after the first round, which is why inter-party arrangements are often discussed behind closed doors beforehand.

These tactical pacts are critical for Macron’s centrist LRM but perhaps even more so for the centre-right Les Républicains (LR), many of whom joined Macron’s government majority and executive in 2017. They include two Prime Ministers (first Édouard Philippe and then current Prime Minister Jean Castex) and Finance Minister Bruno Le Maire. The question of whether to pursue an anti-nationalist campaign strategy continues to divide the centre-right, as illustrated in two regional battlegrounds: Provence-Alpes-Côte d’Azur (PACA) and Hauts-de-France.

The national party dealignment triggered by Macron’s centrist majority in 2017 complicates the strategic calculus that party candidates must already perform under two-round electoral systems. Macron hopes that his centrist candidates can count on their current centre-right allies in the national parliament and executive to cooperate against the nationalists in the regions’ second round of voting. This is crucial because the presidential party has weak grassroots organisation and no regional office-holders seeking re-election. That’s why last week Macron called for a ‘technical merger’ with moderates in the second round.

Macron also timed the end of the regional campaign to launch his post-pandemic summer ‘Tour de France’ to take the pulse of the nation. But will he be able to repeat his 2017 winning formula? It’s a lot trickier at regional rather than national level to rally forces on the centre left and right to form a republican barrage against Le Pen’s Rassemblement National.

In contrast, the centre-right Les Républicains is a giant at the grassroots level but faces an existential crisis at the national level. The former Union pour un Mouvement Populaire (UMP) was founded by Jacques Chirac in 2002 from a merger of several centre-right parties. In 2002, Chirac had won an 82.2% majority in the presidential runoff against Jean-Marie Le Pen (Marine’s father) by rallying forces on the left and right against the nationalist assault – a winning strategy which Macron emulated in 2017.

But this strategy continues to divide Les Républicains. One camp wants to keep the cordon sanitaire between them and Marine Le Pen while the other continues to favour Nicolas Sarkozy’s ‘ni, ni’ (neither nor) flexible approach. In the 2011 cantonal elections (now replaced by elections départementales held simultaneously this month), Sarkozy called on his supporters not to cut themselves off from either the National Front or the Socialist Party.

Meanwhile, the nationalist threat has lost some of its sting, with the former National Front’s detoxification project (dédiabolisation) starting with a name change. Le Pen’s Rassemblement National has abandoned its policy of leaving the euro, toned down its anti-immigration rhetoric in favour of expatriating immigrants with a criminal record, and focused on de-industrialisation and building its regional strongholds.

The party is well-placed to win control of the southern region of Provence-Alpes-Côte d’Azur (PACA) – the old stronghold of Jean-Marie Le Pen. The RN list in PACA is headed by Thierry Mariani, a former minister in Sarkozy’s conservative government. Mariani defected to the RN a few years ago and now faces a judicial enquiry for not being a resident in the southern region.

A recent poll by IFOP/Fiducial for Le Figaro et LCI predicts that Mariani’s list would win a plurality of 41% of the vote in the region’s first round and a very narrow majority in the second round. The latter assumes that candidates on the left would form a joint list with conservative candidates in the runoff as they did in 2015. But even if the left parties don’t withdraw, the nationalists are predicted to win a plurality of 44% of the vote in a triangular race in PACA.

In another nationalist stronghold – the northern region of Hauts-de-France – Le Pen’s party is threatening to unseat Xavier Bertrand, a prominent conservative who is President of the Regional Council. Bertrand was Minister of Labour in Sarkozy’s government, who is now on trial for breaking election spending laws in his 2012 presidential re-election campaign which he lost to Socialist François Hollande.

Bertrand declared in March that he will run for President in 2022 without consulting his centre-right party, claiming he stands a better chance than Macron of defeating Le Pen. He is now busy building relationships with civil society groups in his region.

Les Républicains have become so divided about the selection of the party’s presidential candidate for 2022 that the current party leader, Christian Jacob, recently announced a large autumn consultation to select the best candidate. The details of this method, involving a sample of 15,000 people, remain to be seen, but the party hopes to have selected its candidate sometime in November. Former chief Brexit negotiator Michel Barnier might be in the running.

Finally, parties on the left also face a big challenge in these regional elections after failing to form a united front behind single candidates for the runoffs, including in the Paris region.

The left is divided three ways. First, there’s a factionalised Socialist Party, which was decimated by Macron’s defection to form a new movement in 2017 and is now increasingly caught in generational culture wars. Alongside the Socialist Party, there are a large number of green parties who currently find themselves unable to translate public concern over climate change into votes.

Meanwhile, on the far left, Jean-Luc Mélenchon’s protest movement ‘La France Insoumise’ rarely misses an opportunity to stir things up with incendiary rhetoric. With all of this division on both the right and left of the party system, voters face a bewildering set of choices. One can only wish them luck in figuring out what they really want.

Note: This article gives the views of the author, not the position of EUROPP – European Politics and Policy or the London School of Economics. Featured image credit: Matthieu Joannon on Unsplash

Françoise Boucek is a Visiting Research Fellow and Associate of the Centre for European Research at Queen Mary University of London. Previously she lectured and taught in the Government Department at LSE where she obtained her PhD in 2002. 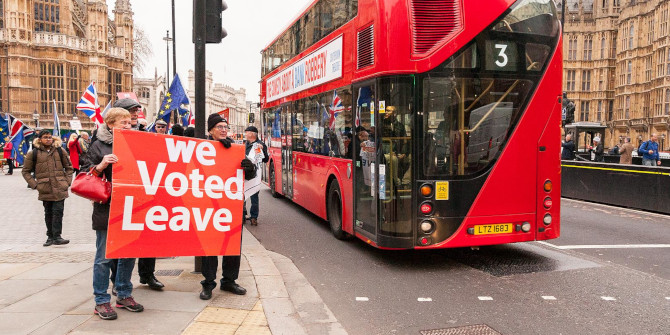