Do voters become more populist if no party represents their views? Bruno Castanho Silva and Christopher Wratil conducted an experiment in twelve European countries during the 2019 European Parliament election campaign to see how citizens react when told that no party shares their opinions on issues. The study shows that a lack of representation increases populist sentiment among those who were not populist before.

The success of populist forces in contemporary democracies – from Orbán and Trump to Vote Leave and the Occupy Wall Street movement – is one of the big political narratives of our times. Many see the root causes of populist success in economic or cultural grievances, such as economic inequality, loss of social status, or a backlash against liberal norms and multicultural societies.

While researchers are still debating the merits of these explanations, one influential alternative argues that parties have increasingly lost the ability to represent voters’ preferences. This failure of representation is said to foster dissatisfaction with politics and ultimately lead to populist sentiment in the electorate. When faced with a political system that seems stacked against them, it is no surprise if voters increasingly want to do away with the entire ‘corrupt political elite’ and restore power to ‘the people’.

Party cartelisation and the ‘Europe’ issue

Many argue that we have seen a ‘cartelisation’ of European mainstream parties: the ideological profiles of social democratic, Christian democratic and other traditional party families are said to have become more similar over time. There are several factors behind this trend. Two important ones in Europe are parties’ need to hold positions in government coalitions and compliance with international and EU commitments. Parties of the centre-left and centre-right increasingly end up in centrist ‘grand’ coalitions, while institutions such as the European economic and monetary union limit the range of policies that national parties and governments can enact.

In this sense, the European Union plays an important role in explanations of why populism has surged in European democracies. EU treaties and laws constrain parties’ ability to offer a wide variety of positions, especially in areas such as monetary, macroeconomic, or environmental policy. Many argue it is no coincidence that some of the most significant successes of populist forces in recent years, such as Brexit or electoral successes by anti-EU parties in Germany, Spain, and Greece, are all linked to the issue of Europe and how it limits mainstream parties’ space to defend certain positions. For example, due to their international commitments in government, mainstream parties such as the CDU/CSU in Germany or New Democracy in Greece could not turn against the single currency during the eurozone crisis, leaving many Eurosceptic voters unrepresented.

Testing the impact of representation experimentally

But do feelings of poor representation by parties really increase populist sentiment? While the arguments above are clear and perhaps even intuitive, the risk is getting the logic backwards: sure, voters may become more populist because parties are unrepresentative, but voters may also perceive parties to not represent them precisely because they already have a populist view of the world. It is easy to imagine a citizen who, raged by populist sentiment, will not even hear what ‘old’ parties and politicians have to say because ‘they’re all the same anyway’. Telling the two apart was the goal of some recent research we have conducted.

We designed an experiment with more than 23,000 citizens from twelve EU countries just before the 2019 European Parliament election campaign. The experiment was part of an online survey and showed respondents different scenarios of how their national parties could position themselves on specific topics that were salient during the election campaign. The issues included, for example, the EU’s position on the Brexit negotiations, financial support for member states in economic difficulty, environmental protection, EU military cooperation, and asylum policy.

Importantly, we randomly showed respondents different positions that national parties were expected to take on the issue. This meant that for some respondents one or several parties represented their personal opinion, while for others no party shared their position. We then asked participants how well represented they felt as well as questions that tapped into their populist sentiment. By manipulating whether respondents were represented or not, we could ensure that the causation ran in the theorised way: a lack of representation (or not) leading to populist attitudes, and not the other way around.

Our results show that if parties do not represent one’s policy position, people feel less represented, and this feeling of poor representation indeed increases populist sentiment for some. Specifically, people who already had a populist worldview before participating in our experiment did not change their populist feelings in response to parties’ positions, regardless of whether they were represented or not. However, those citizens with weak or medium populist views before participating in our experiment significantly reacted to the information that no party was expected to represent their view. They expressed systematically more populist opinions if they saw and felt that no party represented them than respondents who were represented by a party. In particular, voters expressed more anti-elite sentiment and viewed politics more in ‘black-and-white’ terms after learning that parties did not represent them.

Our results highlight that parties’ failure to represent voters is a significant cause of populist sentiment in European democracies. More worryingly, voters that entered our experiment with strong populist attitudes did not revise them when seeing that parties shared their views. They still felt better represented but did not reduce their populism. This highlights the importance for parties that want to contain populist sentiment to listen to voters and offer a diversity of positions, avoiding any ‘there is no alternative’ discourses. A vibrant exchange of opposing ideas is essential to democratic life and, as it appears, can help prevent the diffusion of populism.

Note: This article gives the views of the authors, not the position of EUROPP – European Politics and Policy or the London School of Economics. Featured image credit: CC-BY-4.0: © European Union 2021– Source: EP

Bruno Castanho Silva is a Post-Doctoral Researcher at the Cologne Center for Comparative Politics, University of Cologne.

Christopher Wratil is an Assistant Professor in Government at the University of Vienna. 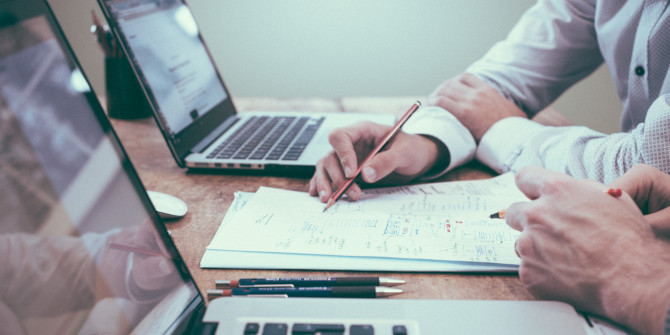