What motivates governments and other political actors to promote conspiracy theories? And what impact do these theories have on society? Drawing on a new book covering Russia and the post-Soviet region, Scott Radnitz explores the causes, consequences, and contradictions of conspiracism in politics.

The book takes in 12 post-Soviet states over 20 years. It treats conspiracy claims as one of several tools in the rhetorical arsenal of political actors and aims to explain when and how conspiracy theories emerge and endure. Paying attention to the media environment in this region reveals that conspiracy theories are rarely voiced by public officials in some countries and time periods, whereas they may appear episodically or even become ubiquitous in others. Having spent several years compiling a database of over 1,500 conspiracy claims from the post-Soviet media with the help of a dozen assiduous research assistants, I make several counterintuitive arguments based on this data.

First, conspiracy theories are more likely to appear in somewhat competitive rather than fully authoritarian regimes. According to the conventional wisdom, the most conspiratorial forms of government are dictatorships, where rulers supposedly maintain unbridled power by fulminating against enemies, distracting from poor governance, and dividing the citizenry against itself. But in fact, the most repressive regimes in the region, such as in Turkmenistan, Belarus, and Azerbaijan rarely resort to conspiracy, preferring instead to spew ordinary self-serving propaganda through the state-controlled media.

Instead, it is leaders in more competitive regimes such as Ukraine, Georgia, and Kyrgyzstan – not quite full democracies, since we are, after all, in the post-Soviet region – where conspiracy claims flourish. This is because the need to win elections and the presence of pluralistic media and independent organisations means that incumbents must compete for votes, often against challengers who can lob their own allegations in the mass media and even engage in conspiracy mongering themselves.

A second insight comes in an examination of the ascendancy of conspiracism in Russia – a case that deserves special treatment and gets its own chapter. Two existing narratives predominate: that Russia is cursed to have conspiratorial leaders and citizens owing to its traumatic history of invasion, violence, and tyranny; or that conspiracism is the sole handiwork of President Vladimir Putin, the master spy and scourge of democracy. One posits inevitability, the other, agency. I show that neither story is quite correct.

Although Communists and nationalists in the 1990s extensively propagated conspiracy claims about Gorbachev, the Soviet collapse, the CIA, and the expansion of NATO, officials in the Yeltsin era and the first years of Putin’s reign mostly refrained from voicing conspiracy claims, even when there were clear opportunities to do so, such as after the attack on a Moscow theatre by Chechen militants in 2002, or in relation to NATO’s decision to welcome former Warsaw Pact members into the alliance. Instead, it was a confluence of events that appeared to pose a significant threat to Russia’s sovereignty and great power status that moved Russia toward what I term a regime of sustained official conspiracism. What began as a defensive response by the Kremlin to such challenges in 2004 and 2005 became a concerted strategy to maintain a steady flow of conspiratorial discourse into the public sphere through an increasingly state-controlled press.

Scholars of politics, even in Western democracies, must move beyond viewing conspiracy theories as an aberrant or exotic type of belief and instead treat them as an ordinary form of political rhetoric that will not disappear anytime soon.

A third argument in the book is that the excessive use of conspiracy theories can backfire on their claimants. Overuse of the tactic threatens to call a regime’s credibility into question, as people may begin to doubt claims of future nefarious activity when previous dire prognostications did not come to pass. Excessive conspiracism can be read as a signal of regime weakness, as people may wonder what the government did to acquire so many determined enemies. And it can lead to fatigue, as additional claims lose their power to shock and recede into mere background noise.

I show, by analysing surveys, survey experiments, and focus groups from Georgia and Kazakhstan, that conspiracy claims, when voiced by officials, do not necessarily lead to political support. Once exposed to conspiracy theories by elites, cynical citizens may come to suspect that the very leaders who level accusations against others are themselves complicit in the secretive abuse of power for personal gain, in other words, of engaging in conspiracies. Thus, although some regimes perceive conspiracy theories as an effective tactic to build political support, their rhetoric may succeed only in making people more suspicious in general, leading them to question the motives of conspiracy claimants.

What does this all mean for the rest of us? When I began researching for this book in the pre-Trump era, it was going to be a story about a fascinating and complicated region with a flawed record of consolidating sovereignty and institutionalising pluralism. It later became clear that many of my arguments apply even in consolidated democracies, where conspiracy theories were once relegated to the margins. Factors such as polarisation and rising distrust have undermined respect for neutral institutions that adjudicate factual claims, while eroding norms against promoting conspiracy theories in the political arena. As in the post-Soviet cases in my book, political competition in Europe and the US provides incentives for politicians to take factual shortcuts.

None of this means conspiracy theories are destined to predominate, even if they persist as a mainstream political discourse. Where there is pluralistic media, there will be both an audience for conspiracy theories and the means to marshal the facts to counter them. And if politicians find that they do not pay electoral dividends, they are likely to resort to alternative appeals.

Yet once the dam has been broken, conspiracy theories are unlikely to disappear as a viable form of rhetoric, especially if parties must only mobilise a disaffected minority of voters to gain a legislative foothold. France and the UK are not about to become Russia or Ukraine. But the post-Soviet example can be instructive. Scholars of politics, even in Western democracies, must move beyond viewing conspiracy theories as an aberrant or exotic type of belief and instead treat them as an ordinary form of political rhetoric that will not disappear anytime soon.

For more information, see the author’s new book, Revealing Schemes: The Politics of Conspiracy in Russia and the Post-Soviet Region (Oxford University Press, 2021)

Scott Radnitz is the Herbert J. Ellison Associate Professor of Russian and Eurasian Studies in the Jackson School of International Studies at the University of Washington. 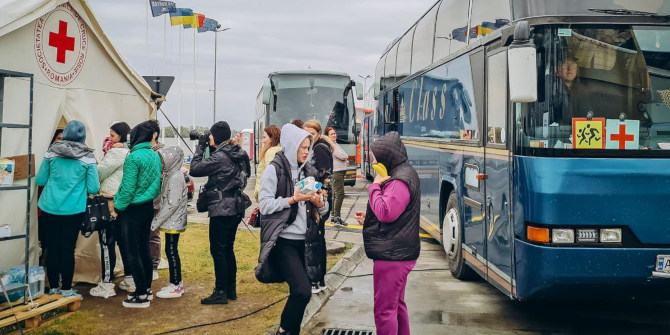