Germany and Sweden count each other among their closest allies, but the focus of their bilateral relations has evolved significantly over recent decades. Drawing on recent developments, Nima Khorrami writes there is a clear incentive for the two countries to pursue closer cooperation in areas such as mining and space technology.

German President Frank-Walter Steinmeier paid a state visit to Sweden in early September. Invited by the Swedish King, the most critical leg of the trip was the final day, which saw him flying to the Arctic city of Kiruna. Coming off the back of a speech at the Riksdag, where Steinmeier emphasised the need to strengthen “the triangle of climate protection, economic competitivity, and social balance”, the German President’s first stop was the Esrange Space Center, where he met with a number of Swedish and German space startups. This was followed by an afternoon stop at the Swedish mining giant LKAB, during which he was briefed on, among other things, the company’s automated and carbon free operations.

The geopolitical significance of Steinmeier’s visit for both Sweden and Germany cannot be overstated. Home to some of the largest mining sites in the world, Northern Sweden has gained added geostrategic importance from the growing competition between the US and China over critical materials, as well as from the European Union’s push for strategic autonomy. Sweden’s Arctic region has the potential to become a reliable supplier of iron ore for the German and indeed the wider European renewable, automotive, defence, and high tech industries.

For that to happen, securing long term investment in the region’s infrastructure as well as LKAB’s own operations, including research and development, are a must. And it seems that both Swedish and LKAB officials had this objective in mind when Steinmeier visited the company. He was not only briefed on LKAB’s efforts to move to the city of Kiruna without interrupting the company’s operations, but was also given a detailed insight into the company’s future plans and needs for large scale and sustained production of carbon free iron and iron ore.

For its part, Berlin has sufficient strategic incentives to be keen to help LKAB succeed in its goals. To begin with, there is a long, albeit shameful, history of bilateral mining cooperation between Berlin and Stockholm. Today, with minerals at the heart of fast and unfolding competition between China, the US and Europe, it is obvious why gaining reliable access to these minerals is of increasing importance for advanced economies like Germany. By investing in Sweden’s mining sector as well as infrastructure projects in Northern Sweden, Berlin can secure a supply of critical minerals for its industries, boost the EU’s newly announced alliance for critical minerals, and take a pivotal step in reducing both its own and Brussels’ vulnerabilities to the geopolitical whims of Beijing and Washington.

Equally significant is the prospect of space cooperation between the two northern European nations. Over the course of the past two years, a number of countries, including France, Germany and the UK, have followed NATO’s lead in recognising space as a separate domain and establishing their own space commands. Germany considers space to be “critical infrastructure that we need to secure” and Berlin is committed to substantially enhancing its space capabilities to better defend its own interests while simultaneously contributing to both the EU and NATO’s space initiatives.

Sweden, meanwhile, sees a direct link between its contributions to the development of pan-European space capabilities and its ability to safeguard its commercial, environmental, and indeed geopolitical interests. This is why its state-owned space agency has been investing heavily in Esrange with the aim of converting it into a European hub for space technologies, the first orbital launch site for satellites in Europe, and a testing site for Europe’s first reusable vertical rocket.

The fact that states now have a renewed interest in space technology is unsurprising given the rising importance of satellite-based technologies for emerging digital economies, the fight against climate change, and military operations. China and Russia’s growing presence in space and an increasing number of private sector ventures have also led some analysts to warn of the potential for space accidents to trigger conflict in other domains. As calls for the development of a legal framework grow, Germany and Sweden’s mutual interest in “peace, security, democracy, and a rules-based international order” makes them natural partners in both regional and international forums.

Individually, Germany and its various space focused startups would benefit from having access to Esrange. Its vast landing zone and remoteness make it the ideal location for experimental rocket launches. For Sweden, on the other hand, space cooperation with Germany would be complementary to its broader cooperation with NATO as it could facilitate a degree of doctrinal and operational compatibility between the two sides. What is more, Sweden’s strategy of becoming the EU’s space hub would not only enhance the country’s strategic value in the eyes of its European partners, but would fall rather neatly within the government’s broader strategic objective of retaining a high degree of autonomy in the context of its relations with the EU, where it wishes to opt in and out of EU-wide initiatives at will.

Note: An earlier version of this article appeared at RUSI. The article gives the views of the author, not the position of EUROPP – European Politics and Policy or the London School of Economics. Featured image credit: European Council

Nima Khorrami is a Research Associate at the Arctic Institute. 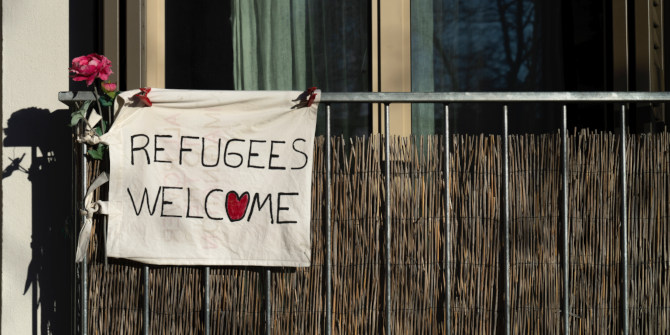 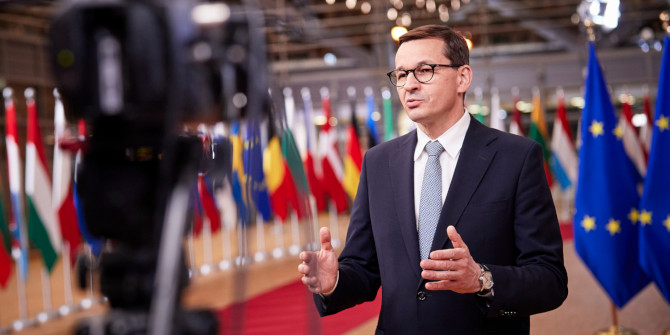