On 6 October, the first meeting of the European Political Community – a new initiative incorporating both EU and non-EU states – was held in Prague, with further meetings due to be hosted by Moldova, Spain, and the UK. Derrick Wyatt writes that this trio of countries should form a host-nations working group to prepare agendas and proposals for forthcoming meetings. The goal should be for the Community to function more like a ‘regional United Nations’ than a forum for discussion or the EU-style body that its name implies.

Sometimes not failing is success, and that is how the recent launch of the European Political Community (EPC) might be described. But turning an inaugural event into a coalition that can make any impact will require vision and organisation. The UK could offer both, and it should do so because it badly needs to rebuild partnerships and influence in Europe.

French President Emmanuel Macron first called for this new grouping of states in 2019. No details were offered at the time. He is clearly not superstitious: a European Political Community was launched in 1952 and failed in 1954. Macron had his reasons for proposing the new organisation. One was to give a voice to countries keen to join the EU but waiting, in their view far too long, for the green light to come in. In the meantime, EU institutional reform could take place, some national vetoes could be abolished, and when enlargement came the EU would not be forever deadlocked on one issue or another.

Another reason for proposing the EPC was to offer a consolatory partnership to Turkey, which has spent years as a candidate for EU Membership. Negotiations were suspended in 2018 because of its deteriorating human rights record. And then there is the UK. Immediately after concluding the Trade and Cooperation Agreement, as Brexit finally dawned, the UK referred to better days ahead, and even to a ‘special relationship’. UK internal politics and the Northern Ireland Protocol put that on hold. Putin’s invasion of Ukraine made strained relations between the UK and the EU and in particular France increasingly awkward and a UK role in the EPC might encourage a reset.

President Macron offered more details of what he had in mind for the EPC in a speech in May this year. The new organisation proposed by Macron would, he argued, allow democratic European nations with shared core values “to find a new space” for political and security cooperation, cooperation in the energy sector, in transport, investments, infrastructures, and the free movement of persons.

He added that joining it “would not prejudge future accession to the European Union necessarily, and it would not be closed to those who have left the EU.” In other words, EU candidates would be welcome, as would the UK, despite having left the EU, and Turkey, which is unlikely ever to join it. There was another theme too – Putin’s invasion of Ukraine. Ukraine was referred to 15 times in Macron’s speech.

The invitation list to the Prague meeting included 17 non-EU-member states. Total membership of the new club is drawn from member States of the EU (27), plus the four EFTA States (which includes Norway and Switzerland), plus EU aspirants, which now include Ukraine, plus Turkey (technically still an EU candidate), plus the UK. The President of the European Council and the President of the European Commission were also invited. For the list of attendees see here.

The summit provided the occasion for an important meeting between President Macron and UK Prime Minister Liz Truss, followed by a joint statement which included an agreement to resume UK-France summits and hold the next one in 2023 in France. They also agreed to deepen cooperation on illegal migration “within the bounds of international law”. The concluding words of their joint statement were that they “look forward to next steps”.

The broad direction of those “next steps” emerged at the inaugural meeting. According to the account of the proceedings published by the European Council, the EPC aims to “strengthen the security, stability and prosperity of the European continent”. The two issues which dominated the leaders’ discussions in Prague were peace and security – especially Russia’s war in Ukraine – and the energy crisis. These are as much priorities for the UK as they are for most of the other leaders who attended.

Opportunities for the UK

What ‘next steps’ will be taken remains unclear, and that provides an opportunity for the UK to influence events, since it is scheduled to host a meeting of the EPC in spring 2024, after Moldova in spring 2023, and Spain in Autumn 2023.

The first step the UK could take would be to signal willingness to form a host-nations working group, based on the ‘trios’ arrangement which applies to the rotating six-month Presidency of the Council. Under this latter arrangement the state holding the presidency works together with its predecessor and successor. This trio sets long-term goals and prepares a common agenda determining the topics and major issues that will be addressed by the Council over an 18-month period. Their plans are prepared in close cooperation with the Commission and the President of the European Council.

This model could be adapted for the EPC. It would mean that the first trio would be Moldova, Spain and the UK. This formula would mean there would always be two non-EU members and one EU member in the host-nation planning group, if the pattern of EU and non-EU hosts alternating continues, which it should and likely will.

The trio model could be tweaked to include the Czech Republic, which hosted the first meeting. This would work too, and a quartet might work better simply because it would provide the ideas and administrative input from another country. On this model there would always be two EU countries and two non-EU countries working on agendas and the way ahead.

All concerned would have to make this planning a serious priority for their foreign ministries, but they could choose to publicise their status and their telephone calls and meetings with the broader membership of the EPC and thereby gain visibility at home and abroad. The EU members would no doubt work closely with the European Commission and the President of the European Council, and the non-EU members would have to liaise widely. Other meetings and groups could prepare the ground for summits, as happens with the G7.

What should the UK want the developing EPC to look like?

There seems to be a consensus that a binding treaty is to be avoided in favour of an informal framework. That makes sense. A good option would be a political agreement on the aims and structure of the organisation, covering any voting rules that might be put in place and the status of votes taken by the EPC.

There would be nothing strange about a non-binding written framework. Inter-institutional agreements in the EU may be binding or non-binding, and non-binding Memoranda of Understanding create agreements between the UK central government and the devolved administrations in Northern Ireland, Scotland and Wales. A simple structure seems to be what is wanted and is certainly to be preferred. Proposals and initiatives should result directly from the sponsorship of member countries, without the need for an institutional secretariat.

A low-cost operation would be an advantage. Even a frugal administrative budget can be avoided if countries simply pay their own way. This would not rule out member countries financing specific projects or financing each other, but that would only come about if they voted specifically to do so on a project-by-project basis.

The EPC could be very loosely modelled on the United Nations. In fact, Lithuanian President Gitanas Nausėda tweeted that the EPC could be a United Nations of Europe in the making. Its aim would be the achievement of security, stability and prosperity on the European continent. That catch-all formulation figured in the Prague documentation.

In the United Nations model of the EPC, the basic working unit would be its Plenary Assembly, made up of all the member states of the EPC. This Plenary or General Assembly could take collective positions, with the threshold for adoption being, say, 75% of the total membership. Resolutions might create political commitments for those voting for them, but not for other member states.

There could also be a role for a European Security Committee or Security Council. This is something France and Germany have floated in the past as a body in which the UK would participate. In this manifestation it might comprise France, Germany, the UK, and perhaps Turkey, in recognition of its strategic importance.

A host-nations trio of Moldova, Spain and the UK would be well-disposed to securing recognition for Turkey’s place in the EPC in one way or another, though Turkey’s poor human rights record and its rifts with Sweden, Greece and Cyprus would guarantee opposition to it having a prominent role. An EPC Security Council would give impetus to collective security thinking by the quartet as well as increasing bilateral security contacts between the quartet and others.

The EPC could provide a valuable coalition for all European countries which respect the purposes and principles of the United Nations Charter, whether they be EU member states or not. The EPC’s name is misleading because it implies an EU-type structure. The body can however promote itself in terms other than simply its name. It should bill itself as a Coalition for Security, Stability and Prosperity, and try to act like one. If subsequent meetings are simply reruns of its inaugural meeting in Prague, it will be an opportunity lost, and interest in the new body will fade.

Note: This article gives the views of the author, not the position of EUROPP – European Politics and Policy or the London School of Economics. Featured image credit: Rory Arnold / No 10 Downing Street (CC BY-NC-ND 2.0)

Derrick Wyatt, KC is Emeritus Professor of Law at the University of Oxford, and a former barrister. He appeared in numerous cases before the EU Courts and advised businesses and the governments of the UK, Northern Ireland, and Cyprus. He is a Member of the International Academic Council of Fide Fundación, an independent and non-partisan Spanish think-tank. 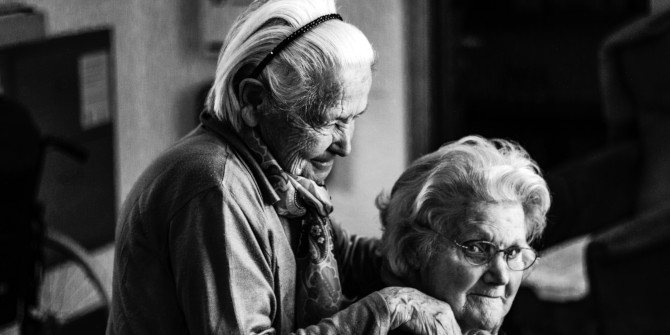