My time as a Graduate Intern at the Faith Centre

My time as a Graduate Intern at the Faith Centre

Sofia Jamal reflects on her experience and learning during her post working with the Faith Centre team.

In my first year at LSE I was given the incredible opportunity to go on the Faith Centre’s first trip to Israel and Palestine. Two years later I decided to apply for and was accepted into the same Centre’s flagship Faith & Leadership programme. Three years after my initial experience with the organisation, I found myself interning in the very same place that shaped much of my time at LSE. 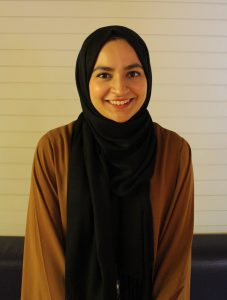 At the beginning of my internship my manager Dr James Walters sat me down to discuss what I’d like to gain from this role. I guess that is probably the biggest difference between a job placement and an internship, the latter is truly focused on building your skillset. This was extremely useful and encouraging for me as having been my first graduate job, I not only wanted to learn but knew that I had much to learn (to say the least!) Moreover, what was helpful was that I was asked what *I* would like to gain out of this role. Having discussed that I was interested in conflict resolution, I was then again given the chance to go on the Centre’s Interfaith Encounter trip but this time as a member of staff.

This trip for me was invaluable. Going as a member of staff I was able to learn not only from the organisations that we were engaging with but also the students who took part in the programme. Interacting with the students both on this trip and during my time in the Faith Centre in general really reminded me of the type of institution that LSE is. By the end of this internship I felt humbled to be around such an amazing, diverse group of people, many of whom I have no doubt will go on to be future leaders.

This job also reminded me of the need for more interfaith work, especially in today’s climate. As a visible Muslim in a time where Islamophobia is rampant I was encouraged by the fact that so many students who took part in our programmes were genuinely interested in understanding the worldview of others.

I would definitely encourage any graduates to take such an opportunity if it were to arise. I’m extremely grateful to the Faith Centre for having given me this opportunity, thank you so much.

Charles Taylor and Craig Calhoun: The Future of Faith