Collective action and citizen participation are processes known to produce social change. In this post, Udi Mandel Butler shares his research on Rio de Janeiro’s youth and their engagements in participation, social movements and enactment of citizenship. Through the collaborative production of a book, he discovered that these youth engage in both traditional political spaces and innovative forms of struggle in the day to day.

Rio de Janeiro was intensively on the news in the build up to the World Cup this summer. A lot of news coverage was devoted to the protests by mainly young people against transport cost rises. This movement aggregated other causes as it grew, taking on various grievances of both those impoverished and the middle class, having FIFA and the government as their target. What was noticeable in these mass mobilisations was the role young people played and the resistance to traditional party-political forms of organisation on display. How do young people in Rio de Janeiro participate in public action? How do they start their trajectory of participation? What kinds of movements, places and practices do they gravitate to and what are their experiences of this?

These were the questions I set out to explore in the project Cultures of Participation, whichbegan in May 2005 with the objective of understanding how young people perceive and practice citizenship in the public sphere in the city of Rio de Janeiro and what concepts such as ‘citizenship’ and ‘participation’ mean to them (see Butler 2008, 2009; Butler & Princeswal 2008).[i] While Rio is known for its inequality, it also possesses a flourishing civil society sector, with non-governmental and community organisations seeking to combat poverty, discrimination and urban violence and whose practices have become well known, nationally and internationally.

I am sharing here a gostinho (little taste) of a dialogical approach taken as part of this fieldwork which was carried out in conjunction with the Brazilian action-research NGO CIESPI  (the International Center for Research and Policy on Childhood).

Initially we identified 20 different initiatives working with or run by young people, and focusing on social justice, community development, citizenship and access to cultural opportunities. These initiatives included community organizations, NGOs, a union, the Gay Movement, the landless movement as well as more informal groups such as Hip Hop activists. Following visits and interviews with coordinators and young people participating in these organisations, we began a second stage to deepen their stories of engagement and participation. The idea was to go beyond interviews with young people and initiate a collective process of narration and debate about their experiences. As the participants in this phase themselves described, it was a process of reflection about ‘their lives inside activism and activism inside their lives’, and the challenges, difficulties and pleasures of their chosen paths.

Over a period of nine months a group of seven young people between the ages of 15 and 27, active in diverse groups in the city’s public sphere, met with members of the research team to develop narratives about their experiences of participation. The result of this process of individual and collective creation is a publication designed by the group containing the narratives they themselves wrote. The book Nós: A Revolução de Cada Dia (translated as Nós: The Revolution of the Day to Day, 2007) presents the trajectories of these young people, focusing on their participation in different groups, movements and projects engaged in a struggle for citizenship and social justice.

For example, Quênia, a 23-year old woman, has been involved in a number of community arts projects and a rap group and has been engaged in questions around black women’s empowerment. In her chapter, as in those of the other young people, she narrated the intricate connections between the personal and the political, reflecting on everyday experiences of discrimination as well as on the processes through which she became engaged in movements trying to combat the many forms this takes:

During pre-school days, if I remember rightly, we were only two black girls in the classroom – something that has not changed much [in the south of Brazil]. All the teachers were white. On TV all the presenters were white. So what would my reference of beauty be??? […] And this difference I only noticed when my mum arrived with a black doll. You can say that at that moment I was very shocked: ‘What do you mean???’ ‘Who told her that I wanted to be different?’ ‘And who told her that I wanted a BLACK doll??’ Not to say, curly hair. That doll called Luana was for me the last straw. How different would I be from my friends who had Xuxa? No one knew who Luana was! I didn’t know and didn’t care. This understanding of what it is to be the same and what it is to be different I only came to acquire over the years. (Quênia Lopes in Nós 2007: 35)

These themes of being the same, yet different, of the multiplicity of sites of the ‘political’ and how young people come to be gradually aware of such issues and engage in action towards social change through a number of different forms and spaces, runs through all of the texts in the book. In Quênia’s case, her process of political awakening came through her encounter with Hip Hop culture:

When I started going to break-dance circles, I saw happy black people, saw aware black people. It was a movement of self-affirmation, and I was very happy to be part of this movement of liberation that was, mainly, freeing my mind. (Nós 2007: 36)

Coming from diverse fields of action one of the many points in common between the trajectories gathered in this book is the sensitive way in which the authors describe their day-to-day revolutions, as glimpsed above. These generate a transformative process at all levels of being, whether in the recognition or identification with one’s ethnicity, sexuality and/or with one’s community. These processes of change are united by the desire to take responsibility and embark on a struggle for equal rights, recognition and freedom of expression; for the transformation of that which is around us.

Both the research team and the research participants believe that this collaborative experiment was on the whole successful. For us in the research team the experience was also unsettling. For through this encounter we came to reflect upon our own practices as researchers and the limitations of the conventional university as a site of social transformation.

For many of the young people we encountered the question of social transformation is not restricted to the traditional political spaces and institutions, also being present in sites of struggle against power in its more diffuse nature. This kind of power is present in a culture of machismo, of homophobia, racism, elitism, and in the ways of thinking and feeling that they perpetuate. The reflections narrated in the book show how these oppressive cultures are present in the day to day, and how it is possible to confront them and effect change. At the same time we could see that traditional forms of struggle are still present and have great importance amongst young people. For example young people are active participants in legislative assemblies, unions, political parties (both conservative and progressive), in student movements, amongst others. “Traditional” and “innovative” forms of political engagement coexist in the public sphere. How the thriving and innovative experiments in public action young people are involved in come to affect their own life-journeys and effect deeper structural change in the country’s traditional political system and culture is an open question worthy of exploration.

[i]Other members of the team included Marcelo Princeswal and Roberta Abreu. This research was funded by the UK Economic and Social Re- search Council’s Non-Governmental and Public Action Programme, which is a multi-disciplinary international research programme designed to investigate the variety of ways through which people in different countries organize together to bring about social change.

About the Author
Udi Mandel Butler is a Research Associate at the Institute of Social and Cultural Anthropology, University of Oxford and an International Research Fellow at International Centre for Research and Policy on Childhood, Rio de Janeiro. Recently his research looked at young people’s perceptions of and engagement in public action in Brazil. His most recent project Enlivened Learning, alongside an international team, is seeking out other imaginings and practices of higher education around the world who are more purposively and creatively engaged in processes of community, environmental and personal transformation. 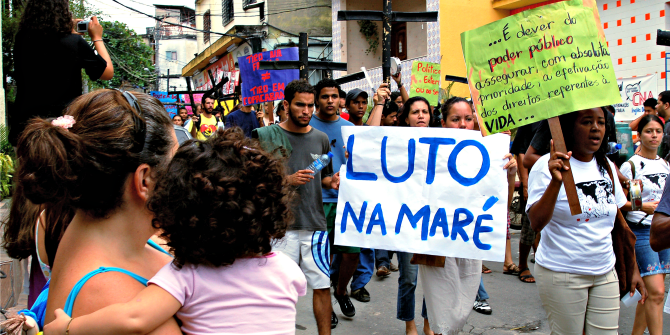 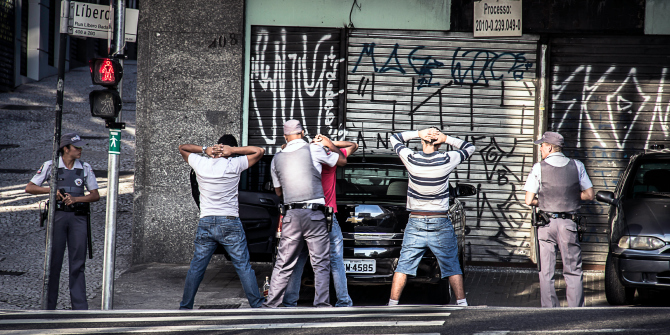 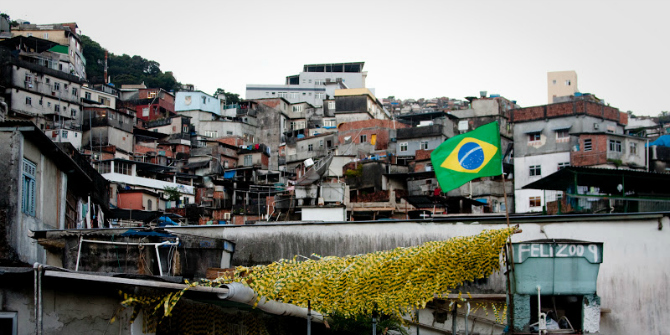 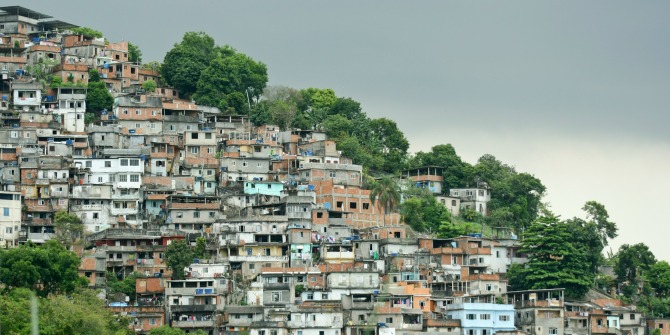