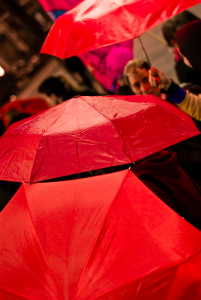 On April 6th, the French parliament voted to criminalise clients of prostitution [1]. Following in the footsteps of countries such as Sweden, Norway, Iceland, and Canada, France is the fifth country in the world to introduce a demand-side ban on prostitution. This highly contentious bill has been the subject of fraught political and parliamentary debates for over three years. In particular, sex workers rights activists and community health groups have voiced strong fears that criminalising clients would further stigmatise and endanger individuals in prostitution by forcing them to operate out of sight of the police and health services. The bill’s adoption marks the final step in a long process aimed at converting France’s contemporary prostitution policy framework from one that tacitly discouraged prostitution to one that strongly rejects the possibility of purchasing sexual services and symbolically denounces prostitution as a form of violence.

Historically, French policymakers have recognised three models of prostitution policy. Prohibitionism refers to models where all individuals involved in commercial sex – prostitutes, clients, and pimps – are criminalised. Regulationism broadly refers to frameworks where the state is involved in organising prostitution. Finally, abolitionism seeks the abolition of state regulation of prostitution. This model seeks to punish public soliciting, and those who profit from, exploit, or encourage the prostitution of another. Without directly criminalising the sale of sexual services between consenting adults, abolitionists consider women in prostitution to be victims rather than criminals.

Until the end of the Second World War, France regulated prostitution by means of licensed brothels, forced medical examinations, and the police regulation of women perceived to be involved in prostitution. The country’s regulationist framework was so notorious and well-developed that regulationism was often referred to as the système français – the “French” system. However, after WWII, partly in a bid to erase the memory of German occupiers’ involvement in managing and frequenting brothels, France moved towards an abolitionist regime. Brothels were closed in 1946, and the transition was completed in 1960 when the country ratified the 1949 United Nations Convention for the Suppression of the Traffic in persons and of the Exploitation of the Prostitution of Others.

Since then, France has operated a two-pillar prostitution policy framework. The first pillar concerns the criminalisation of the exploitation of the prostitution of others. This includes brothel keeping, pimping, and profiting in any way from another person’s involvement in prostitution. The second pillar concerns the provision of social support to individuals involved in prostitution, with a view to encourage exit and societal reintegration. Together, these pillars formed a policy regime that did not directly outlaw prostitution between consenting adults, yet making any legal forms very difficult. Moreover, the two pillars were inconsistently and often ineffectively applied. For instance, the first pillar was not only used to punish pimps, but sometimes also to threaten the children or partners of individuals in prostitution assumed to be ‘profiting’ from earnings made through commercial sex. Furthermore, the provision of social support to individuals in prostitution has suffered from chronic under-funding, with the state relying extensively on the voluntary sector to fill the gap. 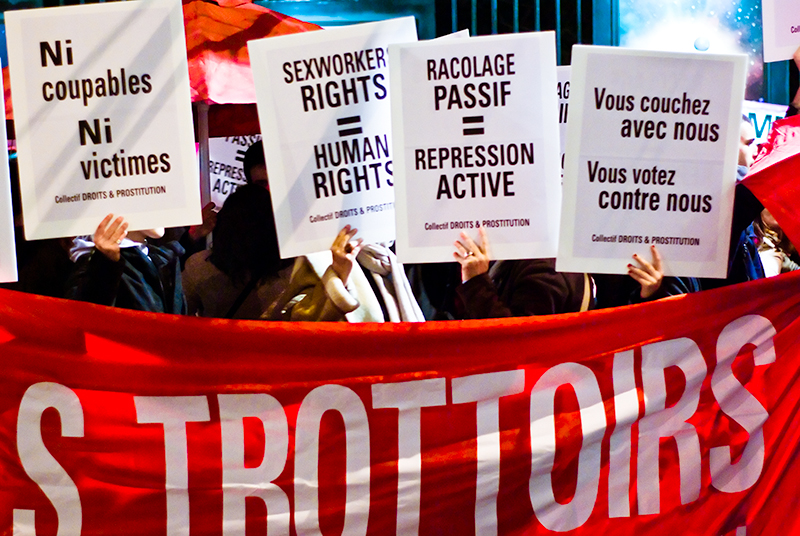 The French abolitionist regime is therefore characterised by a patchy implementation of its key policies. Firstly, individuals in prostitution and their families were often the target of police harassment putatively aimed at curtailing the exploitation of prostitution. Secondly, social and health services were under-funded, disparately implemented, and often contingent on service users promising to exit prostitution. Sex workers’ rights activists have periodically protested what they perceived to be coercive and punitive laws that force them to operate underground and limit their rights to a private life, but to little avail. [2]

Since its inception, policy evaluations of France’s abolitionist regime have therefore systematically found it to be ineffective, unfit for purpose, and in need of reform: it has neither eradicated pimping nor provided consistent and effective social support to those it considers the ‘victims’ of prostitution.  Yet, because of the dominance of abolitionism as a policy model, any discussion of possible regulation or decriminalisation has been sidelined. Consequently, only small changes to policy have been made, but the framework, as a whole, has been maintained. The most notable policy change arose in 2003, when the right-wing Government passed a new law criminalising passive soliciting – that is to say adopting a “passive demeanor intended to incite debauchery”. This was intended to cleanse the street of the increasing presence of women overwhelmingly assumed to be illegal migrants involved in prostitution, whom residents associated with a sense of insecurity.

By 2010, there was a broad political consensus that this measure had not achieved its intended aims and, worse, may have contributed to endangering the health and safety of individuals in prostitution and victims of trafficking by forcing them to operate underground, out of sight from the police and social services. This discontent, coupled with historical dissatisfaction over the lack of appropriate and effective social support for individuals in prostitution finally opened a window of opportunity for reforming France’s abolitionist regime. The result was the tabling of a bill intended to ‘reinforce the fight against the system of prostitution’ in April 2013.

The bill’s flagship proposal was to make clients of prostitution liable to a €3750 fine for purchasing sexual services. Nevertheless, the bill also contained other measures including the repeal of passive soliciting as an offence, granting residency rights to foreign victims of trafficking, and strengthening of social and health support to individuals involved in prostitution. Client criminalisation and the repeal of passive soliciting proved to be the proposal’s most contentious issues. Certain Socialist and Green MPs opposed the former out of concern it would further endanger and stigmatise individuals involved in prostitution. Conversely, the largest party in opposition, right-wing UMP, overwhelmingly opposed the latter out of fear it would lead to an exponential growth of street-based prostitution.

As a result, the bill took over three years to be adopted. Its proponents welcomed it as the long-awaited transformation of French abolitionism from a toothless and inconsistent regime that often harmed the very people it purported to support, into a coherent framework promoting feminist conceptions of prostitution as inherently violent and providing all the policy tools necessary for helping ‘victims’. Thus, by passing this bill, France has completed a process of policy conversion that has been over fifty years in the making. [3] The new law marks the conversion of the country’s prostitution policy regime from one that aimed to abolish the regulation of prostitution, to one that explicitly intends to abolish prostitution itself.

This ‘neo-abolitionism’ first emerged in Sweden in 1998, and has since been taken up by Norway (2008), Iceland (2009), and Canada (2014). Other countries, among which Ireland, Israel, and the UK, have expressed strong interest in adopting a similar approach. As seen in France, neo-abolitionism is often associated with strong conceptualisation of prostitution as a form of violence against women and/or incompatible with human dignity. The increasing diffusion of this model, and the norms and beliefs that underpin it, suggests the emergence of an international neo-abolitionist policy regime: growing international consensus on the best way to address an issue, reinforced by the adoption of corresponding laws, in order to coordinate action and promote common goals.

While this neo-abolitionism is strongly opposed by many, especially those who wish to see putatively voluntary sexual labour decriminalised and destigmatised, its growing popularity in the Western world suggests the ascendency of new international norms concerning prostitution. The aim, in time, is to convince citizens, at home and abroad, that prostitution is unacceptable, and to limit the geographic areas in which it is tolerated or regulated. France’s journey to neo-abolitionism is therefore not just historically illustrative of the long time it can take to reform ineffective policy regimes, but also relevant for understanding how and why a growing number of countries are opting to consider this new approach to prostitution.

[1] Language concerning commercial sex is particularly contested. Common terminologies include terms such as ‘sex work’ and ‘sex worker’, which are contrasted with ‘prostitutes’ and ‘prostitution’. This post concerns French law and policy as it relates to this particular type of commercial sex. Because France does not recognise the existence of ‘sex work’, policy on this subject is refered to as ‘prostitution policy’. For analytical purposes, this post shall use this term to refer to issues of policy and law. Moreover, it shall use the term ‘indivual in prostitution’ to refer to those who are the subjects of these policies, laws, and political debates, and the term ‘sex workers rights activists’ to refer to individuals seeking to see voluntary sex work decriminalised or recognised as a form of labour.

[2] This is the case in 1975, when women involved in prostitution took over a church in Lyon to protest police harassment and unfair taxes. While this protest captured political and public attention, it did not succeed in changing France’s prostitution policy framework. 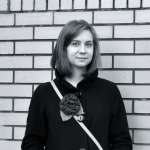 Emily St.Denny is a PhD student in French and politics at Nottingham Trent University, where she studies contemporary French prostitution policy. She also works as a research fellow for the Center on Constitutional Change based at the University of Edinburgh. Her research interests are broad and include the politics of prostitution/sex work, French history, gender-based violence in conflict, and public policy theory.

Bad Behavior has blocked 519 access attempts in the last 7 days.