Recovering from Nepal’s earthquake: It’s not only the ‘what’, but also the ‘how’ that matters

Recovering from Nepal’s earthquake: It’s not only the ‘what’, but also the ‘how’ that matters

One year ago, Nepal was devastated by a major earthquake that took over 8,700 lives and caused widespread destruction to 14 of the country’s 75 districts. One major and countless smaller aftershocks added to the carnage, casualties and immense trauma that people experienced. While on this day we want to honour and remember the lives that were lost, it is also a time to reflect on how to support those that are still picking up the pieces of their former homes, communities and livelihoods.

In the last year, over US$4 billion was pledged to the government for reconstruction, in addition to an immense civil society response from within Nepal and from outside. The tremendous efforts of countless individuals, volunteer collectives and civil society organisations sought to support the survivors wherever possible.

Unfortunately, both the emergency and the recovery phase have been hampered by institutional delays as well as an economic blockade enforced as a political protest to the new constitution. This has caused severe commodity shortages, including of fuel and reconstruction materials, leading to black marketeering and inflation. As a result, too many people are still left without safe, permanent shelter and access to schools, sustainable livelihoods, and adequate healthcare.

In January 2016, 61% of the 1,400 respondents to the Common Feedback Survey across the worst affected districts felt their main needs had not been met. There are also concerns about the slow pace and cost-driven decision-making around the reconstruction of Nepal’s rich architectural heritage, which plays a significant role in attracting tourists – vital to the country’s economy.

The earthquakes occurred in a country marked by a high degree of social inequalities and persistent poverty and exclusion, in which certain groups of people face deeply entrenched structural inequalities that were exacerbated by the disaster. For example, there are gender inequalities, which generally tend to favour men over women. But different women and different men were affected differently – both by the earthquake and the recovery – based on other factors that interact with gender, including age, caste and ethnicity, disability, location (urban or rural), and marital status.

Widows and women from marginalised groups faced particular discrimination, whereas other women from more privileged backgrounds had better access to resources. Some men, who had gone abroad as labour migrants in order to help their families escape poverty, returned due to family expectations, leaving them further in debt with their employers. Third gender individuals and communities were often overlooked, in spite of official recognition. 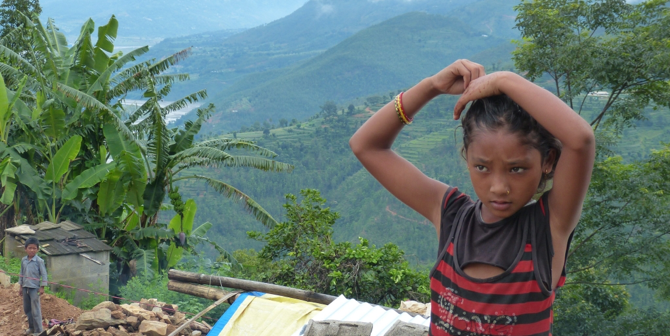 Gender and the ‘how’ of recovery

International Alert undertook research into how these identity factors shaped the earthquake response – in a country still bearing the scars of a decade of civil war. Our research in Kathmandu and Sindhupalchowk, the district that suffered the most casualties in the earthquakes, identified four key findings:

Interventions need to recognise and address the complex layers of vulnerability and exclusion, taking into account gender hierarchies, the socio-economic exclusion of ethnic, gender minorities, those in casual labour, and widows. For instance, a young man who migrated to Kathmandu to work as a casual labourer whose place of work and rented accommodation was destroyed, faces different challenges, and has different support needs to an elderly Tamang widow owning a shop in rural Sindhupalchowk. One way of addressing this is to integrate gender, and conflict sensitivity into rapid needs assessments, working with local actors with nuanced contextual knowledge.

Interventions need to understand the specific local gendered norms, how these intersect with conflict dynamics and what this means for relief, and recovery. For example, this means recognising the consequences of relief programming based on male lists of households, which can exclude widows or female headed households, or the results of the social expectations placed on men as protectors and providers to return from employment abroad to look after their family in times of crises.

3. Bridge the gap between national and local planning

While gender and social inclusion strategies are central to policy and capital planning, they need to be translated into meaningful impact on the ground. For example, they should be integrated into implementing agencies’ plans and operations at the district level, and verified by monitoring and participatory feedback loops that involve potentially marginalised groups, such as social audits.

4. Pay attention to the risks of instability and conflict at the national level

Interventions should address both local and national conflict risks, for example by building stronger trust, and accountability between all citizens (men, women and third genders), and the state. For example, the national-level deterioration in stability prompted by the constitutional and subsequent fuel crises in Nepal between September 2015 and February 2016 not only saw 57 killed, but severely hampered recovery programming, and adversely affected much of the population and the economy.

What does this mean for moving forward?

Now that the National Reconstruction Authority is up and running, the recovery process can pick up pace and reach those that need support. To ensure this process is fair, it needs to recognise the important gender and social inclusion aspects of Nepal’s society, and economy, and address them in all programming. This means working to overcome structural exclusion of caste and gender hierarchies by proactively including marginalised persons, and facilitating their meaningful participation, and ownership.

You can read Alert’s findings and recommendations in full in Building back better or restoring inequalities?

This post first appeared on the International Alert blog on 25 April 2016, and is reposted here with permission. 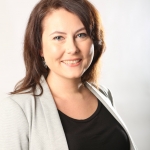 Jana Naujoks is a Senior Programme Officer at International Alert. She holds an undergraduate degree in Peace and Development Studies from Bradford University and an MA in Gender, Culture and Development Studies from Sunderland University. She has been working in International Alert’s Peacebuilding Issues Programme for 8 years. Her current role involves research, advocacy, capacity building and programme design. Her research interests include gender and conflict as they relate to natural resource management (particularly extractive industries), ex-combatants and security sector reform, masculinities and peacebuilding, preventing sexual and gender based violence, and conflict sensitivity in humanitarian setting.

Bad Behavior has blocked 432 access attempts in the last 7 days.