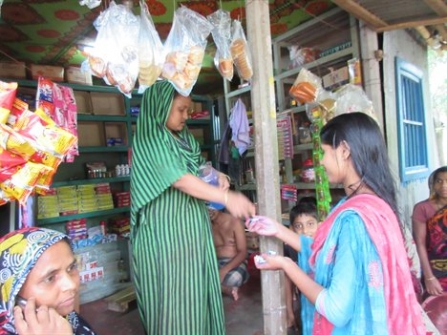 Philanthropists Bill and Melinda Gates cited “time poverty” as a top priority in their 2016 Annual Letter, referring to the unpaid work that disproportionately falls on women and shining a spotlight on one of the most vexing challenges economists and statisticians face: how to accurately measure women’s work.

New choruses demanding a data revolution to gauge progress toward the Sustainable Development Goals better than their predecessors, the Millennium Development Goals, are welcome—and indeed some challenges on the data front are new. Others, however, are very, very old. Accurate measurement of women’s work and contribution to productivity remains one of the latter.

Policymakers operate with a truncated view of the economy—with little idea of how growth impacts, or is affected by, women’s work. For the most part they fail to incorporate this work into their labour market policies.

Here we highlight some aspects of the problem with examples from South Asia, which continues to report some of the lowest female labour force participation rates (FLFPRs) in the world. Within South Asia, according to World Development Indicators, India has one of the lowest rates (30 percent), despite having the highest rates of growth. Bangladesh is intermediate (60 at percent) while Nepal tops the chart (83 percent).

India’s low FLFPRs have been a longstanding puzzle, but controversy erupted anew when analysis of the government’s National Sample Survey (NSS) showed a further decline in FLFPRs from 45 percent to 35 percent between 2004/05 and 2009/10, compared to a decline in male rates from 87 percent to 84 percent. (The decline has continued according to most recent survey). 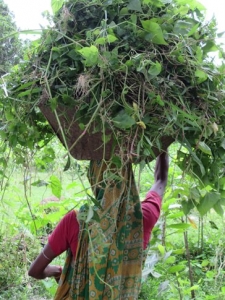 That this decline is concentrated among poor rural women, those most in need of job opportunities, makes it all the more puzzling. Many explanations have been put forward but feminist economists (such as Hirway 2011) suggest the way NSS defines “economic activity” may be partly at fault.

The NSS excludes certain categories of the population from its definition of the labour force on the basis of what they report their routine and principal activity to be. These include students, pensioners, rentiers, remittance recipients, young children, and those too disabled or sick to work.

Also excluded are two further categories: those who undertake only domestic duties (“code 92”), and those who undertake domestic duties but also engage in free collection of goods, such as vegetables, firewood, or fodder, or in sewing, tailoring, weaving, and so on (“code 93”). The key point here is that those classified under code 93 are engaged in unpaid activity that the UN System of National Accounts would classify as “economic.” And they define international convention in this field. The NSS excludes “code 93” citizens on grounds that these activities are “negligible.”

Interestingly, however, the NSS addressed a number of follow-up questions to those coded as 92 and 93 to find out whether they engaged in specific activities that contributed to household consumption, including agricultural activities, processing of primary products, making baskets, or fetching water. These too would be defined as economic activity according to international convention but they don’t feed into estimates of the labour force on grounds that they are too negligible or do not count as economic.

Yet a government time-use survey carried out in 1998-1999 found that 7 percent of men and 24 percent of women engaged in the collection of free goods while both spent considerable amounts time on these tasks each week. As Hirway suggests, it is very likely that a substantial percentage of the women who went missing from the labour force between 2005 and 2010 had resorted to unpaid and unrecognized activities of various kinds in response to the failure of growth to generate broad based employment.

The situation in Bangladesh

The failure to capture women’s labour force participation takes a different form in Bangladesh. Here national statistics suggest a gradual but steady rise in FLFPRs since the 1970s, reaching 36 percent, according to the National Labour Force Survey 2010. These surveys, undertaken by the Bangladesh Bureau of Statistics (BBS), uses the ILO’s extended definition of economic activity. Thus, unlike India, it includes both unpaid, consumption-oriented activity as well as market-oriented productive activities of various kinds in its estimates of labour force activity.

However, using this same definition, a survey of 5198 women across 8 districts of Bangladesh carried out in 2008 by the BRAC Institute of Governance and Development (BIGD) reported much higher FLFPRs for each study district compared with the equivalent district-level rates reported by the 2005-2006 Labour Force Survey (Mahmud and Tasneem 2011).

Using both narrow and extended definitions of economic activity, the BIGD study was able to establish that the main reason for this discrepancy lay in the failure of the BBS survey to capture home-based economic activity. As in India, this was leading to considerable underestimation of FLFPRs but unlike in India, a great deal of what was not being counted was women’s income-generating activity within the home, the single largest source of employment for women, rather than their unpaid consumption-oriented work. And the single most important reason was the spread of microfinance on a scale not found in India. Most of these women belonged to microfinance organizations, most had taken loans and most were engaged in rearing livestock and poultry, a key use of microfinance loans.

The difficulties of distinguishing between women in income-earning, market-oriented activity within the home and those in unpaid, consumption-oriented activity who were alsoengaged in rearing poultry and livestock may explain the baffling fluctuations in women’s unpaid activity recorded by successive labour force surveys.

Definitions clearly matter in determining which aspects of work are counted in the labour force but our examples also point to the human and organizational dimensions of the challenge.

Indian scholars suggest the quality of NSS data has declined because so many enumerators are now hired on contract and lack experience and training. In Bangladesh, the problem of underestimation appeared to reflect the tendency on the part of BBS officials to adapt their understanding of the ILO definition of work to “local reality,” thereby perpetuating past biases.

In addition, BBS enumerators gathered their information from the household head—usually a male—rather than from women themselves, as was the case in the BIGD survey. Getting better information on women’s work is clearly like to require the investment of resources but it would also benefit from improved practice.

Among new and expanded partnerships, the World Bank Group is working with theInternational Labour Organization and Food and Agriculture Organization to operationalize new international definitions of work and employment that recognize all productive activities, paid and unpaid — which has major implications for how women’s work is measured. The result will inform guidance to statisticians and survey designers with the aim of more accurately measuring women’s labor. This will complement the Bank’s work with the UN Evidence and Data for Gender Equality (EDGE) Initiative to gather data on women’s asset ownership and entrepreneurship.

This post first appeared on the World Bank’s ‘Let’s talk development’ – blog on 17 May 2016, and is reposted here with permission. A revised version is available on the blog of the International Association of Feminist Economists. 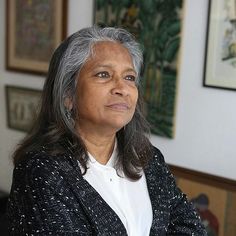 Naila Kabeer is joint professor of gender and development in the Gender Institute and the Department for International Development.   She has done extensive research, teaching and advisory work in the interrelated fields of gender, poverty, social exclusion, labour markets and livelihoods.  Her recent books include ‘Gender and Social Protection in the Informal Economy’ (Commonwealth Secretariart/Routledge) and ‘Organizing women in the informal economy: beyond the weapons of the weak’ (Zed Press).