Why repealing the tampon tax is not enough

Why repealing the tampon tax is not enough 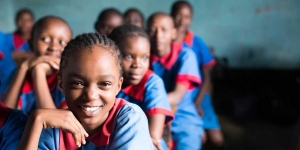 Many women in poverty still can’t buy pads or tampon

In the last couple of years, countries from Canada to the UK have made headlines for abolishing the tampon tax. But for many low-income women – whether in Western metropolises or sub-Saharan Africa – savings of several cents do not tackle the real problem: these products can be unaffordable altogether.

Almost two-thirds of Kenyan women and girls cannot afford sanitary pads, and instead have to use homemade alternatives, from cloth to grass and feathers. These can be unhygienic and lead to serious infections. Desperate need for sanitary products has also forced some women and girls have to sex in exchange for them – a recent report said that two-thirds of women who use pads in Kenya get them through their sexual partners. In sub-Saharan Africa more generally, approximately one in 10 girls also misses school because of their period.

And the problem is not restricted to the developing world. Food banks from New York to Newcastle (as dramatised in Ken Loach’s I Daniel Blake) have long been desperate for supplies for their cities’ poorest women. For one in 10 British people, the cost of sanitary products almost equates to their entire discretionary income after bills and necessities are paid. Earlier this year, two Leeds teenagers told the BBC how their inability to afford sanitary protection had made them miss school. One of the girls said: “I wrapped a sock around my underwear just to stop the bleeding, because I didn’t want to get shouted at…”

Women in New York spend around $10 a month on sanitary products, while in the UK the figure is approximately $17 each month. While this may not sound like a lot, for many – including but not limited to the hundreds of thousands of homeless women in these places – such extra expenditure can be crippling. One study has shown that approximately one in 10 Brits has only $13 or less left to spend or save each month after covering all bills and necessities, and a quarter have less than $65 a month.

The issue of ‘period poverty’ is slowly reaching the mainstream as a recognised policy challenge. In 2016, New York passed a set of menstrual laws that made it the first US city to guarantee provision of feminine hygiene products in homeless shelters, prisons, and public schools. After initial installations of dispensers, the laws will cost the city no more than two million dollars per year. (For context, the city has a $70 billion yearly budget).

Last month, US Senators Cory Booker, Elizabeth Warren, Kamala Harris, and Dick Durbin also put forward new legislation on the needs of incarcerated women, which included provisions on access to sanitary protection. “That has given the issue a whole new platform, to have such high-profile federal leaders getting behind it,” said Jennifer Weiss-Wolf, Vice President of NYU Law School’s Brennan Center for policy.

Additionally, the Scottish Government has recently announced a new pilot to provide low-income women and girls in Aberdeen with free sanitary products. The initiative is small; it will only cost $55,000 allowing it to reach at around 1,000 women over a six-month stretch.

And since 2016, four US states (New York, Illinois, Connecticut and Florida) and two cities (Chicago and Washington) have passed legislation exempting pads and tampons from sales taxes. Canada has also abolished its tampon tax, and last summer, under pressure from a petition signed by more than 300,000 people, David Cameron convinced the EU to allow members to eliminate VAT on these products by 2018.

Yet, it is really Kenya that has long been the global pioneer on these issues. “Kenya has definitely been at the forefront of menstrual health management policy initiatives. They abolished tampon tax over a decade ago – it was the female parliamentary leaders that really pushed that forwards,” said Alison Nakamura Netter of ZanaAfrica, a leading menstrual health foundation.

As of 2011, funds in the national education budget have been set aside for providing feminine hygiene products to underprivileged girls, with $5 million budgeted for 2017-2018. And this year the government went one step further. “Uhuru Kenyatta has just passed this new law to provide free sanitary pads to all school girls, which is fantastic,” said Nakamura Netter. Kenya’s Education Act now requires that free, sufficient, and good quality sanitary towels, as well as appropriate disposal mechanisms, be provided for every registered schoolgirl.

Results are yet to be seen; schools are in charge of using the extra financing to purchase and distribute towels, and they will be responsible for making sure every girl is provided for. “We need a better understanding of what the budget looks like and whether this will actually meet the needs of all the girls,” Nakamura Netter said. Furthermore, in the past, money set aside for pad provision in Kenya has been lost through corruption, and suppliers have provided cheaper quality products than promised.

Despite these concerns, for real innovation on this issue it is Kenya and not Canada that policy-makers should be looking to. Abolishing the tampon tax has been an important step in breaking taboos around periods and highlighting their financial burden, but for many low-income women it does not go nearly far enough.

This piece first appeared on apolitical.co on August 15, 2017 and is reposted here with permission.

1.     Life Cycle: Why Periods are a Global Health Issue

7.     How Scotland is putting a stop to period poverty

9.     How New York Is Easing Access to Menstrual Hygiene Products

11.  Kenya’s schoolgirls to get free sanitary pads from government

Odette Chalaby is a writer and researcher on gender issues, with a particular focus on government and policy related topics. She heads the women’s equality division at apolitical.co, an online platform for sharing ideas and stories about global government policy and a social network for people working in or with the public sector. She has an MA in Middle East politics from SOAS, University of London and a BA in Politics, Philosophy and Economics from Oxford. She tweets at @odettechalaby.