In the summer of 2017, Canada launched its Feminist International Assistance Policy (CFIAP). A welcome addition on the global stage to Sweden’s feminist foreign policy—released in 2014—it is aimed primarily at gender equality and the empowerment of women and girls. The policy sets out other action areas as follows: human dignity, growth that works for everyone, environment and climate action, inclusive governance, and peace and security. 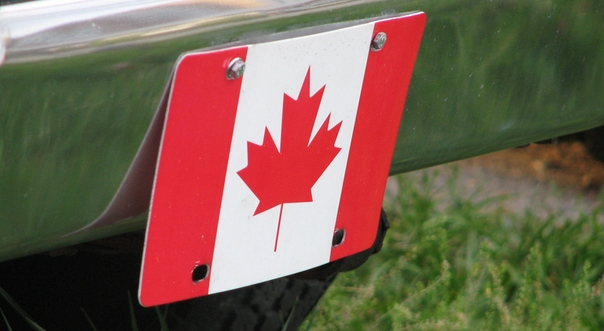 Curiously, while referring to ‘gender equality’, the CFIAP does not provide the definition of ‘gender’. As the term is contestable, the policy observers are left to wonder: who does the CFIAP serve? Is ‘gender’ simply synonymous with women and girls?

Canada is committed to . . . a truly feminist approach that supports the economic, political and social empowerment of women and girls, and makes gender equality a priority, for the benefit of all people.

This post, however, criticises Canada’s feminist perspective. It contends that despite employing a socially produced category of ‘gender’, the CFIAP lumps it with presumably heterosexual women. As illustrated by issues pertaining to the area of peace and security, the policy consequently neglects other sexual and gender identities, namely lesbian, gay, bisexual, transgender and intersex (LGBTI) persons and underprivileged men. The problem is further compounded by the use of the improved female status as an extension to security of political units, rather than treating it as an end in itself.

Since the CFIAP refers only to two sexes, male and female, it appears to rely on the sex binary rather than a social construction of gender. Yet simultaneously, the CFIAP is presented as inclusive of all:

Women and girls are not the only groups that face discrimination and inequality. Others face social and economic marginalisation, including on the basis of their sex . . . sexual orientation, gender identity . . . By empowering women and girls as a means to achieve gender equality, we send the clear message that equality is for everyone.

While misleadingly appealing to a vague entity—‘everyone’—in reality, the policy fails LGBTI people. It remains silent on their specific vulnerabilities. According to the 2017 Human Rights Council’s report, same-sex relationships are criminalised in more than seventy countries. Owing to their non-conformity to the normative gender order, LGBTI persons face killings, torture, sexual violence, and sociocultural exclusion. When fleeing persecution and in humanitarian settings, they may be continuously abused in the host country. Their access to food, shelter and medical care might be impinged.

By using women’s rights as a short cut to gender equality, the CFIAP provides a simplified approach to the rights and needs of multiple genders. As it also overlooks differences within the category of women—for instance, between heterosexual and lesbian women—the CFIAP is ultimately of limited coherence in a feminist sense.

The CFIAP attempts to engage men and boys, stipulating that

Because social norms and gender stereotypes also limit men and boys in their societal and family roles, it is important that men and boys be engaged in the fight for greater gender equality. . . and be encouraged to lead by example in respecting and promoting the interests of women and girls.

Alas, as the CFIAP does not grasp the root cause of the gender inequity—power disparities—it fails to recognise a full dynamic of gender relationships. It does not acknowledge a range of masculinities, some of which, for instance those associated with the disabled or emotional, tend to receive a subordinate status. The latter are devalorised against a cultural ideal of manhood emphasising physical strength, rationality and autonomy.

Gender asymmetries undeniably confine men’s roles. But they can go much further, for example, by informing sexual violence against men. It may be carried out to emasculate, prevent men from procreating, or cast aspersions of homosexuality. In societies where men embody strength and the protection of a family and community, abuse of men have repercussions at the individual and collective level.

The CFIAP’s concern with women and girls is well grounded. Compared to their male counterparts, women and girls continue to suffer systemic disadvantages to a far greater extent. There is a necessity to attend to their specific needs, and provide equitable access to resources, influence, and participation in the public sphere. Open to criticism, however, is the depiction of men exclusively as responsible agents for gender equality. Those at the bottom of gender hierarchy, unfortunately, also require public and non-governmental intervention—the very same the CFIAP aims for women and girls.

Women’s empowerment as an instrument of security

Further, the CFIAP’s commitment to the rights of women and girls could be questioned over its underlying motivations. The policy stipulates that it:

seeks to reduce extreme poverty and build a more peaceful, inclusive and prosperous world. The policy recognises that promoting gender equality and empowering women and girls is the most effective approach to achieving this goal.

Whilst Canada endeavours to support women and girls’ security through their better representation in conflict prevention and peace building processes, the promotion of sexual and reproductive rights, and an improved response to sexual abuses in conflict zones, it simultaneously uses female empowerment for a greater political good. It provides evidence to show that female presence increases the likelihood of a peace agreement lasting at least 15 years by 35 per cent. States’ peacefulness is linked to the physical security of women.

Albeit this powerful evocation of women’s agency challenges the ‘victimhood’ narrative permeating international security discourse, it is strategically fostered to benefit larger political units. To borrow H. L. Muehlenhoff’s insight—derived from the analysis of the EU foreign policy—the CFIAP is underpinned by neoliberal calculations. The eradication of political, educational, environmental, and healthcare barriers enables women and girls to reveal their potential and contribute to stability at the national and international levels. Women are exploited as a ‘resource for more security’. Advancement of their rights merits a self-contained agenda; yet women appear as a means in facilitating peace and security.

It is also worrisome that by focusing on a measurable women and girls’ impact, the policy may further undermine LGBTI persons. Their diversity and ambiguous numbers defy pragmatic pursuits. But a sustainable peace and security policy must include the marginalised. Even more so if it is feminist.

In many respects, the CFIAP deserves praise. Albeit the appeal to women’s rights tends to coincide with security interests, its scope of female-specific concerns is extensive. But due to the underlying assumption of a sexual binary, it lacks transformative potential. The appropriate employment of gender lens would have revealed diverse gender identities, their differing levels of power, and how the latter translate into multifaceted vulnerabilities. Fixation with women’s rights cannot be a magic bullet neither for a true gender equality nor international security. In fact, the protection and empowerment of women will require an appreciation of the complexity of gender hierarchies. 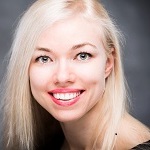 Bad Behavior has blocked 486 access attempts in the last 7 days.