Good intentions do not justify the bad deeds. Oxfam is an international confederation working on poverty alleviation in 90 countries across the globe. The organization is known for its efforts in raising gender inequality issues, and taking pride in claiming of putting women in the heart of what they do. Sexual harassment and abuse as a gendered form of violence when the privileged individual or powerful institutions commit against those who have less social and economic advantage is supposed to be the cornerstone of Oxfam’s mission. Therefore, it is shocking to see Oxfam perpetuating patriarchy and gendered power relations while they take pride in combatting them.

Recently the international media outlets burst with news about Oxfam Scandal.  Some employees in Oxfam- Haiti office were accused of sexual misconduct including the country director who had admitted using prostitutes at his residence in Haiti before resigning in 2011. In another word, they were accused of survival sex, this term refers to sex being traded for humanitarian assistance which is already owed to the crisis- affected people.

Oxfam is not the only humanitarian organization that is wallowing in such scandals, but UN peacekeeping operations have been plagued with sexual misconduct and survival sex with women and children that they were supposed to protect. Media reports in 2004 highlighted UN Peacekeepers sexual abuse and exploitation allegations of orphan children in  Democratic Republic of Congo (DRC) in exchange for two eggs. In another scandal in 1993 about the involvement of UN peacekeepers in sex trafficking in Bosnia and Kosovo which relied on women sold into forced prostitution. And the most recent UN Peacekeepers’ scandal occurred in 2015 when allegations were raised against UN Peacekeepers of sexual abuse against children in Central African Republic (CAR). And not to forget the most recent event of sexual exploitation of Syrian women by local men who served as a third party for delivering aid especially in the dangerous areas in Syria. As the list of survival sex committed by humanitarian workers is growing longer, there is no information on the fate of the culprits, or what penalty measure have been taken against them.

All this sexual abuse and exploitation committed by the humanitarian workers against their females beneficiaries show that it is all about power. The power of patriarchy in thoughts in terms of women’s subordination and picturing them as only sexual objects. In addition, it shows the power of humanitarian agencies that usually operate in war torn and poor countries where the rule of law is absent or in some cases relatively weak.

There are growing researches hypothesis that there is a correlation between patriarchy and sexual violence. In other words the more patriarchal societies witness increase of sexual violence compared to the more gender-equal societies. Survival sex is a form of sexual violence against vulnerable and women in particular. The growing number of survival sex or sexual misconduct by humanitarian workers is an indicator that the humanitarian organizations are holding patriarchal thoughts as well. Not to forget that the humanitarian workers come from different countries and acquire a range of patriarchal thoughts and attitudes, and working in conflicted or in emergency areas give them the space to exercise their masculinities, and later justify their behavior as they are men made of flesh and blood; they have uncontrollable sexual desires. In a statement by  Mr. van Hauwermeiren, the former Oxfam country director in Haiti in 2004 who was accused of survival sex in Haiti “Myself, indeed, I am not perfect, I am not a saint – a man of flesh and blood, and have made mistakes (not easy to admit), and I am deeply ashamed”.

While there is an universal agreement that women and men are human and make mistakes, but conducting any form of sexual violence is not justifiable and it is much worse when a humanitarian worker who is supposed to help the people in need is using them sexually in return of any sort of aid. The humanitarian organizations have a priority to clean up their inner house from these thoughts of patriarchy and masculinities before targeting the hosting countries with gender equality programmes. 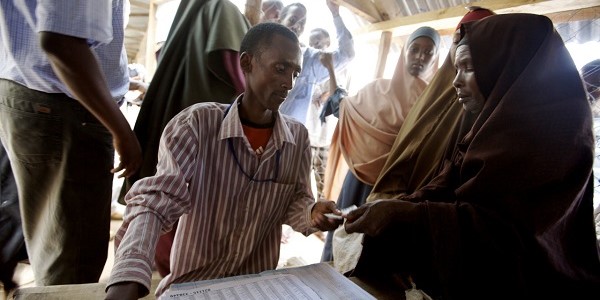 A woman has her ration card checked at the Ifo refugee camp in Dadaab, Kenya, in November 2009
Photo credit: Kate Holt/Africa Practice

In fact Oxfam already has established safeguarding policies for prevention of sexual exploitation and abuse, and has a dedicated team in Oxford working on safeguarding policies. In addition, the UN Secretary- General’s has adopted policies on prevention of sexual exploitation and sexual abuse (PSEA policy), and entered into force on October 2003. Yet, all these policies and written measures do not stop some humanitarian workers from committing sexual misconduct and survival sex against those in need. Simply because there are no tangible actions on the ground to criminalize those culprits. Besides, the media outlets always rush to unleash the humanitarian organizations’ sexual scandals, later they do not reveal on the fate of those culprits to show that there is a real zero tolerance towards survival sex.

It is crucial that these humanitarian organization’s policies and measures to be in line with the national law of the hosting country especially if there are already  provisions on criminalizing sexual abuse and exploitation. Unfortunately, it sounds like idealism as many of war torn and poor countries do not have strict punitive measures against the culprits.

However, there is still a lot that can be done to alleviate this serious issue among humanitarian organizations in such countries. Humanitarian agencies should agree on putting those who are proven guilty of committing survival sex in a black list so they do not get a work opportunity in the humanitarian sector. And to avoid all these hustle, humanitarian agencies should aim to prevent survival sex starting from the recruitment process of new humanitarian workers. The job interviews and written tests must include questions related to Preventing Sexual Exploitation and Abuse- PSEA/ safeguarding to ensure that the candidate has at least the minimum knowledge of zero tolerance policy towards survival sex or sexual misconduct. Also, the interview process should witness to what extent the prospective candidate possess sexist and patriarchal thoughts. 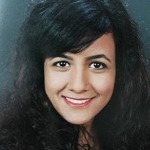 Ghaidaa Motahar worked as gender and social cohesion practitioner in several International humanitarian agencies in Yemen. She campaigned against streets sexual harassment in Yemen from 2011-2013, the campaign called Safe Streets. Currently, she is a PHD candidate in Malaya University, Malaysia, and her research area is on gender and humanitarian aid during conflict. She tweets at @GhaidaaMotahar

Bad Behavior has blocked 1703 access attempts in the last 7 days.