Some advocates for gender equality — think Justin Trudeau, Malala Yousafzai and Julia Gillard, former Australian PM and now Director of the new Global Institute for Women’s Leadership at King’s College — get their fair share of public adulation. But often those working to improve governments policies on gender either directly or indirectly — from researchers to civil servants and philanthropists — make profound change to the lives of men and women in a much more quiet way. With this in mind, this month Apolitical published the Gender Equality Top 100, the inaugural list of the most influential people working in gender policy around the world. It honours and celebrates the women and men making the world a more equitable place. 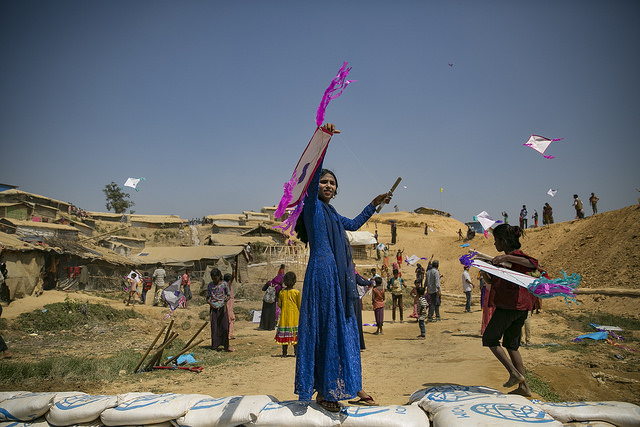 Many on the list come from academia. Within the top 20 are Iris Bohnet (the behavioral scientist who directs Harvard’s Women and Public Policy Program), Sarah Degnan Kambou (the President of the International Center For Research on Women) and Australian academic Marian Baird, whose research at the University of Sydney Business School focuses on women in the workplace. LSE’s Professor of Gender and Development Naila Kabeer is featured in the academia category, alongside sociologists, lawyers and leaders in the women, peace and security field like Christine Chinkin and Melanne Verveer.

The list was built from nominations from dozens of gender experts around the world from a range of organizations. Nominations were then cross-referenced with research from Apolitical’s in-house team of reporters and editors and through further consultations. Important factors included significant pieces of legislation worked on, important speaking appearances, citations and influential articles and social media following. Apolitical is an online platform that publishes articles about global gender policy on the gender equality newsfeed.

While we were hoping that many of those on the list would be pleased, the amazing wave of support for the list came as a real surprise. There have been dozens of press releases and magazine articles from all corners of the world. UN Women and the World Bank issued press releases congratulating the experts included, as did Iceland’s government, Australia’s Workplace Gender Equality Agency, Harvard’s Women in Public Policy Program, the International Center for Research on Women, Promundo and the Wilson Center.

The list was met with huge acclaim on social media. Phumzile Mlambo-Nguka, Executive Director of UN Women, said she was “very happy to have been named in Apolitical’s 100 Most Influential People in Gender Policy 2018 alongside our incredible Regional Goodwill Ambassador for Africa, Jaha Dukureh. We are so grateful for your advocacy!”

Justin Trudeau, prime minister of Canada, said: “An impressive group here that I’m honoured to be named alongside – and to work with every day in our Cabinet and on the G7 Gender Equality Advisory Council. Merci à tous pour votre travail acharné et votre engagement envers l’égalité des sexes.

And the World Bank shared a tweet saying: “Group Senior Director for Gender, Caren Grown, has been recognized by @apoliticalco as one of the world’s 100 Most Influential People Working in Gender Policy. Congratulations to Caren and all of the #GenderPolicyInfluencers!”

The wave of support demonstrates that there is a need for celebration of this kind for those toiling daily, often behind the scenes, to make the world more equal. Its success means it will be repeated on an annual basis, and nominations are already rolling in for next year.

Who do you think should be on the list next year? We’re eager to include as many voices as possible. There will be a formal nomination process nearer the time, but preliminary ideas can be sent already to eve.powell@apolitical.co. 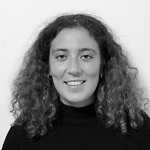 Odette Chalaby is the Assistant Editor at Apolitical, which is an online platform for public servants. Her expertise is in global gender equality policy, and she has written on topics ranging from the UK government’s new program applying behavioral science to gender, to Iceland’s new pay equality law and Jaipur’s all-female police squads. Formerly she worked as a researcher for the non-profits Waging Peace and Asylos, focusing on refugee rights and human rights violations. She is on Twitter @odettechalaby, and Apolitical is on Twitter @apoliticalco

Bad Behavior has blocked 410 access attempts in the last 7 days.