On 9th June 2018, the LGBT Athens Pride took place. The parade was extremely successful this year. An estimated 60,000 people attended, which is in stark contrast to only 500 attendees in 2005 when the first Athens Pride took place. This year, the main slogan of Athens Pride involved the word ‘Present’ (Parousa). This slogan translates as “I am present” in this struggle, in this celebration, in this shared experience, and voice. But ‘present’ was used in the feminine form, as if the person stating ‘present’ was a woman. This was meant to celebrate femininity or femininities and subvert the ways in which hegemonic masculinity has colonised the way we speak and the ways in which using masculine pronouns has been considered neutral, dominant, and inclusive in Greek. 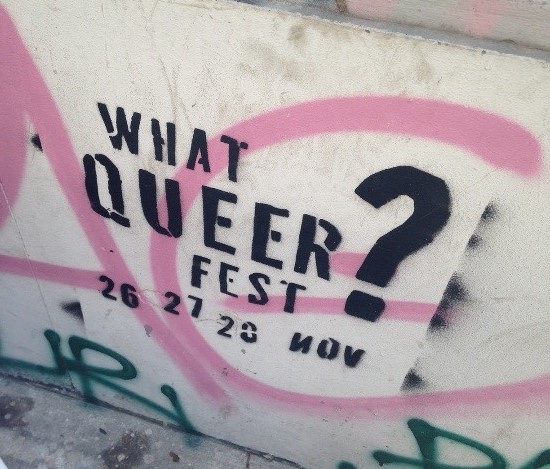 For Greece during a time of austerity, the 2018 Athens Pride took on diplomatic dimensions, as it was highlighted that diplomats from 32 countries attended in addition to the usual revellers. In many ways Pride was understood to be a positive political achievement. Symbolically, it signalled Greece’s capacity to protect minority rights and washed away past failures and human rights violations amidst the so-called ‘refugee crisis’. It also fitted in with a wider progressive narrative: we were told that the summer of 2018 was the ‘jumping out of the frying pan’ moment for Greece, since it was time for Greece to exit the memorandum (bailout) and follow the road to recovery. This is not to be dismissed, considering that since 2007 the Greek state has been through consecutive phases of brutal restructuring after plunging steeply into recession. However, while Athens Pride was celebrated as a success, a second pride was also taking off. This is no other than ‘Straight Pride’.

While one may dismiss Straight Pride as a retro-nostalgic idiosyncrasy, the endeavour of only a handful of people, and even a genuine celebration of straight orientations, I would like us to consider what ‘Straight Pride’ does. Straight Pride was driven by straight people who felt that LGBT Pride erases straight experiences as well as ‘real’ Greek experiences, and effectively used ‘straightness’ as the litmus test of Greek citizenship. This is evident in the main banner at the forefront of the Straight Pride Parade, which read as ‘The Parade of Greeks’ (Ellinon Parelasi).

Firstly, Straight Pride is not a politically neutral endeavour endemic to Greece alone. Gradually since the 1970s instances of both administrative and social discrimination have culminated in Straight Pride campaigns around the world and in recent years reenergised calls around the concept of Straight Pride, such as the call for the inaugural celebration of SPAM (Straight Pride American Month) by the vice mayor of Dixon, California, in July 2018. These are not politically neutral strategies, but rather are the result of the coalescence of conservative forces. In the Greek Straight Pride example, the architect of the operation is the far-right, ‘patriotic movement’, Anakatalipsi (repossession), whose leader was a 2014 candidate with ‘Golden Dawn’, a political party often described as fascist and neo-Nazi. Anakatalipsi’s Facebook page portrays queer identities as a direct attack against traditional national order and, hence, a legitimate target for elimination. This confluence of Straight Pride and far-right politics, while not surprising, should nevertheless concern us.

Secondly, Straight Pride is not weak. Just on Facebook alone at the time of writing this blogpost there were at least 50 Facebook groups dedicated to Straight Pride and its underlying principles. Most of these groups seem to be characterised by a frenzied fixation on the existence (real or imagined) of leftwing queer propaganda that represents an attack on traditional values, an assault on the heterosexual nuclear family – distinctly comprised of ‘born’ women and men, on religion, on property rights, and on laissez-faire markets. In these representations women and men need to ‘be born female or born male’, a statement that erases any processes involved in sexing and gendering bodies. This is connected to a wider contemporary resurgence of right and far-right politics, which has led to a renewed backlash against women’s rights and LGBT rights globally, as is evident in the confirmation of Brett Kavanaugh who seems committed to rolling back Roe v. Wade on abortion rights, the Romanian referendum against same-sex marriage, the unravelling of a rather slow investigation of the violent death of Greek queer activist Zak Kostopoulos, and repeated attacks on trans people in national newspapers in the UK all taking place in the same week.

Thirdly, the reemergence of Straight Pride should be a call to action. It is important for us to utilise a critical lens in order to question what Straight Pride may mean, what it does, what symbolic spaces it occupies, what histories it colonises, and what struggles it aims to obliterate. At the same time, it is a call for a deeper exploration of the connections between sexuality, race, gender, nation, class, disability, religion, and ethnicity in relation to the tactics that make us governable. In the example of the Greek Straight Pride, the attachments to a nationalist agenda have implications for the boundaries that determine who is a Greek citizen and who is abjected. As such the available options for all people are framed strictly as either Greek Straight Pride or LGBT Athens Pride. Consequently, strategies such as homonormativity, homonationalism, and co-optation are presented as the only way of advancing LGBT acceptance and inclusion, while at the same time concealing the neocolonialist and neoliberal assumptions that underpin these strategies.

Therefore, while challenging Straight Pride and the politics inherent to it, we should not be complacent about critically interrogating strategies for recognition and inclusion. Further, even if Straight Pride does not explicitly target gender studies as a discipline, it ties into wider current attacks against the legitimacy of knowledge about gender and sexuality. If the crumbling walls of Pride shock some us into thinking more critically about the power of anti-gender politics, then Straight Pride may also inadvertently open up an interdisciplinary critical space of collective resistance and struggle against anti-gender harm. 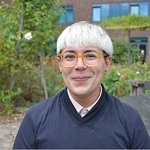 Dr Avi Boukli is a Lecturer in Criminology at The Open University. Their research is concerned with social harm, social justice and some broader questions to do with the interface between structural inequalities, crime, gender, sexuality, and zemia.

Bad Behavior has blocked 293 access attempts in the last 7 days.