The Sexual Harassment at Workplace (Prevention, Prohibition and Redressal) Act [Act] is a piece of legislation that seeks to protect women in India from sexual offences at their workplaces. The act mandates every institution to constitute an “Internal Complaint Committee” to redress the issues of harassment faced by women within the organization. The act has so far proved to be an effective instrument for bringing out sexual harassment instances in India, however, there are certain issues associated with the practical implementation of the act, which are serving to the detriment of its objectives. This article discusses two such issues.  First, the act fails to provide for vicarious liability of the employers which is one of the most pertinent impediments for victims to get adequate compensation. Second, many perpetrators ask victims to sign Non Disclosure Agreements [NDA] in exchange of hefty compensation. Such agreements are not barred by the act nor by any other law and are often used to buy “silence” from the victims. While the statute aims at providing every woman a secure, safe and dignified working environment, practical implementation of the act is heavily challenged by these two problems. The act was enacted with the objective of preventing sexual harassment instances at workplace by creating deterrence and to ensure effective redressal of complaints[1]. This article further argues that with these two issues unaddressed, as is currently, victims are neither redressed adequately nor does the objective of prevention by creating deterrence seems to be fulfilled. The article concludes with a few possible solutions to address these issues associated with the act. 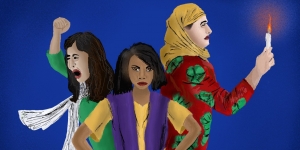 The principle of ‘vicarious liability’ is not a stranger to Indian Jurisprudence, especially for damages and compensational reliefs. Generally, the amount of compensation that an employer can pay is higher than what can be paid by an employee, which may enable the victim to get adequate compensation. In light of the Deep Pocket theory, liability should be borne by the person who is in a relatively better position to bear it. An employer is certainly in a better position to bear the compensational liability, while an offender, if not paid well, would not be in a position to adequately compensate the victim, thus leaving her without proper relief. Absence of employer’s liability is, therefore, one of the major reasons why aggrieved women are unable to get adequate compensation.

The act provides the remedy of compensation to an aggrieved woman. The amount of compensation payable has to be determined based on the income and status of the alleged perpetrator among other factors. The perpetrator with deep pockets may agree to pay huge compensation to the victim but in return, may demand the victim’s promise to not disclose his name. In fact, many women are made to sign such NDA’s in their employment contract itself. This has led to a paradigm where women may get compensation from the perpetrator but the identity of the perpetrator(s) does not get revealed to the public. The perpetrator will perhaps continue working in the same workplace as that of the victim and the victim will be bound by the NDA not to disclose his identity. In this process, the larger objective of creating deterrence among the general public to prevent such instances in future[2] remains unfulfilled since the name of the perpetrator does not come out in public thereby potential employees or future victims remain devoid of any warning signals about the dubious character of the perpetrator. As per Section 28 of the Act an offender’s liability to compensate the victim under the act is in addition to his criminal liability under Section 354 of the Indian Penal Code [IPC]. IPC imposes punishment of imprisonment against such offenders. However, a victim who has signed an NDA with the offender would be bound by the contract not to reveal his name to anyone including the Police and the State. She is therefore rendered in a situation whereby she cannot invoke criminal liability against her offender. The current scenario has created the “Harass and pay” regime, where a perpetrator readily escapes the real life consequences of his crime such as public accountability and criminal punishment by paying hefty amounts to the victims while his identity remains undisclosed.

Another issue that hinders in the public accountability of the offenders is the unfounded condemnation of women who come out in public and reveal names of the offenders in the media. Such disclosures seldom have an adverse impact on the reputation of the accused by creating a widespread perception of guilt through newspapers and television coverage before the verdict of the court. This process of creating perception of guilt by the Media is known as ‘Media trials’. Media trials in India are often considered to be the violation of the Article 21 of the constitution of India for disrespecting the “Due Process of law”, the main argument being that ideal process for seeking relief in cases of sexual harassment is to file a complaint in the court of Law and not to reveal the name in the public before the verdict of the Court. However, in the ruling laid down by Vidya Sharma v. Shiv Narain Verma[3] the Supreme Court held that the obligation of Article 21 to follow due process of law is imposed on the State and its instrumentalities (as defined under Article 12 of Indian Constitution) not on private individuals. It is the duty of the state towards citizens to follow due process of law and not the duty of the citizens towards other citizens.  Also, under Article 19 of the Constitution of India every citizen is bestowed with the “Right to Liberty of Freedom and Expression” which would also include the right to reveal name of the accused(s) in the media. If the accused is really innocent, then he always has the remedy of filing a suit for defamation against the person falsely accusing him of sexual harassment. In fact, defamation is also a criminal offense in India under Section 499 IPC.

In conclusion, these broad issues, in terms of their magnitude and importance, require strong discussion and discourse to enable finding a way-through and other practicable solutions. A possible intervention which can be made to incentivize employers for creating the safe workplace environment is to impose upon them, along with the offenders, a part of the liability to compensate the victim. It will act as an impetus for them to create a safe environment at the workplace and will also make them more cautious while employing people with a history of sexual offences. To tackle the problem of public accountability, NDA’s which are buying victim’s silence should perhaps be held as violating “public policy” and “morality” under section 23 of Indian Contract Act. As per the provision, any agreement which is opposed to public policy and morality is void and unenforceable by the law. Punishing an offender is certainly one of the important components of public policy; common law jurisprudence also mandates that no crime should go unpunished[4]. Hence in the present context whereby offenders are easily evading their punishment through the instrument of NDA’s, such agreements should be declared as void and unenforceable for being contrary to public policy. 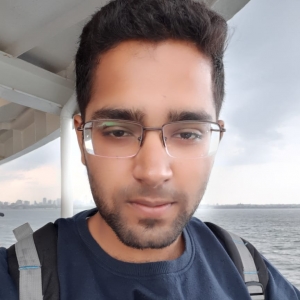 Sarthak Makkar is a third-year undergraduate student reading law at Gujarat National Law University, India. He has served as a delegate at the 55th Session of UNCITRAL Working Group V. He directs an ADR competition ‘ODR Bowl’ and operates an online dispute resolution platform ‘NyayaGuru’ which is based on the application of Game theory to discover the truth. He is a member of the editorial board of ‘The King’s Student Law Review Forum’ and ‘The GNLU Law Review.’ He works as a Legal Researcher at Columbia University Project on Global Freedom of Expression and takes an active interest in human rights jurisprudence.

[4] Evolution of jurisprudence of “Victim Less Crimes” is based on this principle- despite the absence of any particular victim, criminal act shall be punished. Crime is considered as an offence against the society ratherthan an individual, hence it has to be compulsorily punished and no single individual including the victim can be vested with the authority to let go the offender without punishment.

Bad Behavior has blocked 342 access attempts in the last 7 days.