Men, Sex Work, and the Construction of Sexual Victimhood

Men, Sex Work, and the Construction of Sexual Victimhood

This blog post is based on an article published by the author in the Virginia Journal of Social Policy & the Law.

In early 2018 the United States Congress passed the Fight Online Sex Trafficking Act (FOSTA). The bill, ostensibly meant to end Internet-based sex trafficking, allows website operators like Facebook and Craigslist to be prosecuted for third-party content on their sites that relates to prostitution or sex trafficking.

Despite the law’s professed anti-trafficking goals, in reality, the law made life much more difficult for the many sex workers who relied upon Internet-based tools for their personal safety and protection. According to research published in the Fordham Law Review, a month after FOSTA was enacted, thirteen sex workers were reported missing, and two had died from suicide. Others experienced an immediate uptick in unwanted solicitation for trafficking, and many experienced increased rates of sexual violence and suffered significant economic consequences. [1] 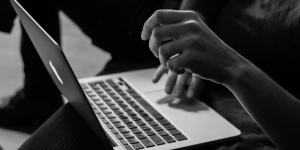 Photo by Sergey Zolkin on Unsplash

FOSTA’s harmful effects on women working in the sex industry have been well documented, as many were forced off of the Internet and into dangerous street-based recruitment. However, little was known about FOSTA’s effects on men who worked in the sex industry. Were male escorts similarly harmed by the law, or were they largely spared because of their gender? As a PhD student studying gendered violence against men, I moved to the San Francisco Bay Area in June 2019 to find out. I interviewed 26 men who worked as escorts, the majority of whom had been negatively affected by FOSTA in some way. My study also revealed several patterns about how sex workers use Internet technology to protect themselves, grow their client bases, and interact with each other.

I found that the rapid changes following the passage of FOSTA had a significant negative effect on the psychological and financial well-being of men working in the sex industry. Several reported that clients were emboldened by the law, asking for more dangerous services and offering less money. Many also lost contact with a significant portion of their client base, forcing some men to go into debt or move in with friends or partners to make ends meet. Another told me about how he had paid a photographer to take professional erotic photographs of him, only to lose access to the sites where he could advertise those pictures to potential clients.

Male sex workers also told me how FOSTA limited the safety resources available to them, with several “bad date lists” (or lists of dangerous clients) being taken down by worried hosting platforms. Other sex workers had their social media accounts arbitrarily deleted or censored with no way of appealing the decision, resulting in confusion about the types of speech and expression allowed on various platforms. These changes created serious stress for several men with whom I spoke, who told me about the disappointments and emotional trauma caused by the sudden shift in business.

Despite these many harms, however, I also found that many men simply moved their advertisements to websites based in Europe. Several men explained how the existence of these European male sex work websites allowed them to screen clients before meeting for an encounter, increasing their personal safety and control of the situation. Notably, one man told me that he experiences much lower rates of violence meeting clients from the Internet than he does working as a dancer in a gay bar. Similarly, a different man told me how he had his nose broken by a stranger’s boot while working on the streets of San Francisco in the 1990s; now that he is able to advertise on a Dutch escorting website, he has not had any violent encounters with clients in the past decade.

Sexual Victimhood and the (De)regulation of Sex Work

Looking at Congressional debates preceding the passage of FOSTA, it is clear that legislators had a strictly binary view of violence in American society. In other words, men were always perpetrators, with women being understood almost exclusively as victims. In addition to being inaccurate, such a binary obscures the very real consequences that FOSTA would have on the lives of male sex workers in the United States. Instead of only seeing sex work as a female occupation, it is important for legislators to also consider the views and needs of male and non-binary sex workers.

Similarly, legislators wrongly conflated sex work and trafficking when passing FOSTA. While sex trafficking is a very real phenomenon that affects people of all genders, consensual adult sex work is a distinct concept that should not be criminalized or regulated in the same way. It is impossible for lawmakers to prevent anyone from selling sex through the use of criminal punishment; rather, criminalization only makes the sale of sex more dangerous, increasing violence and stigma against sex workers. Decriminalizing consensual adult sex work would allow sex workers to access labor laws, occupational health and safety provisions, and other government protections in a way that is currently unavailable in the United States. Similarly, rather than simply criminalizing a certain type of speech on the Internet (as was done with FOSTA), governments should work to address the underlying economic and societal forces which perpetuate sex trafficking and other gender-based violence throughout all societies. 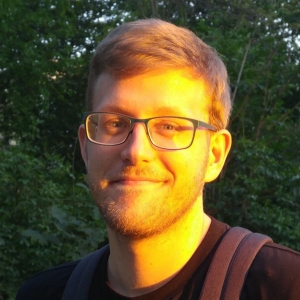 David Eichert is a PhD Candidate at LSE’s Department of International Relations, where he studies gendered violence and international law. He previously earned a JD from Cornell Law School and an MA from New York University.