“Gender Equality as Smart Economics”: Questioning the Assumptions behind the Claim

“Gender Equality as Smart Economics”: Questioning the Assumptions behind the Claim 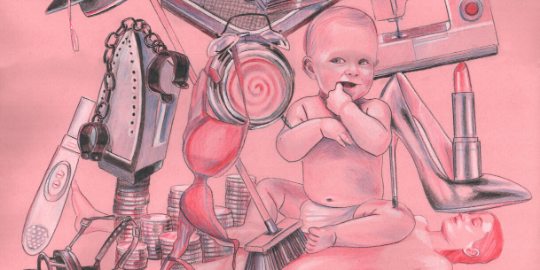 The “business case” for gender equality and women’s empowerment has become widely internalized, pursued and institutionalized by development agencies, national governments and corporate social responsibility initiatives. For decades, the idea of gender equality as smart economics has prevailed as the rationale behind policies and programs implemented mainly in low-income and developing countries. But what are the assumptions behind this claim? What are the risks of endorsing them and do they accurately capture people’s realities and experiences? Given how little this is questioned and how commonly the idea of gender equality as “smart economics” is used, I believe it is important to deconstruct and analyze its foundations.

The origins of gender equality as “smart economics”

The origins of this idea date from the 1970s, when the term “Women in Development” (WID) was coined. This approach was based on the argument that the recent economic development process was not equally benefiting men and women; it was instead contributing to deteriorating women’s position in terms of rights and status. The WID movement advocated for gender equality; however, its central and more popular discourse was based on economic efficiency arguments, also known as the “gender efficiency approach.” This approach was based on the idea that when women have access to education, jobs, credits, and assets, they are able to contribute substantially to society’s economic growth and catalyze its development process. Thus, as per this logic, achieving gender equality is in society’s collective interest; this is why it is depicted as smart economics. This claim has gained importance in the field of international development and it is probably best illustrated by the World Bank’s 2007 Global Monitoring Report where it refers to the MDG3, arguing that “In the long run […] greater gender equality in access to opportunities, rights, and voice can lead to more efficient economic functioning and better institutions, with dynamic benefits for investment and growth. The business case for investing in MDG3 is strong—it is nothing more than smart economics.” This illustrates how the instrumental argument for achieving gender equality has prevailed over the intrinsic (i.e. a rights-based approach) with several premises and assumptions underpinning it.

The rationale behind these assumptions is contested as they fail to capture the structural discrimination against women in the form of patriarchal, cultural and social norms that continue to play a central role in social life, especially in developing and low-income countries. Gender equality as per its standard definition – having equal access to economic resources, equal levels of education, and access to the labor market – does not necessarily lead to economic growth in every case, nor does it invariably benefit men and women equally. This is one of the fundamental critiques that feminist economics poses to mainstream economics.

I will draw on the two major assumptions that have shaped the mainstream gender and development discourse and policies:

It has been argued that gender equality can improve development outcomes for the next generation because when women have more control over economic resources, they will be more likely to invest in their children’s human capital (i.e. health, education and wellbeing) than men. This argument assumes that children’s chances of a healthier life, higher life expectancy and improved quality of life are directly linked to ‘gender equality’, that is, to women having access to economic resources and being able to choose where to allocate them. Thus, women’s empowerment is regarded as an enhancer of cross-generational social mobility and of long term social and economic returns, a reason why it is labeled as smart economics.

There is indeed compelling micro-level evidence that corresponds to the argument above. Studies conducted in Guatemala and Brazil showed that a higher female share of the household budget is associated with better nutritional status of children as opposed to paternal income. Moreover, women’s equality in education is related to a higher level of bargaining power within the household, which is associated with greater participation in reproductive decisions as well as higher quality of care and investments in their children. Nevertheless, relying upon the maternal altruism stereotype to develop and implement policies entails two critical constraints:

Therefore, while it is true that women tend to invest more economic, social and personal resources in their children than men, there are certain intrinsically gendered constraints posed by the structural distribution of roles, responsibilities, beliefs, rules, values, norms and identities based on socially-constructed dispositions that inevitably limit and shape women’s preferences and choices. Women’s empowerment, – if seen as providing them with access to economic resources in the form of cash based on their association with reproductive responsibilities – does not inevitably lead to economic growth for all. Ironically, it leaves women out of the development process employing them as an instrument of human capital reproduction (i.e. to undertake the labor needed to produce and maintain current and future workers that will contribute to the economy).

The assumption that gender equality leads to productivity gains lies in the idea that when women, who have been typically excluded from participating in the formal economy, become active participants, their economic empowerment will have a spillover effect and contribute to overall economic growth. Nevertheless, this has failed to recognize the gender dimensions of human capital and labor that this economic growth entails.

Most of the studies conducted on the basis of this assumption conclude that higher gender equality in educational attainment and in the labor market lead to economic growth, following the rationale that the more equality, the more optimization of the use of human resources in an economy. There are studies that conclude that a reduction of educational gender inequality has positive outcomes in gross economic growth. A study by Knowles et. al. based on cross-country macro-level data for 74 developed and developing countries found that for every 1% increase in female education, the GDP per worker would increase 0.37%. However, the type of employment opportunities that are available for women and the wages they typically receive must be a central consideration for this assumption.

If wages are considered as indicators of equality, then the rationale behind gender equality as “smart economics” becomes questionable. This is illustrated by The Global Gender Gap Report 2020 which shows that even though the educational attainment gender gap has shrunk in sub-Saharan Africa (13%), South Asia (6%) and Latin America and the Caribbean (1%), the economic participation and remuneration gap remains high with 34%, 64% and 36% respectively. Economies that are primarily based on the exports of high labor-intensive manufactured goods with a high price elasticity benefit from gender inequalities in wages and rely on women’s cheap labor. This lowers the unit cost, enhancing competitiveness, attracting investment and driving economic growth. Yes, women have increased their share in the formal labor market, but in low-income countries, this is primarily in highly feminized labor markets. Women have a reduced representation in capital-intensive industries, and instead, are overrepresented in export-led and labor-intensive manufacturing markets, such as the garments and textile industries. Patriarchal gender norms in most low-income countries regard women as secondary earners and primary caregivers, crowding them into a limited number of “feminized” and precarious occupations, which actually have high costs for gender equality. This is why it is important to question what is really meant by “gender equality” in these contexts.

The premises that sustain the claim of “gender equality as smart economics” are based on assumptions and arguments that rely on rigid gender biases and societal norms, and have a limited understanding of people’s everyday experiences. Putting in practice the idea of gender equality as “smart economics” not only reproduces and reinforces patriarchal norms, but it also prioritizes the instrumental argument of gender equality over the intrinsic. This leaves on a secondary plane the urgent need of addressing long-standing gender inequalities, and it fails to recognize the value that gender equality has in and of itself, justifying it instead for its benefits for economic growth. 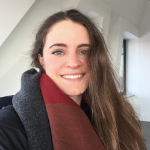 Cecilia Berlanga Alessio Robles is an international development professional. She has worked as a consultant for the Inter-American Development Bank in Mexico and has collaborated in projects funded by the Mastercard Foundation and the Bill and Melinda Gates Foundation in Rwanda and Kenya. Her research interests include education policies and educational inequalities in quality, access and learning as well as gender-sensitive policy analysis and feminist theory. She holds a BA in International Relations from ITAM in Mexico and a MSc in Social Policy and Development from the London School of Economics and Political Sciences.

Bad Behavior has blocked 227 access attempts in the last 7 days.