Despite the gradual acceptance and recognition of rights of sexual minorities, more than 68 countries still criminalize consensual same-sex sexual acts, with severity of punishment in these countries going as extreme as the death penalty.  However, state-sanctioned homophobia is not the only form of hostility. It can also be observed in the form of a state’s tolerance and/or failure in curbing aggression aimed at sexual minorities. An example of such behaviour is prevalence  of inhumane acts such as conversion therapies and corrective rape therapies, in African and Asian Countries, such as India where conversion therapy receives societal patronage despite the decriminalization of homosexual activities. 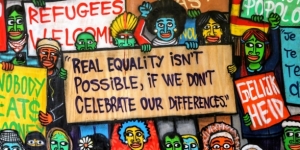 Historically, the countries have been provided with the discretion in adjudicating the veracity of SOGI claims made to them. The different tests being implemented under such discretion have allowed the infestation of stereotypical norms stemming from heteronormative perception of sexual minorities or from that of dominant western narratives. Through this post, it is put forth that these stereotypes pose a huge obstacle for a fair adjudication of SOGI claims evincing the need for change, in the asylum adjudication framework.

The hegemony of heteronormative stereotypes in asylum adjudication

Unlike heterosexual refugees, asylum claimants recognizing themselves as sexual minorities are frequently expected to conform to neoliberal narratives of sexual citizenship grounded in visibility politics. Such politics can clearly be observed in asylum adjudication of sexual minorities, in instances where physical traits in consonance with the stereotypes are used for validating SOGI claims, like associating effeminacy with homosexuality. Furthermore, sometimes grant of asylum is on the basis of how well an applicant can discuss their sexual experiences.

The prominence of heteronormative stereotypes in the adjudication of SOGI claims first came to light through a case adjudicated by the Court of Justice of the European Union (“CJEU”) called the ABC case. Here, individuals- ‘A’, ‘B’, and ‘C’ were claiming asylum on the basis of their homosexuality, in the Netherlands for which they were either subjected to tests, where only stereotyped notions were being deemed credible or had to undergo a detailed questionary of their sexual practices. Furthermore, one of them had to submit films exhibiting private intimate acts as proof for the granting of asylum. The creation of a framework allowing detailed questioning of sexual practices or soliciting sex tapes shows that the quantum of privacy given to asylum claimants of sexual minorities was far lower than their heterosexual counterparts. Such adjudicatory processes tantamount to a heteronormative paradigm for sexual minorities.

The CJEU prohibited such a framework of adjudication that used stereotypes as a test. It was further observed that questions about claimants’ sexual practices and sexual orientation are different and that questions relating to the former invades privacy rights. CJEU also prohibited the administration of any tests which require evidence in forms of videotapes, photos of private sexual activities, infringing the dignity of individuals.

The ABC case is a paragon of how the hegemony of heteronormative stereotypes adversely affects the asylum claims of sexual minorities. The discretion, provided to the countries for adjudication of SOGI claims combined with a lack of guidance, has led to the usage of stereotypes as litmus indicators. These stereotypes ever so often, result in the rejection of many authentic narratives of sexual minorities solely based on dissonance with heteronormative perceptions.

The hegemony of Western narratives

In addition to heteronormative norms, prominence of Western academic literature of the colonial era relating to the psyche of sexual minorities plays a huge contributing factor to such stereotypes. From the beginning of research on sexual minorities in the West, these minorities have been labeled as deviancies stemming from a mental illness, despite these notions being proved as false and ill-conceived with empirical proofs. The prevalence of such literature in the West has led to the inception of certain stereotypes, which infest the belief system of many individuals in the wrong sense on how the psyche of sexual minorities is different than the psyche of a heterosexual.

These misbeliefs sometimes culminate in the form of broad strokes of generalizations about the psyches of sexual minorities and can adversely affect their SOGI claims. This concern was also highlighted by CJEU in F. v Bevándorlási és Állampolgársági Hivatal (the F case), where Hungary solely relied on projective personality tests such as the Draw-A-Person-In-The-Rain, Rorschach and Szondi tests for determination of SOGI claims. CJEU observed that usage of expert reports was not invalid, however, they should not be the sole criterion for adjudication, due to the inherent inaccuracies of these tests. Furthermore, the lack of any alternatives and Hungary’s sole reliance on personality tests was found to be coercive in nature. Hence the adjudication process was held to be violative of  Principle 18 of Yogyakarta principle, which disallows the use of force to undergo any form of psychological test on account of asylum claimants’ sexual orientation or gender identity.

The facts surrounding the F case highlights that there was an underlying pre-conceived notion that individuals with a particular sexual orientation have certain personality traits, which is patently false. Ascertaining one’s sexual orientation objectively while placing reliance on baseless stereotypes is impossible and fails to consider the complex continuum of SOGI. It also clearly disregards the fact that the psyche of an individual may also differ in accordance with cultural diversity.

Furthermore, existing literature on the refugee framework primarily focuses on heterosexuals and cis genders. The limited academic literature surrounding the asylum framework of sexual-minorities also has a hegemonic western narrative of “migration to a liberation nation” which reinforces the narrative of an intolerant East and a progressive West. This homonationalist discourse acts as an impediment in SOGI asylum claims by reinforcing a single narrative of gay or lesbian identities precluding the non-western sexual subjectivity. Such homonationalist discourse leads to moral, physical, and psychological boundaries, leading to an understanding of SOGI in concrete labels such as that of gays and lesbians. Such labels fuelled by western narratives adversely affect the asylum claimants by not allowing them to recognise themselves in these Western narratives, despite coming under the ambit of a sexual minority.

Adjudication of SOGI claims has suffered from a lot of flaws mainly stemming from desensitization towards the needs of sexual minorities. However, this could be mended by educating the adjudication officers and providing them with a rudimentary model which provides flexibility and guidance to responsibly adjudge SOGI claims, while accounting for the differences across cultural and racial backgrounds of asylum seekers.

Perhaps, one of the best models for such a framework at present is the Difference Stigma Shame and Harm Method (“DSSH Method”). The idea put forth by this model advocates for posing open-ended questions to claimants which leads to a guided discussion rather than an interrogation. The first question guides the discussion to how the claimants knew that they were different than other boys or girls. The course of this dialogue then slowly shifts towards stigmas associated with boys and girls in the claimant’s home state. The issue of stigma can lead to a discussion of when and how asylum applicants learned that the majority of their originating society disapproved of their identity and/or conduct, and that society implemented laws and cultural practices to respond to LGBTQIA+ community in an oppressive manner leading to a feeling of shame. This leads to a discussion of harm where the claimant narrates the existence of a fear of harm from state or non-state actors, which leads them to have a well-founded fear of persecution in their home state.

Since the asylum claims are made to other countries, due to intolerance of an individual’s Sexual Orientation or Gender Identity is concomitant with persecution in their home state, the usage of the claimant’s narrative as a tool for adjudication reduces the claimant’s burden of proof to a great extent. Assimilating the DSSH method will be a progressive step altogether. However, refugee frameworks need to be revamped to a greater extent to put sexual minorities’ claims to asylum at par with the heterosexual refugee. 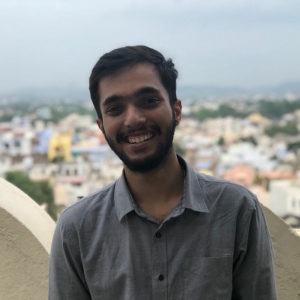