When Solidarity Comes to the Rescue, We Need to Ask if it’s Equitable

When Solidarity Comes to the Rescue, We Need to Ask if it’s Equitable

A wooden spoon. This humble kitchen utensil became the symbol for this year’s protest campaign of gender equality activists in Slovakia. At its launch, Zuzana Maďarová from feminist organisation ASPEKT explained that spoons represent women’s hidden and underappreciated care work. The campaigners thus turned to spoons to become beacons, bringing to the limelight gender-based inequalities that Slovak women experience and mobilizing women and activists in support of their rights. Transnational solidarity poured out in support of this activism, led by organisations such as Možnosť Voľby, ASPEKT, and Amnesty International Slovakia.

As a Slovak ‘gender and development’ researcher and practitioner, I watched these transnational collaborations from my base in the UK with much respect and appreciation. Experience shows us that successes of many campaigns of feminist and women’s rights organisations have historically hinged on depoliticized/cross-party unity of activists domestically, and were aided by pressures from like-minded organisations internationally.

The history of transnational organizing also shows us the intertwined relationship of patriarchy, racism and capitalism, and their (neo)colonial expansions. These ties are easily seen in development cooperation, migration and trade policies and popular discourse in many EU and OECD countries. In Slovakia, civil society activism and debates about gender equality are included in some anti-racism efforts in support of refugees, asylum seekers or the Roma. However, international development remains largely devoid of meaningful gender-sensitivity and feminist ambitions. As attacks on gender equality intensify at home, infusing gender equality into development cooperation is not only a ‘nice to have,’ but it is essential due to the intersecting nature of the systems of oppression.

Collaborations of Slovak gender equality organisations with non-government development organisations (NGDOs) offer an immense opportunity to start positive changes for the entire development ecosystem. It would enable Slovak feminist and women’s rights organisations to create stronger, more effective and equitable transnational solidarities. It could be one avenue to new alliances and partnerships with organisations in regions of the world where Slovak feminists have historically not been engaged, while improving the quality of development initiatives as has been done with other feminist development initiatives. Together, they become better equipped to support gender equality in a way that embraces intersectional and decolonial feminist thought and approaches from around the world and thus be more effective in fighting for gender equality.

I understand that many Slovak feminist and gender equality activists are on the brink of complete burnout – experiencing exhaustion and deflation. Populist conservatives have been mobilizing against so-called ‘gender- ideology’ for several years now, with the self-proclaimed-Christian right rearing its ugly head periodically with so-called marches ‘for life’ or the infamous 2015 Referendum on family, which failed in its attempt to solidify heteronormative underpinnings of our legal system and “oppose same-sex marriage and adoption.” 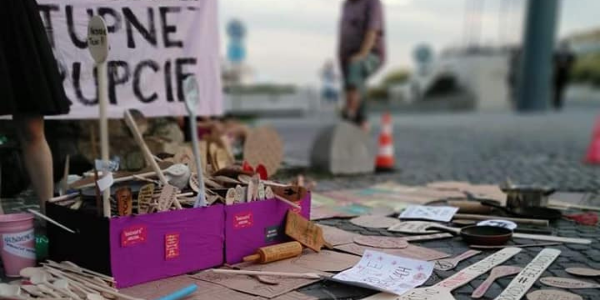 And now, they were forced to resist the latest attempt to encroach on women’s rights to safe and dignified abortion. Proposed by Slovak MPs, the legislative move against reproductive and sexual rights forced people into the streets, to march with spoons and rally around the hashtag NebudemeTicho (“We will not be silent”). For many, risking exposure to COVID was a risk worth taking, as the backlash against gender equality in Slovakia has been accelerating.

Since the current coalition government, led by the OĽANO party of Prime Minister Igor Matovič, came to power in 2020, several appointments in government ministries and agencies were a foretaste of what the new political establishment has in store for gender equality. Oľga Pietruchová, the former director of gender equality department at the Ministry of Labour and a household name in feminist circles, resigned earlier this year from her role amidst these shifts and appointments. She explained her stepping down was a result of a sharp swing in the country’s direction towards the Polish and Hungarian trajectory, where the political establishment has been systematically decimating gender equality.

Slovak feminists and rights activists have stood in support of their Central/Eastern European counterparts for many years and several Polish and Hungarian organisations were amongst the 100+ institutional signatories of the letter campaign to Slovak MPs, which was sent before the parliament’s debate of the draft bill in September 2020.

They also received support from organisations and politicians such as Dunja Mijatović, the Human Rights Commissioner of the Council of Europe.

Many other international supporters of this campaign were, however, Europe-centric entities or global bodies. Only a few signatories were from Asia, Latin America, Middle East and Africa, with notable exceptions of organisations like DAWN. The alliances and solidarity represented in the signatories list are extremely important and helpful. In the face of exhaustion that activists experience, the encouragement to keep going is priceless. The support from like-minded gender equality sojourners also puts international pressure on the MPs, which was crucial for many other sexual rights campaigns. Yet, they also reveal where the geo-political centres of solidarity networks lie and who is excluded.

The Slovak official development assistance (ODA) has garnered limited attention of the country’s academic circles, political elites and the public at large. Very little of Slovak bilateral ODA, which is channelled through NGDOs and the private sector, can be considered to have gender-equality as the principal or even significant focus, to use the language of the OECD. It could be seen as a solidarity gap, which may come from historical legacies of the Slovak feminist community, which stalwarts Jana Cviková and Jana Juráňová argue has been domestically focused for many decades.

As in other OECD member countries, Slovak ODA is not only ‘spent’ abroad. Funds classified under ODA heading are also used within Slovak and EU borders, not least on projects and initiatives supporting refugees and asylum seekers. ODA is thus increasingly seen as a means to address ‘issues’ of migration, crossing over the walls of fortress Europe. It has become a tool in xenophobic attacks on black/ brown people and Muslims, by improving situations in their countries of origin, as if research has not disproved such ‘logic.’

The dehumanizing, racist approach to migration from outside of the ‘global North,’ has been targeted by many human rights organisations and civil society, including several of those who are fighting for women’s reproductive rights in the country. Research by Black feminists, womanists and other scholars from countries that have been subjected to oppression and exploitation, have shown that these forms of oppression and inequalities are inherently co-constituted by patriarchal norms and systems of power. Hence, with the colonial roots of development cooperation, patriarchy is an inherent element of development cooperation policies and practices, and development cooperation should be an inherent concern of Slovak women’s rights and gender equality agenda as well.

As a Slovak ‘gender and development’ practitioner and researcher, I would argue that intersectional and decolonizing solidarities mean that the project of dismantling patriarchy in Slovakia needs us to work across all socio-political fronts, including development assistance, and geographies and to work in a way that actively yields power and resources to women, feminists and gender equality activists from the ‘global peripheries’. To take up yet another struggle is a big ask of organisations and activists, who are forced to stay in a constant survival mode. However, women of colour from around the ‘global periphery’ have fought against the long-term adage that the fight against racism or colonial domination comes before or should be separated from the fight for gender justice and vice versa.

One way to strengthen the intersectional fight against oppression and exploitation in their multiple disguises is to increase the knowledge and skills of NGDO practitioners, who could be pro-equality allies in the country, where the state apparatus might not be so inclined, so that they can work with women’s rights organisations in their project communities. Many NGDO workers claim that their projects lack gender-sensitive approaches because they do not have the expertise. To the best of my knowledge, none of them are attempting to support feminist mobilizing abroad and support women’s political activism in ways, which the organisations in recipient countries would want.

In the latter part of October, the spoons campaign against the legislative changes to women’s rights succeeded and the draft bill was voted down. One of the MPs, who initiated the bill, declared her ambition to bring it back in six months’ time. And so, the urgency remains to find avenues to better protect and promote the gender equality agenda. One strategy is to work together will Slovak NGDOs and build greater intersectional solidarity in the future. So when the patriarchal attacks return, future signatories’ lists are truly global and represent women from all regions of the world, who have been positively impacted by the Slovak feminist and gender equality community. 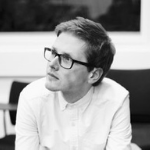 Ján completed his PhD in Gender studies at SOAS in 2019, in which he focused on women’s empowerment through role models and political representation in South Africa. He is part of a specialist team of network builders who focus on strengthening young people’s access to networks and relatable role models. The views expressed here are his own, and he is grateful for the insights from many gender equality experts and development practitioners that informed them, and for the feedback on earlier drafts from Michelle Lokot.

Bad Behavior has blocked 1108 access attempts in the last 7 days.